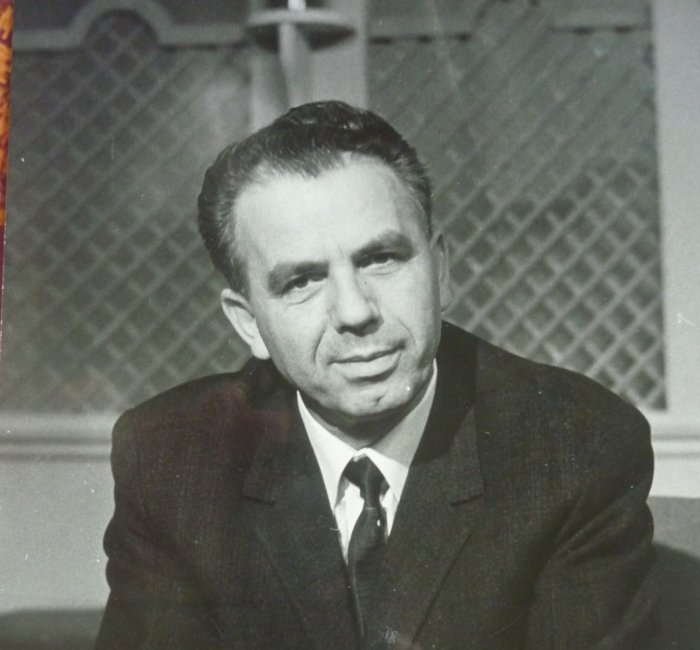 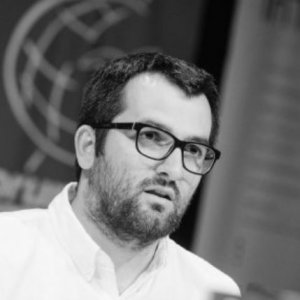 The adoption of the Resolution at the Bujan Conference on December 31, 1943 - January 2, 1944, among others, explicitly stated that Kosovo wants to join Albania. However, there were indications among Yugoslav partisans that this would not be possible. This is confirmed by the letter that Milovan Đilas, the right hand of Josip Broz Tito, sent in March 1944 to the adopters of the resolution. The letter states the following: "raising the issue of border changes helps the Germans to incite peoples against each other." In March 1944, Tito wrote that Vojvodina and other similar areas "would gain broad autonomy and the question of which federal unit these areas would join would depend on the will of the people, through their representatives, by a final decision after the war.”

In February 1945, Eduard Kardel, one of Tito's closest advisers at the Central Committee of the Communist Party of Yugoslavia, said that "the best solution would be to join Albania, but because foreign and domestic factors do not favor this, it must remain a compact province of Serbia.” At the same time, when Kosovo came under military administration commanded by Savo Drljević, Fadil Hoxha agreed to become his deputy commander. Worse, he agreed to take part in military operations against Shaban Polluzha and his comrades-in-arms, who were fighting against crimes and injustices targeting Albanians. This is one of the big stains in Fadil Hoxha's biography. 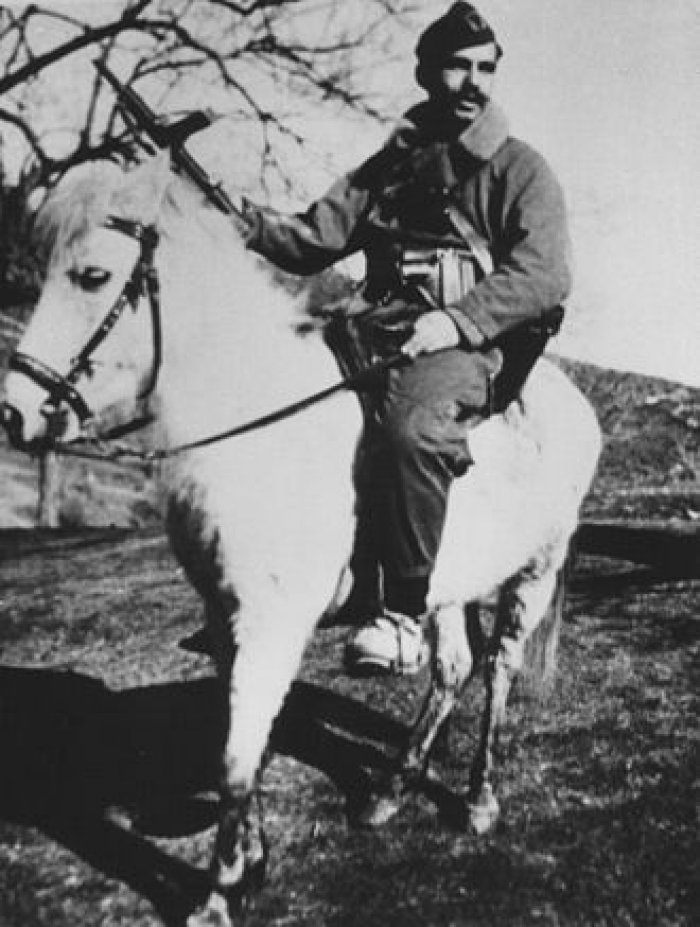 From 1912 onwards, whenever the territory of Kosovo fell under the rule of a foreign country, Serbia incited uprisings of Kosovo Albanians against these foreign empires. The purpose was to make Kosovo easier to occupy once such empires leave Kosovo. This is what happened with the Albanian uprising of 1912 against the Ottoman Empire when Serbia supported Albanians by providing money, ammunition, and weapons to Isa Boletini, and once the Ottomans left, Serbia invaded Kosovo, committing horrific crimes against Albanian civilians. Isa Boletini resisted the Serbo-Montenegrin forces but was eventually killed.

The same scenario happened between 1915-1918 when Kosovo was under the rule of the Austro-Hungarian Empire. Serbia supported Azem Bejta to fight against the Austro-Hungarian regime, and when they left, Serbia invaded by committing terrible crimes against Albanian civilians. However, Azem Bejta resisted the Serbian forces, but as Isa Boletin, a similar fate followed him. Bejta was eventually killed.

The situation was similar during the 1941-1944 period when Kosovo was under Italian/German rule. Serbia supported Fadil Hoxha to fight against the Nazi fascists, and once those troops were gone, Serbia invaded Kosovo by committing crimes against Albanian civilians. But this time around, unlike Isa Boletini and Azem Bejta, Fadil Hoxha did not resist the Serbian forces and therefore survived.

In April 1945, two of Fadil Hoxha's comrades-in-arms, Dušan Mugosha and Mehmet Hoxha, members of the Anti-Fascist National Liberation Assembly of Serbia, declared that Kosovo wanted to be part of Serbia, Fadil Hoxha did not say a single word. Even worse, when 142 representatives of the Communist Party in Kosovo, of which approximately one-third were Albanians, adopted a resolution on the annexation of Kosovo to Serbia, no one rejected it. There was simply no discussion, the resolution was adopted by acclamation. Fadil Hoxha was among the members of this Assembly.

Between 1945 and 1946, the Sami Frashëri gymnasium sports hall in Pristina was transformed into a courtroom. Fadil Hoxha's comrades-in-arms, Ali Shukria and Xhavit Nimani, the former in the capacity of the prosecutor and the latter as a judge, condemned Albanian political rivals. The Tauk Bahce park in Prishtina was filled with executed Albanian nationalists who opposed the Yugoslav regime.

Where was Fadil Hoxha when this happened? In his war diary during the 1941-1943 period titled "When spring comes late", he admits to giving orders to assassinate political opponents. Additionally, where was Fadil Hoxha when the Bar Massacre (Montenegro) took place when rigged trials were held against innocent Albanians, such as the Prizren Trial in 1956? Unfortunately, many times more innocent Albanian civilians were killed in the first four years of the so-called “liberation” of 1945-1949, rather than during the “occupation” of 1941-1944. 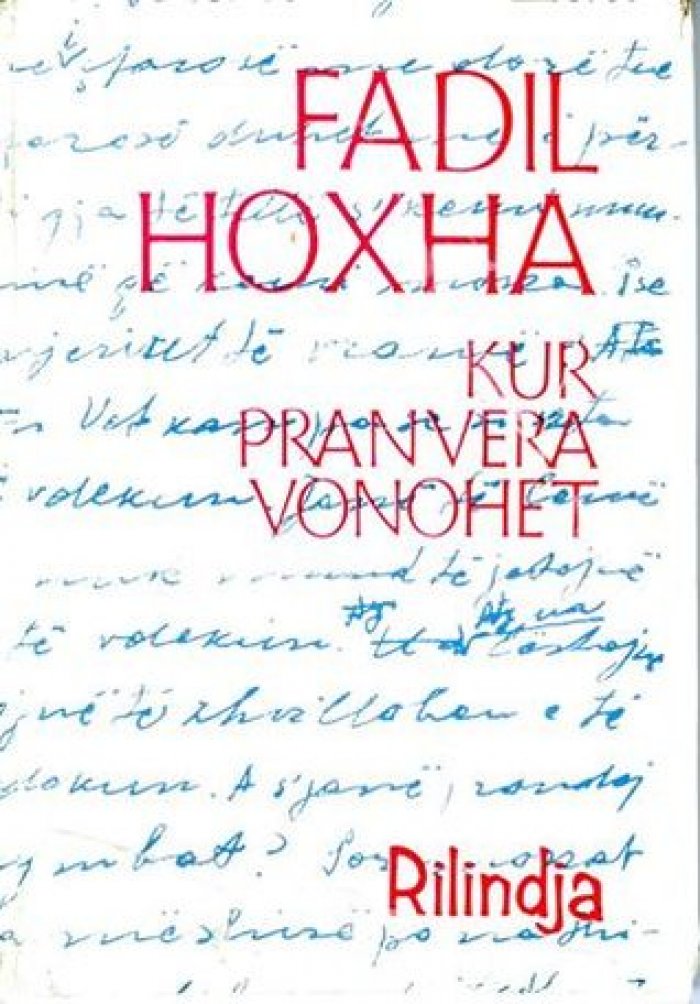 One of the most prominent Albanian politicians and writers of the time, Adem Demaçi, admitted during 1958-1959 investigations in prison that he had openly declared the need for the assassination of Dušan Mugoša and Fadil Hoxha. He also admitted that he suggested putting a sign on their corpses saying the following: “Where were you when Albanians were forced to Turkey? Where were you during the state action for the collection of weapons?” While Fadil Hoxha was in power, Demaçi was the one in prison. While Demaçi supported the demonstrations of Kosovo Albanians in 1968 and 1981 advocating in support of an independent Kosovo, Hoxha branded him as a nationalist, secessionist, irredentist, and so on.

However, during the 1998-1999 war in Kosovo, Fadil Hoxha was one of the few Kosovo Albanian political figures to visit Adem Demaçi at the office of the General Political Office of Kosovo Liberation Army and publicly support him. After the war, Demaçi said that Fadil Hoxha tried to do as much as he could to serve the Albanian cause, amid difficult times. Demaci stated that Hoxha was a diplomatic master because “he opposed me in public, but he insisted on defending the rights of the Albanian people during the meetings with the Yugoslav representatives.”

The contribution of Fadil Hoxha should not be denied. For example, right after the Second World War, during the first and last meeting with Enver Hoxha, he managed to provide Kosovo with 200 teachers from Albania as well as textbooks in the Albanian language. But, this development came as a result of several other factors. For instance, the organization of demonstrations of 1968, the intervention of the Soviet Union in Czechoslovakia, which influenced the repair of relations between Yugoslavia and Albania for fear of both countries from a similar intervention, a correction that also affected the improvement of Kosovo's position. Kosovo could even achieve the status of a Yugoslav Republic if its leadership during the ‘70s was more persistent.

There are other factors that influenced the personality of Fadil Hoxha not to be portrayed quite negatively among Albanians. After the demonstrations of 1981, Serbia's propaganda campaign against Kosovo was centralized against Fadil Hoxha. This propaganda culminated in 1986 with the affair that the Serbian press would describe as the "Fadilgate.” According to this, Fadil Hoxha suggested bringing women from other Yugoslav regions in order to prevent raping Albanian women in Kosovo. Hoxha then apologized to non-Albanian women and resigned from his position. He was also charged with inciting national, religious, and racial hatred, dissension, and intolerance.

Another factor that may have influenced the 'rehabilitation' of Fadil Hoxha's public image is the fact that after the war when the KLA leaders founded the Democratic Party of Kosovo (PDK), they declared Fadil Hoxha an honorary member, and on the occasion of his death organized his funeral with military honors by the Kosovo Protection Corps (TMK).

Unfortunately, there are no biographies available of any Kosovo political figure from the last century. Therefore, the life and work of Fadil Hoxha should be studied based on archives and the press of the time, and not only in the stories of his associates and opponents or Hoxha himself. Eventually, we should stop the practice of designing hagiographies for our political personalities and start researching and studying these personalities professionally. A professional biography should be compiled in the case of Fadil Hoxha. Hoxha’s house in Prishtina where his library is preserved should be designated as a museum, and expose both sides of his legacy.

*This article was originally written in Albanian. https://sbunker.net/teh/91307/fadil-hoxha-ne-peshore/