The logic of falsification of history 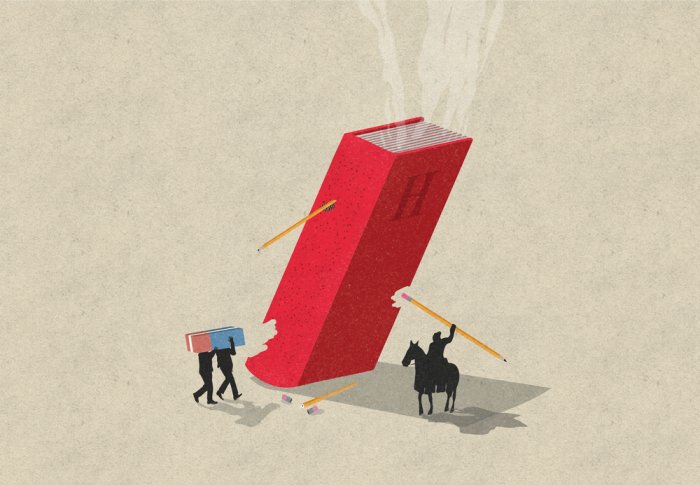 Do history books falsify history in Kosovo? It depends on what “falsify” history means. If it means the fabrication of evidence, as the Scots did when they made up the epic of Ossian to fake ancient and different roots from the Irish, no, Kosovo texts don’t do that, at least not the Albanian-language books I read. But if falsify means to embellish stories or silence them, yes, they do it.

All nations spin their national history to make it look good. But if we are serious about getting closer to the facts, we must critically read silences and falsifications of history, rather than just express outrage, which only risks provoking resentful defenses.

Let’s take one event of the Second World War: the mass expulsion of Serbs and Montenegrins from Kosovo, which although well-documented, is not mentioned in Kosovo textbooks. The one exception is an enigmatic reference in Fehmi Rexhepi’s Historia 9 (2015, p. 118): “As the majority, although they suffered much under the Yugoslav monarchy, Albanians were very attentive to their Serbian neighbors, especially after the destruction of Yugoslavia and the partition of Kosovo in three occupied zones. After the unification of one piece of Kosovo with Albania, the majority of Albanians took care of the Serbian and Montenegrin minority, and in many cases they even took them under their protection.”

What we have here is both silence and an embellishment of facts. Interviewing history teachers on the same subject, I mostly found denial, and only on one occasion the suggestion that Albanians protected Serbs. I believe that everybody was sincere, so why are these untruths so widely accepted, that they sound true? War, said the French historian Marc Bloch, is a great experiment in social psychology, and this is the context in which we must study the production of false news.

At the origin there is Albanians’ collective understanding of Serbia’s oppression in Kosovo since 1912, with the interwar period as particularly harsh, when Slavic minorities occupied Albanian-owned land thanks to an agrarian reform that actually was a great land robbery. Adding to this, the self-image of the Albanian nation is founded on what is believed to be uniquely Albanian: a tradition of hospitality and word of honor (besa) that challenges death, as in the legend of Doruntina and Constantine. As stories of suffering, but also honorable behavior, are told and retold through generations, the collective mindset of Albanians is fixed both on their own tragedies and on their identity as models of honor and humanity.

In this emotional framework, an event can take a life of its own.

In his beautiful oral history interview, Musa Dobruna tells that, “a Montenegrin came from the other side of the border and asked my father, ‘You as a big family of the Gashi tribe, lead us and they won’t harm us.’[…] the convoy of tens of carts with animals, as they used to be, would pass through, they had no money to compensate us, so they would give my father one rifle, each family. […]  And when they passed by the German guards, my father would give them one or two rifles, they would pat my father on the back, and the rest of the rifles, we’d keep them there. We would continue the road, we would take them as far as Deçan, the convoys of Montenegrins who came from Montenegro to our lands.”

We can read this extraordinary testimony as, “Albanians protected their Montenegrin neighbors.” It fits what Albanians believe about themselves. But through a critical reading, this text in fact reveals both the restraint of Albanians, and their role in facilitating the mass expulsion. Through other eyewitness and documents we learn that, yes, there were negotiated protections of the refugees, but not always, and the general context was widespread violence, by multiple actors.

The Italian High Commissioner for Kosovo, Carlo Umiltà, wrote in his memoir (Jugoslavia e Albania, 1947) about the miserable state of Serbs and Montenegrins all over Kosovo, with their houses looted and burned, as survivors lined up to be escorted by the Italian military across the border.  But he also wrote that all the Serbs in the Prizren municipality left voluntarily although protected, because they did not want to work under the new Albanian administration.

Italian sources reveal that there was local hostility, but also truces. When massive violence occurred, it was for more complex reasons than ethnic hatred. The young historian Mrika Limani has written that the logic of violence in Kosovo during the war depended on the degree of territorial control of the occupying forces, and the Italians did not fully control Kosovo because they relied on faulty intelligence and killed indiscriminately.  Italians also chose not to control certain violence, as Umiltà wrote: when in Peja, in the fall of 1942, Albanians massacred ten Serbs, ?etniks massacred hundreds of Albanians in retaliation, and the Italian troops did not stop them. Italians almost always favored Serbs, because they saw Albanians as illiterate, dirty and Muslim (sic). Albanians knew this, as Ramiz Kelmendi tells us in his oral history interview.

This violence was mostly incited from outside and above. Turning the violence on were Montenegrins, who spread the rumor that Italians were soon leaving and Yugoslavia would be back with vengeance; the Minister for Kosovo Ekrem bey Vlora, who pursued his nationalist plans; and the Italian King’s envoy Francesco Jacomoni, who wanted to become the regent of an ethnically cleansed Greater Albania. Luca Pietromarchi, a high official in the Italian Ministry of Foreign Affairs, wrote in his diary on January 8, 1943, that Jacomoni proposed to expel twelve thousand Montenegrins.

The Germans took over in 1943, and at first they considered inter-ethnic violence as an internal affair. Thus, they let Albanian collaborators free to kill Serbs especially in the region of Peja, as Ali Hadri discovered in the Kosovo and Yugoslav Archives.  But when refugees reached the number of forty thousands in April 1944, Germans turned the violence off. Hermann Neubacher, the chief German political officer in Belgrade, thought the expulsions were too destabilizing for Montenegro and Serbia and asked to stop them.  His telegram is in the Political Archives in Bonn.

Italian historians, trailing the Germans, are beginning to write about their nation’s responsibility for the violence during the occupation. Albanian historians are lagging behind. But so are Serbian historians, who are trapped in their own falsification that presents the expulsion of colonists as a genocide perpetrated by Albanians. It’s time to change this course.