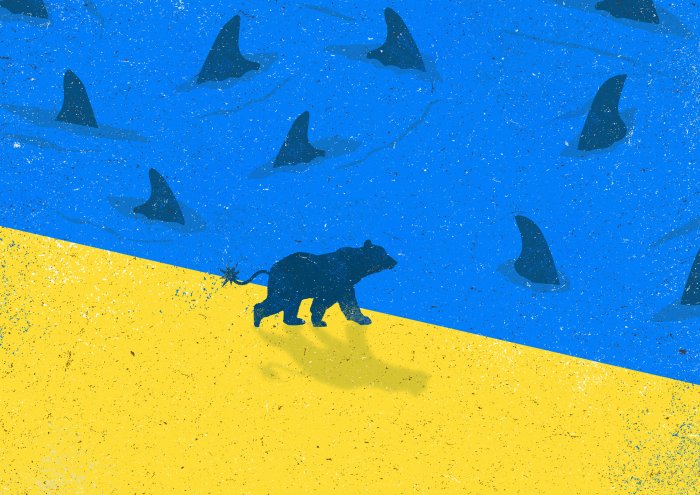 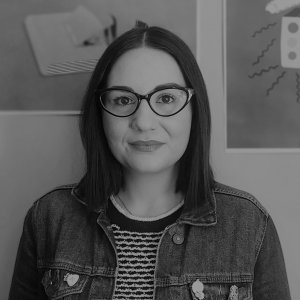 November 21st marks the ninth anniversary of the Day of Dignity and Freedom in Ukraine. On this day in 2014, Ukrainians could not bear chaos anymore and started a protest. In this article, I will explain why the events of nine years ago are crucial to understanding what is going on in Ukraine today and how Putin's obsession with his high rating led to a big war in Europe.

The Revolution of Dignity, or Euromaidan, has been overgrown with grandiose legends. The protest itself has turned into one continuous myth.

"Ukraine is not Russia": Kuchma's prediction

Russian President Vladimir Putin harbored a grudge against Ukraine back in 2004. Then, during the presidential elections, he bet on Viktor Yanukovych, very similar to the image of Putin himself but manageable. Yanukovych wanted to make a little Russia out of Ukraine, was steeped in corruption, and was not going to resign till his death.

For Putin, it was vital that Ukraine, as one of the main countries of the former USSR, would be similar to his Russia for recreation of the new Soviet Union. Putin did his best to make Yanukovych president in 2004. On November 22, 2004, at 2:00 am, the Central Election Commission of Ukraine reported that after counting 33% of the ballots, then Prime Minister Yanukovych was in the lead with 50% of the vote, while Yushchenko received 46%. However, exit polls showed completely different numbers.

Ukrainians were outraged by the falsifications in the second round of elections and went on mass protests, which led to re-elections. Russian propaganda was aggressively pushing all kinds of disinformation about the events on the Maidan. Viktor Yanukovych's wife said the protesters were eating "drug-laced American oranges." [“Nakolotye apelʹsiny”].

Even then, Vladimir Putin advised then President Leonid Kuchma "just disperse all of them from the Maidan." But Kuchma calmly replied: "Ukraine is not Russia. It won't work here." Kuchma's words became real in 2014.

Yanukovych became president by fairly beating Yulia Tymoshenko in the second round of the 2010 elections. During his four year rule, Yanukovych usurped so much power that life under his regime in Ukraine became intolerable, while reports of massive corruption were rampant. His cabinet had very close ties to Russia, and many of the ministers did not even speak Ukrainian. Small businesses were oppressed, whereas gold and foreign exchange reserves rapidly melted away in the service of luxurious life for public officials. There ensued a mass russification of all spheres of life.

Public opinion supported the European course, which made Yanukovych “shrivel like a slug in salt” [“Kak už na skorovodke”]

On the other hand, he was propped up by Putin, who strongly opposed the European integration of Ukraine. For Putin, a weak Ukraine was a manageable Ukraine.

Yanukovych promised that Ukraine would sign the Stabilisation and Association Agreement (SAA) with the EU at the next summit in Vilnius on November 28-29, 2013. Still, on November 21, the Cabinet of Ministers of Ukraine adopted a decree, suspending the SAA. The authorities launched a massive information attack against this agreement. This caused extreme outrage among Ukrainians, which then led to peaceful protests on November 22, 2013. That is why the protest was eventually called Euromaidan.

The protest was not massive, but on the evening of November 30th, Yanukovych launched a violent dispersal of the protesters. At 4 am, with about 100 protesters on the Maidan, 300 armed fighters surrounded them and beat them up with batons. As a result, 84 protesters were injured, including 17 students. The next day, tens of thousands of people came to the Maidan. The government was in trouble.

"You beat our children? Then we will resist," was the new engine of the protest. Yanukovych escalated the situation by following Putin’s orders. First, he adopted "tyrannical laws," which caused another wave of anger, and eventually decided to shoot at protesters. According to various estimates, from February 18-20, 2014, 78 to 83 activists were killed on the Maidan, and more than 20 others had died from injuries. We call them the "Heavenly Hundred" (a memorial plaque with all their names and faces in the very city center of Kyiv. 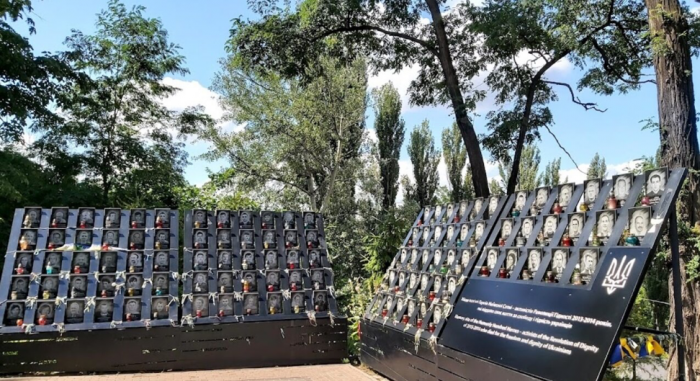 Unfortunately, the killers of were never found and brought to justice. Yanukovych fled to Rostov, stealing trucks full of cash, robbing the country to the bone. Today, Yanukovych's residence is a museum of corruption for everyone to by the bizarre scale of his greed.

It was precisely during the Maidan that Russian propaganda began producing an endless number of fakes. And this is when the “Nazis in Ukraine” became the main narrative. The protesters were not random citizens but “right-wing radicals”. After all, "normal" Ukrainians would never oppose Russia. There appeared made up and doctored images of “Ukrainian radicals” sending full busses of extremists to Russian-speaking regions “to escalate the situation”. Legends about buses with Ukrainian Nazis circulated in every corner of the country. Despite individual elements of xenophobia in Ukrainian society, there is no broad support for Nazism and ultra-right ideology either in the government, in the army, or elections.

How Crimea returned to its "native harbor"

Putin took advantage of Ukraine's weakness in late February 2014. He helped Yanukovych escape and attacked Ukraine. First, Putin annexed Crimea. At that time, it was a strategic move to boost his ratings which had plummeted after the protests on Bolotnaya Square in 2011. The Maidan could not be allowed to be a success story because that would show Russians that they might do the same with Putin. It had to fail and the annexation of Crimea had to be the reason for it.  The annexation of Crimea was supposed to fail the Maidan in the eyes of the Russians. They should have seen that the revolution did not lead to good consequences in a neighboring country with a similar corrupt autocrat in power. Putin created a narrative that Ukraine had lost its territories because of the protest. Revolution equals state collapse.

Before 2014, the oppression of Russian speakers in Crimea or Donbas was never mentioned. None of the media really cared about the position of the Russians in Ukraine. This narrative was invented during the Maidan to justify Russian presence in Ukraine.

Putin arranged a sham referendum, where 123% of Sevastopol citizens expressed their will to join Russia! The "referendum" was organized within a couple of days, and the Russian media was claiming triumphantly that "Crimea has returned to its native harbor," i.e. Russia. Although it is true that Crimea once belonged to the Russian Empire and the Russian SSR, in 1954 it was transferred to the Ukrainian SSR. When Ukraine gained independence, Crimea remained autonomous and with extended rights. The idea of ​​secession of Crimea has always been marginal on the peninsula. For example, the pro-Russian party "Russian Unity" in 2010 got only 4% in the Crimean parliament.

With this annexation, Putin did increase his rating. He took Crimea, humiliated Ukraine, and became a hero in the eyes of his population. Russians forgot about corruption, GDP growth, or violation of rights. For them, Putin was the winner. But post-Soviet democracy in Ukraine failed. Putin's biggest fear is to be overthrown by a mass protest.

The Russian invasion of Donbas in the spring of 2014 is a logical continuation of the annexation of Crimea. The Crimean issue was forgotten when a horrible war broke out in Eastern Ukraine. The Russian president has created a permanent hotbed of instability, which escalates at his will.

All these eight years, Russia kept Ukraine on a short leash, demonizing its authorities and people on TV. Ukrainians were turning into worse and worse Nazis, and the legally elected Ukrainian authorities became "Kyiv junkies."

Ukrainians celebrate winter holidays around the world this year because roughly...

Contrary to the popular opinion that is often heard in the Balkans, Russia and...