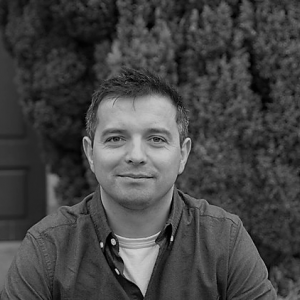 The European Union is recently witnessing an increased criticism from the Western Balkans. This criticism is growing due to EU failures to keep its promises to the region. Part of this criticism is based on the failure of EU to deliver on its promise for visa liberalization for Kosovo citizens. The six countries of the Western Balkans comprise a population of around 17.9 million people. For more than a decade now, 16.1 million of people living in this region are free to travel in EU, but around 1.8 million Kosovars continue to be isolated. In terms of a perspective, this means that 90% of the population of the six countries of the Western Balkans enjoy visa free regime with the EU, while 10% remain isolated. This isolation has heavily increased the mistrust of Kosovo citizens towards the EU. Such criticism is misplaced because EU Commission has delivered by recommending visa liberalization in 2016 and 2018, confirming the fulfillment of all benchmarks by Kosovo. However, some member states are still pushing against a positive decision on this matter. They have continuously spoken for visa liberalization as a technical process, but unfortunately, their resistance to grant visa free regime to Kosovo has turned this issue into a highly political process.

Even though the European Commission has done its part, this is not recognized in the criticism stemming from the country towards the EU on the subject. The EU is used as an all-encompassing term for criticism for from the region ignoring the complexity of the dynamics in the Union. This approach shapes in the public a perception of uniformity and cohesion in the Union, in terms how they see and approach the region, which is far from truth and reality. But, perhaps the lack of such clarity on the part of the governments is intentional or/and reflects a deeper problem with the extent of the understanding in the Western Balkans of what constitutes an EU and how it operates, or at least a lack of appreciation for them.

Part of a healthy relations between Western Balkans and the EU, must be a better situation and definition by the governments as well as civil society, and especially the media in the region in their dealing with the EU, when transmitting to citizens ‘promises or commitments from the EU.’ This clarity is as much important for the citizens of the region as it is also for the credibility of the EU institutions. However part of the issue with the credibility involves, as the case of visa liberalization for Kosovo illustrates, how the undermining of the EU by the member States, weakens the agency and actorness of the ‘EU’, which in practice means the European Commission, at least in the Western Balkans. In the framework of the failures in the visa liberalization process, what France and Netherlands, among others, are effectively communicating to Kosovar citizens is that they do not trust the work of the European Commission, so why should a citizen of Kosovo view the Commission any differently? Revamp of conditionality policy is essential, but also member States that are invested in strengthening rule of law in the region would be better served by putting their weight fully behind the Commission, rather than creating schisms and confusions in the processes.

In 2006 the EU proposed to boost the economic cooperation in the Western Balkans and the media articles of the time report that such suggestion was met with little enthusiasm in the region. The EU’s narrative on this particular suggestion was that the region must move away from nationalism, engage in confidence building and look towards closer economic cooperation. However, the region responded to this suggestion with a critique that it represented efforts to renew former Yugoslavia. This narrative is very common to the criticism from the region towards EU initiatives, and it has not evolved for over twenty years now since the war ended.

In the 2006 strategy paper by the EU called “The Western Balkans on the road to the EU: consolidating stability and raising prosperity,” key to this document was promoting closer trade relations among countries of the region. Freedom of movement of goods and people is the essence of European integration process and values.  This context is often misused by individuals looking at conspiracies to explain the recent efforts commonly referred to as mini-schengen, which embodies to a large degree the concept of the EU from 2006. What is striking about this is that, even 15-years later, most politicians in the region do not feel comfortable to present a similar idea (regional trade integration) as their own, mostly due to high criticism.

The potential of the criticism targeting the EU from the Western Balkans can be put to a better and more constructive use. Narratives from the region of criticism towards the EU, are as inadvertently fueling or feeding far-right rationale about engagement with the Western Balkans, and it is antagonizing friends of the region. A better modus operandi of communication and critical engagement between the region and the EU, that does not create a conducive environment for patronization, can be achieved. Civil society especially can help shape and export narratives of certainty and predictability. For non-government organizations in the Western Balkans and especially Kosovo and Serbia it will require to stepping away from being enmeshed in national ethno-political discourses, as it is a mismatch with the character and nature of the civil society. For instance in Kosovo this has manifested itself with fear-mongering narratives about the association of Serb municipalities enjoying executive competencies in the area of education, culture, and healthcare. In Serbia, it seems to me that civil society there contributes, perhaps inadvertently a far greater deal than the government in maintaining a status-quo in Kosovo.

In an increasingly shaken alliances that are based on normative frameworks, calculation of some political leaders that processes designed as hard-power political games will bring greater stability are misplaced. But, such options become inevitable in an absence of a credible and reliable actor that is the EU, which is sometimes undermined by member States. The efforts to normalize narratives that the Western Balkans is too much for the EU, or the other way around can only be effectively tackled by a rethinking our criticism towards the EU. At the same time, EU should be more proactive and keep its commitments to the people of the Western Balkans. This is essential for the future of the Western Balkans in the EU, and the future of EU in the Western Balkans.