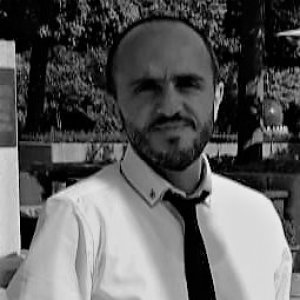 Regulatory state denotes a conception of the state whose functions are limited to regulation of the market. It rose in 1980s in developed countries, as a non-interventionist state whose role is that of a neutral arbiter engaged in making rules and monitoring and enforcing them. In a context of globalisation-driven increasingly open markets in such countries, expansion to most market-related policy areas of regulation as a way of performing state functions, this concept seeks to capture state’s redefined role. It also gives a unique identity to the state as a form of organisation coping with the transition from a liberal to a neoliberal political-economic order. In this transition developed democratic states were caught up in competition between demands of markets for deregulation and of constituents for welfare. As a model of governance, regulatory state separates making and legislating policies from implementing them, whereby the market is regulated by regulators functioning based upon principles of professional expertise and political non-interference. A key political implication of this is that such institutions contribute to proliferation of global governance by using their autonomy to network with counterparts internationally, and may also become prone to Weberian bureaucratization temptations domestically.

The regulatory state has taken the most complex form in the EU, which it has also been promoting in Western Balkans through its enlargement policy. As other EU norms and values, the regulatory state is far from having taken shape anywhere in the region. Reasons for this can be grouped into political and market-related ones.

Political reasons have to do with countries’ political identity and regional integration. Political identity concerns lack of a clear ideological orientation, resulting in states that are rather constantly-changing ad hoc polities trying to adjust to domestic and regional circumstances and needs. Depending on what you look at within them, they resemble, all at once, developmental states, socialist ones implementing large welfare programmes and neoliberal ones deregulating everything. These hybrid states bereft of political identity are not conducive to regulatory state as a concept and model of governance, despite continuous attempts to shape it therein, mainly responding to EU accession process yet approached in an ad hoc and disorganized manner. This leads us to unpredictability of the EU accession turning efforts towards regulatory state into cyclical reforms – reforms that are incomplete, opaque, piecemeal and too slow to catch up with a dynamic regulatory state inside the EU. This contributes to a perception among citizens in the region of the EU accession process as a never-ending one.

Looking at the dimension of economic governance, lack of a clear political identity is reflected in a multi-layered, hybrid regional economic order. It is also not conducive to regulatory state, but rather driven by EU-demanded reforms supporting transition from post-communist disorder following the collapse of planned economies to ‘social market economies’. This transition seeks to transcend a liberal order, never truly attempted in the region, with its political and economic dimensions conducive to political development and economic prosperity, which are, in turn, critical preconditions for social market economies. The political dimension of this liberal order is consolidated statehood, conducive to political development through political stability, effective governance and rule of law. The economic dimension of it is minimal to no state intervention in the market, conducive to economic prosperity through free competition and trade, minimal to no regulation and minimal taxes.

A missing political identity has shaped in regional states hybrid political orders and governance systems that are not conducive to regulatory state. They are not liberal but rather hybrid ones characterized by competitive authoritarianism, politically, and neoliberal policies, economically. Competitive authoritarianism keeps market regulators, contrary to EU principles, weak to provide proper safeguards and oversight and to prevent themselves becoming used by authoritarians to retain power. Except weaknesses in terms of capacities, independence and parliamentary oversight, regulators everywhere in the region suffer political capture: political interference in senior-level appointments and recruitments inside them. Neoliberal trends such as privatization and competition for foreign direct investments in a small market of 20 million throw prospects for regulatory state in further disarray. The result is outcompeted smaller-scale economic activity and critical resources given away to deregulated corporations. Ultimately, structural deficiencies (economic informality reaching one-third of GDP, monopolies, unequal and low wages, inadequate labour standards, and weakened trade unions) are neglected.

The result is triple capture: political, regulatory and of the market. That is why the EU-driven ‘better regulation’ agenda, conducive to regulatory state by rationalizing regulators and reducing red tape, would lack political commitment as it costs authoritarians votes. Moreover, given EU’s need to prioritize both anti-authoritarianism and political stability, regulatory state has so far been inadequately reflected in its enlargement conditionality. Too focused on normative transformation, it arguably has too much normativity and too little spill-over.

It is premature to conclude on how Western Balkans’ regional integration affects prospects of regulatory state. It has, for one, increased complexity by adding another layer to the existing ones: local, regional (in some countries), national, EU and global. Rules also vary wildly in their mandatory degree: they include local and national rules for everyone, special ones for specific territories within states, federal and quasi-federal rules, and regional arrangements overseen by semi-institutionalized bodies operated by regional initiatives, EU and other actors.

Add to this more rules established by initiatives like the ‘Berlin Process’, a ‘mini-Schengen’ and hundreds of bilateral agreements, and it becomes too complex for the market to cope with. This ever increasing complexity is symptomatic of an obsession in the region with institutional isomorphism superficially imitating the EU. Absent a realistic assessment of market needs and capacities for reform, this obsession reinforces a perception by citizens in the region that ‘doing more’ instead of ‘doing better’ perfectly feeds the self-fulfilling prophecy that joining the EU seems like a never-ending road. This has serious political implications.

Lastly, market-related reasons have to do with the size and structure of Western Balkans economies and their growth rate, as well as their economic relations among themselves and with the EU. Findings of an EU report on trade inside the region support the ‘doing better’ argument and the need for more realism with isomorphism and imitating the EU. We are talking about a 20 million market of six countries trading internally at only 6% of GDP on average compared to a 500 million market; a combined GDP in PPP terms of a third of that of the EU; a poorly diversified market compared to a highly diversified one; and the region needing a whopping 60-200 years to catch up with the EU.

With at least five regulatory levels consisting of hundreds of agreements and arrangements, thousands of policy frameworks, and possibly over 500 regulators, the Western Balkans is overregulated and underregulated at the same time. Solving this paradox might be the most difficult of all EU accession governance reforms in these unpredictable times.