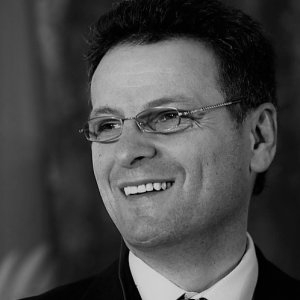 Balkans! How Middle Eastern it sounds!

It has written a lot about the famous negotiations between Serbia and Kosovo held two weeks ago. What is likely to be a short-living agreement of the two states has sparked a vivid interest in the region. However, the most attention was given to, for diplomatic standards, a weird meeting between US President Trump and President Vucic; the meeting many consider as humiliating to the Serbian President.

The White House’s episode made me believe that I don’t know diplomacy well, and it raised several questions, each of them worthy of a separate article.

If there is anything revolutionary that happened in the US, it is the thesis that the Balkans is the Middle East. President Trump’s tweets following the meeting have only confirmed this. Just to be clear, I appreciate and love the Middle East. Its history and cultural heritage serve as a source of continuous inspiration for me.

Someone may say that the way we handle our problems, deepen inter-ethnic conflicts, nurture religious intolerance, and silence the voices demanding reconciliation and understanding makes us look similar to the Middle East of today. I fully agree with it.

Others might explain our similarities with the Middle East as the legacy of the Ottoman Empire’s presence in the region that lasted for centuries. Ottoman rule has left many good traditions, not only bad things as we were taught in schools. To remind you, until the beginning of the 19 century Western Europe have looked at the Balkans as part of the Oriental East. The border between ‘two worlds’ was the Austrian border, more precisely, between Austria-Hungary and the Ottoman Empire. Several years ago, in Brussels, I visited the exhibition of Levant in Paintings of European Masters. To my great surprise, many paintings were devoted to the Balkans. If you look at the photos, not only of Sarajevo but Sofia, Belgrade, Bitola, from the beginning of the 20 century, you will see the immense similarity with the world we now consider the Middle East.

However, there is something more important here. Washington’s agreement reminds us how great powers connect dots with ease, the dots which are incompatible in our heads if it serves their goals. There is no doubt that the whole event is relevant only if it is put into a broader context of the US presidential elections. No matter how irrelevant foreign policy issues are for voters in the US, if an event is connected to the President’s initiative for the Middle East, it can make some impact on a certain group of voters. Along the same lines, one should see the proposal of a Swedish MP to nominate President Trump along with the Presidents of Kosovo and Serbia for the Nobel Peace Prize.

After all, I have the impression that both delegations served as mediums for something bigger and more important than a regional (in the eyes of Trump non-significant) agreement between Belgrade and Pristina. The agreement was a tool, not the goal itself. If one is to be cynical, we can conclude that in the case of Biden’s victory in November, Washington’s ‘historical event’ will soon be forgotten, except its binding part, which does not relate to the Balkans, but Israel. After all, If Serbia does not move its embassy to Jerusalem, and Kosovo establishes diplomatic relations with Israel, it will be clear who has won in this little Balkan mind game.

The Master and his apprentice

The photo of President Vucic facing President Trump resembles the American reality show The Apprentice -  hosted by Donald Trump. The similarity has been highlighted by Nahzi in his OpEd on Washington negotiations. The American President loves this show, as its rules are clear - we know well who is an apprentice and who is a decision-maker - the master. Looking at the photo from the White House, we do not only see the power of one and the weakness of the other. President Vucic resembles a pupil sent to the school principal to be informed about disciplinary action that may likely be taken against him if he doesn’t prove his loyalty to the school. Since loyalty is judged by deeds, not by words, he is expected to move the Embassy of Serbia from Tel Aviv to Jerusalem.

Sometimes it is better in diplomacy to avoid high-level meetings if you can’t expect anything but embarrassment as a result of it. In that case, even a brief, a grip-and-grin type of meeting is a better option. In an empty-shell-type of grip-and-grin meetings, at least, leaders stand next to each other and shake hands, which makes the impression of evenhandedness and mutual respect.

President Vucic (and let us be honest, not only him but almost all regional politicians) and U.S President have several things in common - a desire for unchecked political power is just one of them. Yet, the US has democratic institutions – the concept of separation of powers – to check the American President while the power of regional leaders is controlled by external factors - EU, Russia, China, or, in this case, the US. Our national institutions have mostly been paralyzed, captured, or sleepy, in any case, impotent.

The moments from D.C. do not speak only about a specific style that Trump prefers. They reconfirm our steady sliding into the periphery of world politics. Our leaders used to enjoy a much better treatment in Washington in the past.

Juxtapose this meeting and the meeting between former Serbian Prime Minister Zoran Djindjic with American President Bush. Compare this President Tito’s official visit to the US, in 1978, upon invitation of President Carter. The official visit of President Nixon to Belgrade, in 1970, is a dream-like level that most probably will not be reached ever again.

American professor of sociology and economic historian Immanuel Wallerstein is known for his world-system theory that looks at the world system as a result of the power dynamic among three groups of international actors (states). In the first group are states/regions that form the core of the world system; in the second are so-called semi-peripheral states, and finally, the third group consists of peripheral states. While evaluating actors and the world-system, Wallerstein takes many factors into accounts, such as the economic, political, and military power of states, organization, and sustainability of their systems, the strength of their institutions, their influence on global financial, economic, and political relations. For example, states can strengthen their position in the world system by integrating themselves into larger, more powerful systems, such as the EU or NATO, or Collective Security Treaty Organization (CSTO) lead by Russia.

Periphery usually attracts the attention of the core countries if it becomes a source of instability or problems (like us in the 1990s), or if it is of interest of great powers. A brief look at the regional history proves that we have had that role in most parts of our past. The only exemption was SFR Yugoslavia, like it or not, can be placed into the group of semi-peripheral states. Such states may have an extraordinary regional and global influence, depending on historical and political circumstances.

Life on the periphery does not mean to remain peripheral forever. Examples of medium, small, and tiny countries that have successfully emerged as important global players confirm that the status can be changed. Lack of interference of the outside world may provide, no matter how strange it may look, with a breathing air to develop yourself. To do so, you need to develop national capabilities, preserve human capital/knowledge, and have certain geographical or natural advantages. Norway is a good example of how a state, which was a century ago as a deep periphery, can become an important international actor. The so-called Asian Tigers are a similar example.

Serbia, perhaps, sees its role as very important, not only in the region but also in the European or global framework. However, things look different from Washington, Brussels, Moscow, Beijing, or London's perspective. For some time already, not only Serbia but the region as a whole has not been high on Washington’s priority list. Our relevance is in decline for the Brussels too, because the EU is getting more focused on itself due to its challenges. The EU enlargement is in a deep crisis, and the EU could have been more politically engaged in the region. Conversely, the region has importance to Moscow, although it is not the near abroad. It is important to China in a broader perspective of Beijing’s inroad to Europe. But, it is not just to blame others, we don't make an effort to improve our status and move out from the periphery. Contrary, we do everything possible to stay where we are.

What after the November elections: same, similar, or something different?

The Washington episode is the best illustration where the region stands right now, and the Yugoslav episode confirms where that country was when it comes to the global power distribution at the time. The White House event also points to the level of seriousness with which the current US administration deals with our region.

It is difficult to expect a different approach in the years to come, even if there is a change in the White House. Biden, unlike Trump, knows the region and knows foreign policy very well. He has visited the Western Balkans several times, the last time in 2016, in his capacity as the US Vice President. As the Vice President, Biden and his team of advisors played a key role, navigating the American position towards the full support to Montenegro’s inclusion into NATO. However, it will not change an obvious fact. The American strategic interests don’t include our part of the world, and it will remain unchanged in the foreseeable future. It is the consequence of objective circumstances and the shift of power on a global level.

However, if the November elections bring about the change in administration, we may see a comeback of America's traditional policy towards the European allies. In that case, hopefully, we could see a more synchronized and finely tuned approach of the United States and the EU in the Western Balkans, something we were missing in the last four years.

That approach might facilitate a mutually agreeable solution for Kosovo and Serbia - a solution that would not imply a land swap or border adjustment. At the same time, it should focus more on Bosnia and Herzegovina to curb the separatist aspirations in the country and give a unified Bosnia and Herzegovina a chance it deserves.