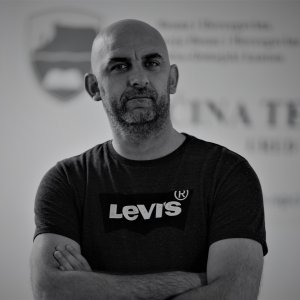 Fikret Abdić, the Mayor of Velika Kladuša and several of his associates, was arrested last month under the suspicion of corruption and abuse of office. Una-Sana Canton’s Prosecutor Office issued the press release claiming that Abdić and his associates have been arrested due to suspicion on misconduct in public procurement, illegal employment, rewarding of employees, abuse of public funds, embezzlement with construction land and issuance of building permits.

In short, Abdić and his associates are under suspicion for embezzlement of everything that a municipal government can embezzle. Beside Prosecutor’s Office, many citizens of Velika Kladuša shared their experiences with corrupted municipal employees to the media, usually when they tried to obtain building permits. Apparently, some arrested have announced full cooperation with the prosecutors during the procedure. All in all, it will be a miracle if Abdić manages to avoid another imprisonment, except this time there will be not many people who would consider him a victim and be on his side.

Halo of a victim, that he used to build his power, Abdić made in 1987., during the famous affair „Agrokomerc“, that shocked the public of former Yugoslavia. At the time General Manager of the agricultural industrial giant of SFRJ, he was sentenced to four and a half years imprisonment for issuing promissory notes of around US$ 400 millions without cover - which, in today’s conditions of inflation that is 130% for US$ 1.00 since 1987 - around US$ 1 billion.

Today, media usually report that was the kangaroo trial, under the political direction of Belgrade that wanted to eliminate an influential BH political dynasty led by brother Hamdija and Hakija Pozderac, that was behind the economic success of „Agrokomerc“. This affair will transform Abdić into a victim of a show trial despite the fact that the proceedings were not influenced but the economic embezzlement that were allowed  to him under the system that compromised his political patrons.

However, using his intelligent political and media actions, Fikret Abdić, a Bosniak - managed to persuade his compatriots that the only reason for his arrest was that the system could not allow one Bosniak Muslim to create a financial miracle. For sure, he did turn a small factory with few dozens employees into an industrial giant with more than 13,000 workers and associates.

It is not difficult to imagine what type of personality cult Abdić built as a general manager of a industrial giant of that significance in one of the most underdeveloped parts of Bosnia and Herzegovina. „Cazinska krajina“, that Velika Kladuša is part of, used to be the area of a significant immigration, affected with poverty, unemployment and illiteracy that were similar to the most underdeveloped area of the former Yugoslavia, Kosovo. Since „Agrokomerc“ was seen as the engine of economy and infrastructure of that area, Velika Kladuša has leaped from practical feudalism into the modern era, there was a significant progress in education, health system and cultural activities, that ever draw many ‘guestarbeiters’ back home. These are the reasons that made Abdić’ personality cult into a father figure, so his nickname was „Babo“, and then, due to the arrest - a martyr.

As a martyr, he was an ideal to identify with for many Bosniaks, so during the collapse of Yugoslavia and the whole concept of ‘brotherhood and unity’ and national awakening, he was recognized as a credible politician. After he finished his sentence, he joins the national party of Bosniak people - Party of Democratic Action (SDA) and wins more than one million votes at the first democratic elections for Presidency of Bosnia and Herzegovina, several dozens more than the founder and president of SDA Alija Izetbegović. Both of them were elected into the seven members Presidency. After the SDA internal agreement, he leaves the position of the chair persons of the Presidency and stays in Velika Kladuša, devoted to „Agrokomerc“.

His war years will be the topic of many analysis and the closest we can describe it is ‘controversial’. In the middle of the war in Bosnia and Herzegovina, Abdić has rebelled against Izetbegović and then legitimate state government, and established first an autonomous province and then a parastate under the name of ‘Republic of Western Bosnia’ at the territory of Velika Kladuša and its surroundings. This policy of internal Bosniak conflict is now supported only by extremist Serbian and Croatian sources that supported destruction of Bosnia and Herzegovina in order to create Greater Serbia and Greater Croatia.

This internal Bosniak conflict, caused by Abdić was the only intra-ethnic armed conflict in the Yugoslav Wars in 1990s, and thousands were killed on both warring sides. Abdić was logistically supported by Slobodan Milošević and Franjo Tuđman, many crimes were committed and „Babo“ was prosecuted and sentenced. After the trial in Croatia, held only after Tuđman, his protected, died, he was sentenced to 20 and then 15 years imprisonment.

After 15 years of serving one term in prison, Fikret Abdić was incarcerated again, this time due to the most serious violations of international humanitarian law. He will spent next ten years in prison, and after two thirds of sentence, get out in 2010. This criminal ‘Double Crown’ was not enough for him to leave public life. Four years later, he runs for the Mayor of Velika Kladuša and thanks to divided opposition, he wins the elections with less than 50% of voters turnout. Since election law in Bosnia on local elections do not recognize the second round, he became the Mayor.

Many would argue that the anomaly of electoral system of Bosnia and Herzegovina is the lack of criteria the would ban the persons declared responsible for war crimes to run. Similarly, there is no official ban to prevent people from sticking their fingers into the electric power source, yet reasonable people do not do it. However, the Balkans politics is often not the product of reasonable decision making but emotional bursts, and if there is anyone who created followers with blind faith, that is „Babo“, so it is difficult to emphasize with Kladuša citizens for re-electing him again.

Electing Fikret Abdić for the Mayor, citizens of Velika Kladuša have chosen isolation due to the fact their choice is persona non grata in surrounding municipalities, taking into account war years when he attacked them. During the ceremony of Mayos certificate’s award, Abdić was booed and mayors of other municipalities of Una-Sana Canton left the room in protest when the representative of Central Electoral Commission awarded the certificate to “Babo”. He was also the only mayor that did not attend the welcoming reception with the Prime-Minister of Una-Sana Canton showing from the beginning his term will not be marked with progress and cooperation.

Four years later, these fears ended in a court case that will deal with his abuse of power, and running the municipality as it is his private property. He used to run „Agrokomerc“ in the same way, as well as with people during the war, not feeling any kind of moral responsibility for those who trusted him enough to elect him. He betrayed the citizens who saw him as a father, just the way he betrayed Pozderac family who treated him as a son.

He is „Babo“ only to his children, who enjoy the results of his criminal actions - his son has inheritted the business operations of „Agrokomerc“ in Croatia, while two daughters have senior positions in local and cantonal judiciary. We can only speculate on their personal wealth, but we can be sure they have been taken care of, unlike his supporters, who are either living around the world due to believing his politics or in Velika Kladuša, suffering the consequences of it.

Historians will surely have loads of fun when studying the life and work of this controversial businessman and politician, but one is for sure - even his most faithful supporters are left without an argument before this - Fikret Abdić is the only known politician who managed to be prosecuted and declared guilty for financial crimes as a businessman, for war crimes as a war leader of a parastate, and for criminal behaviors in public administration as a mayor. During his first court appearance, social media users in Bosnia awarded him the “Criminal Grand Slam” due to the fashion crime of wearing a tie over a short sleeves shirt.

But, citizens of Velika Kladuša could not care less for a joke. Municipality is in debts, facing a large influx of refugees and migrants, citizens are divided and in conflict, and public administration has a long road of recovery from “Babo’s legacy”. How and whether citizens of Kladuša are ready to leave Abdić and his politics, we will see in fall, when local elections are scheduled to be held in Bosnia and Herzegovina.