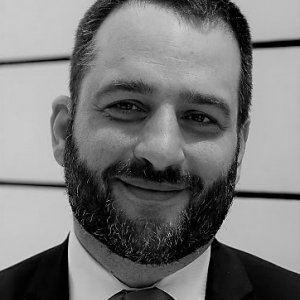 In the past few years, there has been a booming amount of research focused on the issue of corrosive capital spread in Europe. The phrase itself was coined by the Center for International Private Enterprise (CIPE), and its purpose is “to more clearly label financing that lacks transparency, accountability, and market orientation flowing from authoritarian regimes into new and transitioning democracies (…) which advances authoritarian foreign policy goals at the expense of local institutions and western geo-political interests.” [1] And indeed, the issue is quite challenging. For more than three decades nations in transition officially strive to become a part of the Western sphere, either through the process of accession to the EU and/or NATO or by establishing deep and comprehensive partnerships with them and/or their member states. Through these processes and cooperation, countries in transition are usually obliged to undertake reforms aimed at strengthening democracy, rule of law, market economy, civil and media freedoms etc. However, transition is not a straightforward process due to many challenges, including political ones, and corrosive capital certainly represents a serious challenge, as it could exploit the weaknesses. Illiberal and autocratic regimes, that usually have a firm grip or influence over their own economy and enterprises (despite being in some cases private) use investments, loans and economic cooperation to achieve political gains and long lasting influence and leverage in transition countries, sometimes even locking the whole sectors of their economy.

While the researches that focus on corrosive capital become more and more mainstream, the main problem is the communication of findings in the Western Balkans, a region composed of transition countries. Often tailored messages about the dangers and pitfall s of the corrosive capital for the governance and democracy are quite hard to communicate with the ruling elite, but also the wider public, especially if the ruling elite is not interested in it. With the rise of illiberal regimes in the region (and around it), the situation became even worse, but that does not mean that the efforts should cease. On the contrary. But more efficient dissemination requires awareness and willingness to receive information. Thus, the aim of this piece is to point on two systemic obstacles for dissemination of the findings.

Apart from Serbia, the region is more or less deprived of the foreign direct investments, while the domestic investments are rather low everywhere. While craving for direct investments from abroad, governments often neglect the importance of the domestic capital, do not foster domestic legal system and market economy, and finally, they usually cooperate with various domestic tycoons that use the system to further increase their wealth. This creates a deadly combo, where statesmen profess FDIs as the only method of growth, often attracting the foreign capital with subsidies and different kinds of services, at the expense of domestic checks and balances and the increase of domestic investments. In other words, FDI became a “holy cow” for development strategies.The 2008 global economic crisis only worsened the situation, and created the push for attracting investments at any cost. Hence, investments coming from authoritarian and illiberal regimes were more than acceptable. In some countries, they were even praised by governments and presented as a great economic chance, despite the negative effects they brought along.

But there is one more important issue. Investments coming from the West were also not immune use different options given to them by the governments to obtain more favourable conditions for their investment and business making in the future. And these options often meant avoiding domestic checks and balances. This situation is not new. For example, the highway construction concession that consortium Alpina-Porr from Austria got in Serbia in 2007,[2] became infamous due to the reluctance of then Minister of Capital Investments (infrastructure plus transportation), Velimir Ilic to publish the complete content of the contract.[3] After the public pressure, the concession was cancelled, and Serbia ended up in front of the arbitration court. Other case in Serbia is Fiat’s 2008 investment in devastated Serbia’s car manufacturer Zastava. To the date, much of the business making of this Italian company is not known to public, due to business secret.[4] In Kosovo and Albania, the construction of the “Highway of the nation”, from Pristina to Durres in Albania, which implemented by the consortium Bechtel-Enka saw inflated construction costs, especially in Kosovo, where the price per kilometre was almost doubled from the initially foreseen one.[5] The US ambassador to Kosovo, Christopher Dell, who was instrumental in securing the deal for the consortium, after the retirement in 2013 became Bechtel’s representative in Mozambique.[6] And even now, many Western companies use the inefficiency of the systems and lack of governance checks and balances in the Western Balkans for maximising the profit.

Of course, these cases do not prove that Western investments have anything to do with the corrosive capital. There is no systemic link with the governments of their states and certainly, i.e. these “rotten apples” do not work for the political benefits and secret political goals of their governments, but just for the profit. However, the problem is that allegations of corruption, lack of transparency and avoidance of domestic checks and balances by the Western companies blur the overall picture about the corrosive capital impact. It is true that in many cases, Western press and institutions deal with these issues, but that rarely reaches the common citizens in the Western Balkans. Thus, they are not able to distinguish the quality and political consequences of investments, and ultimately to understand the pitfalls that corrosive capital brings along.

This problem has to be included in the overall strategy when communicating the corrosive capital issues in the Western Balkans. Otherwise, the road to dissemination of information will remain thorny as it is right now.