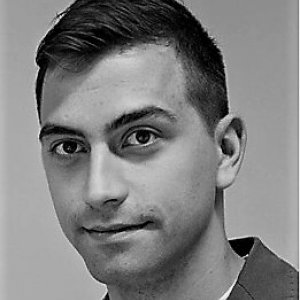 After the web portal War in Serbia was launched, nationalists, lead by Milošević successor, Ivica Daćić, joined by the longest propaganda machine of the Greater Serbia, daily Večernje Novosti, have aggressively attacked the Youth Initiative for Human Rights.

The War in Serbia has not revealed any information that was not made public until now - you can access them in judgments, NGO reports, media. This web portal presents events and facts in connection with armed conflicts in Croatia, Bosnia and Herzegovina and Kosovo - that have happened on the territory of Serbia.

Dačić’ main criticism is that this is an example of ‘politicization of war crimes’. Dačić does not need an explanation, he already knows, but it  is important to respond to each and every lie: war crimes from the 1990s cannot be politicized today, they have been the toll or the consequence of political goals.

Wars have been ended more than 20 years ago, but we feel their consequences strongly today; rhetoric of conflict, animosity and hatred has been vivid in public, as the wars have not ended at all. Frozen conflict is the term often used to describe the relations between Kosovo and Serbia, but that description can be applied in the case of relations of Serbia to BiH and Croatia.

In the last 20 years, regional relations have significantly improved, mainly in the areas of economy and trade. Within the Berlin process many initiatives have been instigated, regional cooperation became the value in which both international community and regional countries invest.

However, the war remains an elephant in the room. In bringing the narratives on wars closer, adjustment of national truths about what has happened not only does not bring us together, but keep us apart.

The key to the reconciliation is to re-establish the trust. We cannot build the trust while openly and shamelessly lie to each other, and denial of crimes is a shameless lie. Serbia is not alone in this endeavor, but it is the biggest, the most responsible and therefore, has to be the first one to start with the truth.

Young generation in Serbia, those born during and after the wars, cannot carry the stigma of wars and responsibility for actions of then political and military leadership. But we do have the responsibility for the present days. For how Serbia sees the wars. For how media reports, and what the school curricula teaches us. How much is the state really engaged in search for missing persons? What are the Prosecutor Office and courts doing in criminal prosecutions of responsible? How do we treat the victims?

On the cover page, tabloid Večernje novosti accuses YIHR to ‘portray Serbs as nazis’ because it speaks about crimes. It is an old claim that foreign governments and domestic traitors want to present Serbs as genocidal nation when the responsibility for crimes committed by Serbian forces is requested.

The is the key lie, the one that serves to protect all other fabrications and myths from questioning of official version.

The fact that Serbian army of police committed war crimes does not make Serbian national a criminal one. The criminal guilt is individual, nations cannot be criminal, but the politics that plans, organizes and commits crimes in order to fulfill political goals is criminal.

Milošević enjoyed the support from majority of citizens for his politics, even though it was not clear how extensive the crimes his regime was responsible for will be - character of that politics was obvious to many. It does not make ‘us’ responsible for his crimes, but it creates a choice from which we cannot escape. Do we support or reject that politics?

We do not have the right to avoid that dilemma, due to the extent of tragedy that Milošević politics created. More than 130,000 people lost their lives in the wars, millions were displaced, states destroyed. We do not have the option to get away from that choice. It will impact Serbia’s relations with its neighbors, with the EU and even to Russia.

The choice has been made for decades now by nationalistic elites - those who celebrate Milošević, Mladić and Karadžić, Arkan, Legija and captain Dragan. They are those who present us as a nation that celebrates war criminals, the one that glorifies genocide. If you celebrate war criminals as heroes, you impose them as representatives of people and the state, promote their truths into official versions: then you allow the opportunity to have the whole nation identifies with criminals.

It is not enough for government to silently rejects that politics. Vučić has gone the long way from ‘Boulevard of Ratio Mladić’ stickers to today’s reconciliatory tones. The problem is he took the road by himself, leaving his supporters or the society behind. For the establishment of trust between Serbia and other regional countries, a courageous and sincere political leadership is necessary, but the support and engagement of the whole society is needed.

That is the importance of the initiatives similar to the portal War in Serbia. To help individuals in the society to understand the context and truths that are not accessible in the mainstream, but also to show out neighbors that there is a strong will in Serbia to establish the trust between post-Yugoslav states. From prologue on destruction of Yugoslavia, through war times until today - the engagement of peace movement is one of the most important. Peace activists keep a foot in a door, not allowing all the connections between societies to become broken. And their role in dealing with the past is a crucial one.

‘Foreign mercenaries and domestic traitors’ are the only one fighting for Serbs not to be marked as a criminal nation. Firstly through acknowledgment of committed crimes, because the denial of crimes presents the most basic form of a lie that cannot fool anyone. Secondly, through respect of victims, paying the respect and empathy for civilian victims of all nationalities. Thirdly, through individualization of the guilt - it is not the nation, but individuals with their names. We do not take their sins as ours only because we belong to the same nation.

And lastly, with a clear message - these are not our heroes, these are not our values. The evil of Milošević still reside in different aspects of our society - firstly in political life - but persistent insistent to completely reject that politics and condemn once and for all, give hopes that future can be built on values of peace, respect of human dignity, human rights and freedoms.