Who owns churches in Montenegro 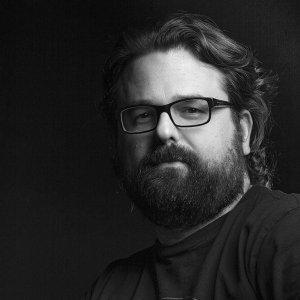 If something like Montenegrin Law on Freedom of Religion was adopted in December 2019 in order to determine, as local fans of the past (those who actually despise the future; and those for whom repeated past is the only future they are interested in) like to say “wider political context”, we need to go back at least few centuries back.

The need of people in this part of the world to justify every step, especially a messy one, as something coming out of the national history and tradition, is absolutely abhorrent. But, it is only one of the reasons that people here are unbearable in general, and one of the reasons that misanthropy here is the product of well uprising, basic education and minimum of ethical behavior necessary not to be a sociopath. If there is a group of people who have the goal to take through democratic political procedures – what other kind of legitimacy is necessary for that will? Or we should present that will to the will of the dead, that, apparently has its advocates and political representatives? That is actually the will of living persons, willing to take something from the others, claim they communicate with dead, and argue that they are true advocates of tradition.

It turned out that the question “who owns churches in Montenegro” has some (to say at least) connection with Turks, our favorite enemies from the past.

Just few days before the Law was adopted, the adviser of President of Serbia, namely, Selaković, informed us “Montenegro is a Serbian state”, which is a very creative understanding of the Constitution of Montenegro, that claims the state if a classic civic one.

Then we have heard from Vučić, who asked Montenegro nicely (he said) and through tears to give up the Law. Montenegrin Government thanked him for his advice and said that Montenegro will adopt its laws on their own will. Which offended Vučić so much that his court historians had to react: Aleksandar Raković i Predrag Marković.

First, Raković, expressed his fear that Montenegro will take Cetinje Monastery from Serbia. Raković believes that the Monastery is placed within the “enemy territory”. Really, what a shame that Cetinje Monastery is not in Šabac, a friendly surrounding, instead of hostile Cetinje, surrounded by hostile Montenegrins who built and defined that Monastery. The other one, Marković, said how Milo Đukanović is “a bigger ustaša than Pavelić” and “a bigger balli than Haradinaj”. Marković continued where Serbian Patriarch stopped, who claimed that “Serbs in Montenegro are treated worse than in Independent State of Croatia during the Second World War”.

He also returned, Irinej. He brought Turks back to the game and said that Đukanović is a proof that a Turfed “poturica is worse than a Turk”.

Which proves only this: that Irinej Gavrilović is a proof there is not only Stockholm but also a Stambol syndrome. Stockholm syndrome is the psychological alliance of hostages towards their captors. Stambol syndrome is manifested as visual hallucinations and space and time disorientation. Let us say – it is 2019, you are sitting in a Belgrade Patriarchy, watching a TV, a report from Montenegro, from yesterday, and in the position of Montenegro President you see – poturica, worse than a Turk. People suffering from Stambol syndrome, are seeing Turks for centuries after these left, and seeing them in places where Turks never existed.

Irinej claims how “Serbian church created Montenegro”. Yes, as much as it has created France and Germany. He also claims that without that church “Montenegro would never exist. If it were not a Serbian church, they would have had the same fate as their Prizren neighbors who accepted Islam and lost every connection with Serbian people”.

The true is also that this church was abolished in June 1920 by Aleksandar Karađorđević. His decision “abolished the autocephalous Montenegro and established United Serbian Orthodox Church of the Kingdom of Serbs, Croats and Slovenians”.

The truth is that the SOC became an owner of religious building with this Aleksandar’s decision.

See: we only began to “question the past”, by small scratches, and already, everything is clear. Every nation and state in this area has its own historical truth, even its own historical science. Plurality of ethnic truths is real here – unlike political plurality, which is mostly staged and cosmetic.

Therefore, it is better to come back to present, or at least, a very near past.

The Assembly of Montenegro has adopted the Law on Freedom of Religion in last few days of 2019.

The night before Law was adopted, the Government of Serbia airplane has landed in Podgorica. It picks up chetnik duke, Andrija Mandić, as a Batman, and his Robin, Milan Knežević. The plane is taking them to Belgrade. There they talked to Serbian Patriarch, Irinej, who gave them the blessing to die if necessary, but not allow the adoption of the Law.

They did not go that far. Just before the National Assembly started voting, MPs from Democratic Front destroyed several microphones, threw a bottle and injured MP, Ranko Krivokapić, attempted to activate tear gas, but were insufficiently intelligent to open the can, and after that, thrown into the police car and taken to custody.

Before he ordered the (unsuccessful) attack and parliamentary session was disrupted, Andrija Mandić has published his statement from the Assembly on his social media. He called his supporters to the Holy War: “Be soldiers of Christ and stay ready”.

If by any chance, a Muslim MP in any European parliament, called his brothers in arms, as Mandić did: „Be soldiers of Allah and stay ready”, European media would rush to protest this call for Jihad. But that is another story.

Next few days (and nights) Mandić supporters blocked roads in Montenegro. Now and there, even few boulders were thrown.

Afterwards, someone, where it should be, in Belgrade and Moscow, concluded it is time to change the strategy: instead of the Holy War, religious processions, led by priests of the Serbian Orthodox Church would be used in order to pressure the Government.

Before and after the Law was adopted, Democratic Front raised political tensions: they have threatened the hidden weapons, spilling of blood, burning in the Assembly, suicidal attacks after which a person becomes a shahid, a saint, threaten Bosniaks, Albanians, Croats, claimed they would prevent the adoption of the Law physically…

The SOC Archbishop Amfilohije has played his strongest hand: he organized a protest where relics of Saint Vasilije Ostroški were displayed. When that was announced, anyone with a better memory than a golden fish felt goose bumps: because they have remembered that Serbian Orthodox Church displayed relics of saints throughout “Serbian lands” and announced the wars in 1990s. As Milorad Popović, a writer, reminded us: „Amfilohije has used the relics of Saint Vasilije in 1990 in order to raise support among orthodox Herzegovians against their neighbors, and second time, in 1996, when he took the relics to Bosnia and Herzegovina, in order to pay his respect to Radovan Karadžić, the commander of the Army that committed genocide in Srebrenica, and used snipers and shells to kill more than 1600 kids in Sarajevo”.

To this, add that Amfilohije has announced the civil war in Montenegro in November, in his statement to the Bosnian Federal TV.

Religious processions (for now) peaceful protests against the Law, despite everything (ethnic, religious, political) tensions that have followed it, have brought some kind of relief.

Where are we today? We have the Law that will not be implemented for a whole year. The Law was approved by Venetian Commission. Law has been accepted by Islamic Community, Catholic Church and Montenegrin Orthodox Church. But not the most powerful religious institution in the country – Serbian Orthodox Church. Even though the Law does not mention it, SOC claims that Montenegro will “take its monasteries” and “turned them into hotels and restaurants”. That church even rejects to be registered in Montenegro, because the Archbishop Amfilohije insists that his Church is extraterritorial and that Montenegrin laws are not binding for it.

The conflict around the Law has become the conflict about the constitutional position of Montenegro: will it remain civil, secular state, as Government insists, or Serbian theocracy where other nations live (but not Montenegrins: their existence is not recognized by SOC and claims they are Serbs), as Amfilohije insists.

Amfilohije’s pressure towards the government is very serious. Even though there is not “hundreds of people on streets”, as Belgrade press reports, but dozens of protesters, Amfilohije has managed to organize the most massive protests in the history of Montenegro.

The healthy democracy therefore demands the clear solution: negotiations between Government and the Church, which have begun in the meantime. However, it became clear that the Law was just a trigger for protests, and that Amfilohije’s goals are actually the goals of political Belgrade, change of government and constitutional changes of the country, and that shrank the space for compromise.

The crisis and instability in Montenegro will remain – at least to the parliamentary elections, in October this year. These elections will not mean the end of the crisis – because in the case of (expected) electoral victory of ruling coalition, protests might begin again – this time with accusations for electoral theft.

Add to this the idea on elections boycott, that is seriously contemplated among proSerbian opposition, and you will get the even more complex political equation that unfortunately leads to extra-institutional, undemocratic and illegal attempt to resolve the crisis – the call to the people to take the buildings of National Assembly and state television, for example.

A significant step in resolving the tensions in Montenegro would be the cessation of media bombing (with fake news, among these) coming from Serbia and Bosnian entity Republic Srpska.

European Union Team for Strategic Communications (StratKom) has published that among 35.000 media reports on the Law and crisis emerging after its adoption, 20.000 of them came from Serbia, and 9.000 from Bosnia and Herzegovina. And only 6.000 from the “heart of the crisis” – Montenegro.

The will as well as resilience of the region to counter malign influence of...

The EU’s new accession methodology won’t be able to stop the...

The Art of the Balkan Deal

Richard Grenell’s attempt to revive the Kosovo-Serbia dialogue is...