Mini Schengen – what else is necessary beside borders-free principle? 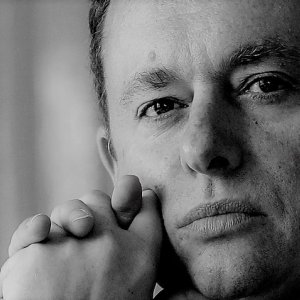 When you are living in Balkan reality filled with irrational hatred that once led to the most serious violations of human rights (without justice for victims), then you cannot simply reject the idea proposed to us as ‘Mini Schengen’. You cannot be against Serbia and Albania establishing common labour market, drastic improvement of freedom of movement of goods and citizens after having these two countries communicating only when necessary. Macedonia is one of the three countries that instigated this initiative, and it is very likely that Montenegro will join. If Kosovo and Bosnia and Herzegovina join too (and they are the most reserved for now), you cannot be unsatisfied. It is similar with the initiative to scrap all costs of roaming in the Western Balkans. Despite not all regional countries have been included in this initiative and the process is still under way, it is hard to object the situation where everyone in the region can communicate ‘like at home’. Any new state initiative is more than necessary in the region where honest and equal cooperation without prejudices is usually kept for non-governmental organizations. Taken into account these state initiatives are almost non-existent, ‘Mini Schengen’ should earn our support, without a dilemma.

The very fact that presidents of three (or now four) regional countries meet once a month, seems very encouraging. Situation can be compared with tenants of three building among six in the neighborhood to paint the buildings. It seems easy at the first look, but if the relations among neighbors are not good because of very serious reasons, painting the buildings will not change a lot. To minimize the importance of borders between states or completely erase them is not possible without resolving at least three groups of problems that representatives of Albania, Macedonia and Serbia (on purpose or accidentally) ignored.

Firstly, the success of any initiative in any region means that all participating in it are included on equal basis and that past shall not prevail over future. Concretely, that would mean that Serbia and Bosnia and Herzegovina have to acknowledge Kosovo without delay and establish good neighborly relations with Kosovo as with any other country in the region. At the same time, Serbia should stop treating Republic of Srpska as a state, and abandon the idea of ‘protecting Serbs wherever they live’. Further, all states in the region should begin with honest process of dealing with the past, where those who committed crimes are not celebrated as heroes and enjoy support from political leaders. 20 years after the end of armed conflicts in the region of the former Yugoslavia, justice for victims cannot be seen as an ideal impossible to be achieved, or as a threat for our own ethnic group. Beside war crimes trials, RECOM initiative presents an excellent solution suggested by citizens of the region themselves, but one that still does not enjoy political support to be established. Arrests of citizens of other countries for war crimes do present a clear sign that the recent past cannot be snubbed for the freedom of movement.

Another problem that needs to be addressed is the rule of law, efficient implementation of laws, equal treatment before the law and everything that necessary to implement international standards of protection of human rights in all countries in the region. Without this, there would not be the ‘Big Schengen’ or anything that EU represents. If protection agains discrimination does not mean the same in Sweden and Spain and if there is no guarantees that this standard would be equally implemented in Berlin and in Rome, then freedom of movement of labor force does not mean much. It is not the point that someone from Tirana or Prishtina obtains working permit more easily and comes to Belgrade for employment, but he or she also has to have the guarantee to be treated without discrimination or have the adequate access to justice if discrimination occurs. Is that really realistic to expect in a society where discrimination presents a permanent problem, and speedy and efficient reaction to human rights violations is more of an exemption and not the rule? How realistic is it in a society where ethnic distance towards other nations in the region is more than 80%? It does not mean that every country in the region should close within its own borders, but that rule of law, equality and the whole corpus of human rights must be enhanced together with this initiative. It cannot be done on a regional level, but in each country separately. Unfortunately, despite enormous support from the EU, USA and other Western countries, it seems that respecting standards is dependent from political will and it is clear that will be in the coming period. The fact that all the standards of Council of Europe are applicable in the region, and that European Court of Human Rights provides detailed explanation in its jurisdiction, still have not helped us much in this area.

Beside these three basic problems, it is necessary to abandon any ‘verbal war’ in the region and the need for ‘US’ to show ‘THEM’, or to use any similar opportunity for populism and political gains. Due to its politics in 1990s and still vivid nationalism, but also the fact that its own President is one of the instigators of the ‘Mini Schengen’, Serbia needs to be the first to stop this practice. Actually, old tricks where regional leaders are photographed during morning in Brussels and give populistic statements in the evenings are not longer interesting. Serbia must abandon the ideas on dominance in the region, with denying identity or interests of all non-Serbian communities in the region.

One of the arguments against ‘Mini Schengen’ is the wish that such an idea does not present a replacement for accession to the European Union which is more or less in the progress in every country of the region. However, when this process is analyzed more thoroughly, it is clear that the process is practically frozen in all six countries. When this is discussed with decision makers in Brussels, they will tell you that the progress of Kosovo and Serbia towards the EU depends on their mutual deal and ‘legally binding agreement’. Visa liberalization for Kosovo citizens now depends only on political will of members of the EU, while that same will has caused that Serbia opens only one chapter every six months. At the same time, it is more likely that opening of new chapters will completely stop unless there is progress in the rule of law and negotiations with Kosovo. Having in mind it is clear it will not happen until the ending of election cycle in May and forming of a new Government, some (positive) changes could happen only in the second half of 2020. As for Bosnia and Herzegovina, the only certainty is that EU is now completely aware of the gravity of situation, but Brussels does not have any idea how EU could actually help. Montenegro is perhaps the most interesting case here because it has opened 32 out of 33 chapters, and the only remaining chapter is the one on competition. However, out of opened chapters, only three has been closed until now. Representatives of Montenegrin government usually praise themselves as being regional leaders in european integration. Nevertheless, European Commission is mostly frustrated, having in mind that Montenegro does not have ‘opened questions’, but is extremely slow in implementation of promised reforms and agreed issues with the Brussels, in which we should look for the reasoning of a small number of closed chapters.

The case of Macedonia and Albania has been well known, but beside the fact that opening of accession negotiations was blocked by France and different conspiracy theories with regards to this, media has not published many details based on facts. France has not been the only country against accession negotiations. There is Netherlands, that used to be sustained previously in similar situations, always with clear reasons in relation to the rule of law. On the other hand, reports on France suggestion for reform of accession process were mainly focused on the fact that countries would have the access to structural funds of the EU before the membership, while not many accentuated the principle of reversibility that this suggestion contains. Having in mind situations where the pace of progress is becoming drastically slow, or when the new laws and policies are denying positive results, this principle could have helped the necessary sustainability of reforms in the region. Unfortunately, it is expected that the agreements between EU members will not happen before May summit in Zagreb, which means few more months of excuses for inactivity for all the countries in the region.

Beside enlargement process, for which almost everyone now believes it is a myth now, and it will be difficult to be obtained due to political reasons in EU members, a very popular idea is that nothing in the region cannot be achieved without involvement of the United States of America and Russia. According to this old fairytale with many new fans, it is unnecessary to do anything in relation to the rule of law, institutions building, media freedoms and human rights, because everything will be the result of the agreement between Russia and the USA, which will be accepted by the EU and then the whole region ‘will move forward’. This deeply rooted prejudice is perhaps the most dangerous, because it provides an excuse from responsibility in advance for every government in the region, but also for the opposition parties, and all those who will come to power sooner of later.