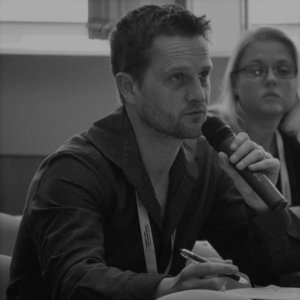 The EU facilitated “Belgrade-Pristina Dialogue” has been a long running exercise in bombast, frustration, and futility; the latest episode once again confirmed that the EU’s position as “honest broker” is untenable.

The EU has very clearly chosen to favor Serbia in the negotiations; this reflects a broader strategy of appeasing Belgrade in the hope that this will encourage them to move away from the Kremlin. This strategy has failed.

Since the Serbian Progressive Party came to power in 2012 Serbia has become more authoritarian, more revisionist, and more actively involved in promoting instability in the region. Serbia has strengthened its ties with Russia, and has refused to join the EU’s sanctions against the Kremlin.

On the other hand, Kosovo has made marked progress in the rule of law, media freedom, and respect for human rights. Kosovo scores better than Serbia in almost all prominent international indexes including the World Press Media Index, the Rule of Law Index, the Corruption Perception Index, and the Global Organized Crime Index.

Despite this, Kosovo, rather than Serbia, has repeatedly been the focus of EU-pressure as though its very existence is somehow akin to a crime against Serbia that must be punished.

With Serbia having become the EU’s darling the people of Kosovo have naturally become dismayed with the EU as they witness the unedifying spectacle of the self-declared bastion of values aligning with an unreconstituted aggressor.

“This goes particularly for Kosovo..”

Vetëvendosje campaigned in 2021 on the promise that it would reset the temper of the negotiations with Serbia and the EU; unsurprisingly, the people of Kosovo swept them to power. By acting on their promise, the new government has adopted a more assertive stance towards Serbia and a less fawning disposition towards Brussels.

As a result, this has angered the EU bureaucrats whose goal has long been to craft some arrangement that would facilitate Serbia’s path towards the EU while leaving Kosovo in a state of permanent stasis.

In the wake of the recent failure to bully Kosovo into signing a proffered agreement, Borrell raged, “I will inform my colleagues…about the behaviour of the different Parties and the lack of respect for their international legal obligations – and, I have to say, this goes particularly for Kosovo.” Borrell’s stance, coupled with the further postponement of visa liberalization for Kosovo, should leave little doubt, but that the EU has no desire to work in the interest of Kosovo’s citizens.

Ultimately, Prime Minister Albin Kurti’s government is asking for something that should have been established when the Dialogue first began; that Kosovo be treated as an equal. Kosovo cannot allow itself to remain an asterisk.

There are some both inside and outside Kosovo who have declared that Kurti and his government must not anger its international “friends.” Those internationals advising compromise, fail to recognize the extent to which the people of Kosovo have reached the limit of their ability to endure further humiliation and paralysis.

Many of those within Kosovo criticizing Kurti naturally want to go back to the old days when Kosovo did what it was told, and in return, the international community turned a blind eye as a corrupt elite plundered the country’s resources.

Kosovo of course needs friends, but if it is to be taken seriously as an independent state it cannot become a supplicant. Indeed, the agreement reached on the 23rd November suggests that Kurti’s stance has paid off.

The agreement is significantly different to that which Kurti rejected on Monday 21st; Kosovo has stepped back from some of its earlier demands regarding license plates, but the hysteria over this comparatively minor administrative matter is obviously not the sole cause of the current tension and Kosovo was surely right to insist that the issue be dealt with as part of a broader agreement on recognition.

Reflecting Kurti’s position, the new agreement contains an additional commitment by both parties to “fully concentrate, as a matter of urgency on the proposal on the normalisation of their relations”. Relatedly it includes the commitment by the EU to “ensure that key issues and principles related to normalisation will be addressed in the context of the proposal” and a promise to invite the parties “in the coming days to discuss the next steps within the framework of the proposal”.

These additional elements constitute significant victories for Kosovo; though much work remains to be done, the agreement should be seen as evidence that Kurti’s unwillingness to overlook the broader issues in favour of just signing an agreement that suits the EU and Serbia has been successful.

The key role of the U.S. in facilitating the revised agreement demonstrates once again that it has significantly more traction and operates with more cohesion as a broker than the EU.

If there is any hope for a deal that will finally compel Serbia to see sense, then it is imperative that Kosovo ensures that the U.S. continues to play a leading role, that Kosovo’s calls for justice and equality are heard and understood in Washington, and that the U.S. fully understands the danger posed by appeasing Serbia.

The government of Kosovo has come under sustained pressure to establish the...

The Impact of Artificial Intelligence on the Job Market in Kosovo

Artificial intelligence (AI) is rapidly changing the way we live and work. From...