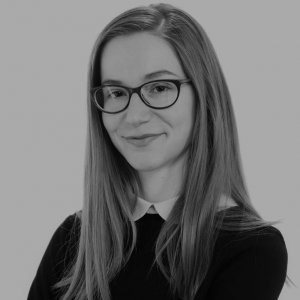 Care work is crucial to human well-being and social and economic development. It can be rewarding for the people who provide it and beneficial for individuals at the receiving end. Care provision usually takes place within the household and is mainly carried out by women, also known as unpaid care work.

How societies address unpaid care work has significant implications for gender equality. In order to dwell deeper into this issue, the Institute for Social Policy ‘Musine Kokalari’ (IPS) in Pristina conducted a country-wide quantitative and qualitative study on unpaid care work in Kosovo.

Unpaid care work refers to a wide range of activities that consists of direct and indirect care services for all members of a household, which can be categorized into two broad categories: Housework and care for others (i.e. childcare, elderly care, care for depended persons).

Housework involves cleaning, cooking, washing dishes or clothes, repairs, gardening and so on. Childcare involves activities like changing diapers, feeding and bathing, helping them with homework, and playing with them, among others. Elderly care and other forms of care for dependent persons (e.g. people with disabilities) involve activities such as taking them to the doctor, maintaining their medicine intake schedule, taking them on walks and talking to them and many other activities.

Existing data in 64 countries, comprising 66.9% of the world’s population in working age, shows that 16.4 billion hours per day are spent in unpaid care work. This equals to two billion full-time (40h/week) working people without financial compensation.

If monetary value is based on hourly minimum wage, data from 53 countries (63.5 % of the world’s population of working age) suggests that unpaid care work would amount to 9% of global GDP in 2011.

A country-wide time-use survey was carried out, as well as six focus group discussions to investigate Kosovo citizens’ perceptions of unpaid care work. The findings show that, on average, an individual in Kosovo spends 4.9 hours performing unpaid care work activities.

It is important to note that in addition to the difference in time spent performing unpaid care work, women and men differ significantly in the type of activity they perform. For instance, women provide the majority of care services for children. Men, on the other hand, carry out specific forms of childcare; for example, they help their children do homework or take them to the doctor, but they usually do not change diapers.

Using an opportunity cost approach, the total estimated value of unpaid care work in Kosovo is €2.8 billion or 33% of Kosovo’s GDP.

The emerging theme in the focus group discussions was that housework, childcare and care for other persons are perceived as a woman’s responsibility. Men’s contribution is seen as ‘help’ for their wives, mothers or sisters.

This way, care activities can be redistributed more equally between women and men; thus, transforming social norms and engaging men and boys in unpaid care work. Its reduction can be achieved by time-saving technologies, gender-responsive infrastructure and high-quality public services.

Finally, its representation in the social dialogue with the state, employers and trade unions would result in a care-centered approach to overall welfare policies.