Kosovo’s responsibility towards the international community 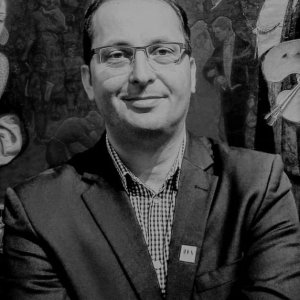 Kosovo's political trajectory of the last three decades is a valuable resource for international law and international relations. However, in its quest to fight corruption, to consolidate its international standing, etc., it is easy to become cynical and discard the truly sui generis story that is Kosovo's journey. Immersed in its internal problems, frequently one forgets that Kosovo has a responsibility to the international community to speak louder and more confidently about its journey. This ought to happen so that its journey serves as an example and inspiration to other oppressed and enslaved peoples. This is a responsibility and duty that Kosovo has within the global family of nations.

Let us not forget: the fortunate epilogue that followed the events of the ’90s in Kosovo is very rare in human history. The unfortunate peoples abandoned by the international community seem to always be greater in number. In their quest for liberation, for autonomy, independence, or equal rights, there continue to be (and probably always will be) peoples who languish under the yoke of repression or oblivion. A metaphorical look around the globe is enough to recall the sufferings of Kurds, Palestinians, Sudanese, Burmese, Belarusians, Syrians, Kashmiri, etc. The list is long, melancholy, desperate. In most cases, such communities will continue to live under oppression for a long time to come.

In the 1990s, Kosovo built a peaceful resistance, established a parallel system of governance that kept education, health, and social welfare afloat, and had a government in exile. There was also a well-organized diaspora that served as an oxygen pump in moments of existential danger. When all this was not enough to defeat the enemy, a unified armed resistance was organized around the Kosovo Liberation Army (KLA). The international community's attention to what was termed an unfolding humanitarian catastrophe, peaked in '98 and especially '99.

We went from being a footnote (maybe not even a footnote) in international negotiations on former Yugoslavia in the early ‘90s, to the climax of global attention in ’99. Today there is an impression that Kosovo was wronged by the Badinter Commission (charged with giving a legal opinion on the right of secession from the then-Yugoslavia), or the Dayton Accords. But the truth is that Kosovo was not a even topic of discussion to be wronged. It was purely “an internal matter” of rump-Yugoslavia/Serbia, which came to be abused as a carte blanche for terrible human rights abuses. At a peace conference on Yugoslavia, held in 1992 in London and chaired by Lord Carrington, the Kosovo delegation led by Dr. Rugova was not even allowed to attend the talks. Instead, they were invited to "follow" the conversations from the adjoining rooms of the conference hall.

Later, as we know, war broke out, followed by the Rambouillet Agreement, followed by the NATO bombing campaign. All of this happened within a 10-year period. Such a synchronization of the attention of Western states, such a consensus of global proportions on what was happening in Kosovo and what should subsequently happen in order to stop ongoing atrocities, is extremely rare. Maybe once in a generation if one is lucky. The case of Kosovo contributed greatly to the emergence of the UN-promoted humanitarian doctrine of "Responsibility to Protect (R2P)". This doctrine underlines the responsibility of peoples and states to help, to protect, and even to intervene militarily in cases when peoples are deprived of even the basic rights to life. As was the case with Kosovo in the late 1990s.

Even the subsequent events following the war represent a special case and a lesson for others. The UN-installed administration, which included under its umbrella a number of international and regional organizations, the NATO protectorate, etc., were operations that as such were first tested on the ground in Kosovo. To conclude with the Vienna negotiations and the recommendation for "supervised independence" as a transition to full-fledged independence. What this shows is that Kosovo and its political leadership have accumulated a phenomenal experience in both peaceful and armed resistance, in state-building as well as in democratization and consolidation of institutions. It is time for the country and any of its citizens, really, to share as much of its experience with other oppressed peoples as possible.

Kosovo has long felt the need to export security, not just be an importer of it. The recent deployment of its soldiers to the first peacekeeping mission in Iraq and Kuwait, is an excellent step in this direction. But more is needed, in various areas of life, both from institutions but also from individual citizens. The new country should feel a sense of responsibility towards others, to share the experience in its efforts for freedom, independence and democracy. And why not? Why not be more vocal and more confident when the truth is that Kosovo’s cause is built on a just and moral foundation from which many lessons can be learned internationally?

For example, the UN in cooperation with several research institutes is preparing a manual on demilitarization and reintegration of the military into civilian life after war. They are interested to hear from the experience that Kosovo has in this regard. The process of demilitarization of the KLA in ’99 was highly successful and sharing such an experience is an example of how to contribute to global knowledge and debate.

Among the many conflicts around the world, I would single out two right now. It is the case of Belarus, a country which has been held captive by dictator Alexander Lukashenko, in power since the fall of communism. A few days ago, his military planes forced the Athens-Vilnius civilian plane to land in the capital Minsk. One of its passengers - a Belarussian journalist called Roman Protasevich – was wanted by the authorities. Protasevich is now a political prisoner in Belarus. This act of state terrorism within the Schengen area flight is a very serious provocation for the whole EU.

In Belarus, meanwhile, opposition movements have long been brewing. Although victory may not be imminent, efforts for change are intensifying. There are many parallels here with the case of Kosovo, which can serve as an example of inspiration for this opposition.

The other case is that of Myanmar, where earlier this year the military staged a coup and snatched power in response to the result of democratic elections held in November last year. As a result, the country has been in the brink of civil war for several months. The army continues to torture and kill innocent people. But on the other hand, the popular resistance to the army is quite large. Moreover, the opposition movement has formed a National Unity Government and is working towards rewriting the constitution of the country. The legitimacy of this government stems from the elections of November last year, which were violated by the military coup. Part of this government works illegally inside Myanmar, part of it in the surrounding countries, and some even in the West.

Most likely, the battle between the generals and the National Unity Government will continue for some time and will be bloody. But given the widespread resistance, the generals may be defeated. But in the meantime, the support from the international community is critical, a support which so far has been lukewarm. And since many parallels can be drawn between Kosovo and Myanmar, this is a reminder that the former’s case can serve as an example of inspiration. Kosovo too, any of its citizens, can be more proactive in this regard and raise their voice for justice, invoking their own experience.