Serbia’s Culture of Denial: An attempt to shift the narrative of the aggressor 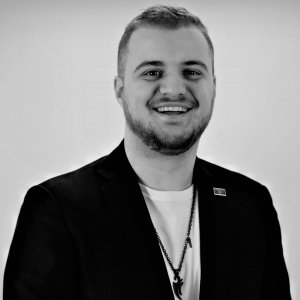 On June 24, the Specialist Prosecutor’s Office of Kosovo’s Specialist Chamber unexpectedly press-released that war crime charges for the Kosovo war had been filed against the President of Kosovo, Hashim Thaçi, and the former speaker of the Kosovo Parliament, Kadri Veseli – both being high-ranking officials in the Kosovo Liberation Army. Exactly three months after the press-release that had shaken Kosovo’s domestic stability and international reputation, the Specialist Prosecutor’s Office has confirmed its first arrests. Salih Mustafa, former KLA-official has been transferred to the Kosovo Specialist Chambers detention facilities in The Hague. Whereas, the head of the KLA’s Veteran Association, Hysni Gucati, was arrested yesterday with no official statement from the Prosecutor’s Office. Such events have triggered major reaction that both Kosovo’s statehood and the purity of KLA’s war are being judged. Echoing many Kosovo Albanians’ attitudes and sentiments, President Thaçi, has been adamant that regardless of eventual political motivations behind such charges against him and the KLA, ‘Nobody can rewrite history.’ However, in reality, history (re)writing is common.

The Balkans in general and Serbia in particular offer an ample example of state-sponsored efforts to relativize, misinterpret, and deny well-documented historical events and atrocities committed during Yugoslavia’s violent dismemberment. Albeit itself a textbook case of state-sponsored denial of war crimes and rehabilitation of convicted war criminals, Serbia has intensified its campaign against Kosovo and its leadership in an effort to (re)interpret the events of the Kosovo war and thus discredit the very reason of the NATO-s intervention to stop ethnic cleansing against Kosovo Albanians in 1999.

The Specialist Prosecutor’s Office impact in shifting international community’s attention towards high-ranking KLA officials has facilitated Serbia’s attempts to reposition Kosovo as the aggressor and exempt itself of any responsibility for the horrendous crimes its state institutions committed. The persisting attempts by Serb institutional leaders in the region to relativize Srebrenica remains a par excellence example of a state-sponsored attempt to (re)write history. Some two years ago, in an interview with Tim Sebastian, Serbia’s Prime Minister Ana Brnabić employed jargon, euphemism, and other forms of relativization to minimize Serbia’s role in Srebrenica. Albeit a candidate country to join the EU, Serbia’s record in dealing with its crimes remains deplorable.

Whereas previous Serb leaders have taken some responsibility for the crimes committed in the territory of Croatia and Bosnia and Herzegovina, and even extended formal apologies, in the case of Kosovo, there is no attempt at all to take any responsibility. This is evident from the increasing return of convicted war crime criminals in public institutions in Serbia. This is, for instance, palpable in the case of General Vladimir Lazarević, who was given a hero’s welcome by two senior Serbian ministers and later on was invited to teach cadets at the Serbian Military Academy in Belgrade upon his return to Serbia after he finished his sentence term for war crimes against Albanian civilians.

Similarly, Nikola Šainović, who was also convicted of crimes against Kosovo Albanian civilians, became a member of the Main Board of the ruling Socialist Party of Serbia after finishing the sentence at the ICTY. Vojislav Šešelj, another convicted war criminal at the ICTY, was elected in the 2016 parliamentary elections. Danica Marinković, who is infamous for sending to prison countless civilian Albanians, including prominent activists and public figures, in express trials in Kosovo during the 1990s – was also appointed at the Anti-Corruption Agency Board.

The almost unconditional rehabilitation by the West of Serbia’s current leadership - President Vučić and Foreign Minister Ivica Dačić, close aides of and heirs to notorious nationalist leaders from the 1990s, Šešelj and Milošević, respectively – has practically stalled the process of dealing with the past in Serbia and thus denied countless innocent civilian victims justice and retribution. Given Serbia’s role as the biggest country in the region and a key culprit in the 1990s Yugoslav tragedy, it is impossible to reach lasting peace, justice or reconciliation in the region without it undergoing a meaningful process of legal accountability and political catharsis. Rather than attempt to rewrite history in a way that absolves it from the horrific crimes committed by its institutions and use ongoing war crimes proceedings against Kosovo Albanians to undermine Kosovo’s statehood, it is time for Serbia to take full legal and political responsibility for its deeds in the past.

Viti i fundit i Angela Merkel-it