Why EULEX should have phased out a long time ago 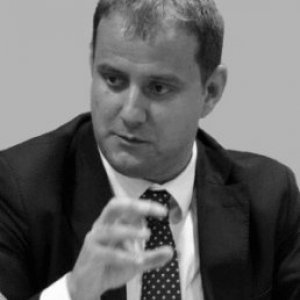 Since its deployment in 2008, EULEX was proudly proclaimed as a pioneering large-scale civilian mission of the European Union (EU). Initially 2000 members strong, the flagship mission was an opportunity for the EU to show its ‘muscles’ in foreign and security policy. Its overarching goal was to help Kosovo institutions and society build the rule of law. While the mission has been persistently kept and postponed in order to maintain the reputation of EU in its weakest spot – security and defence – it has shown very few results and minor contributions comparing to its big name and extensive budget. In strategic terms, the mission lacked clear ends whereas it had limited ways and means.

The EULEX mission was constructed in such a way that in legal terms it got formal endorsement from the UN secretariat to be deployed under the auspices of the obsolete UNSC 1244, while most importantly receiving a renewed invitation by Kosovo authorities bi-annually in order to both complement its legal basis but also to boost its legitimacy. In 2012, I received the first invitation in the capacity of a civil society researcher to discuss the extension and reconfiguration of EULEX’s mandate. A senior delegation made of senior European diplomats came to Prishtina. To our surprise, before the meeting, EULEX officials tried to convince us to speak with a ‘single voice’ by practically instructing us which issues to raise with the delegation. I and some other representatives from civil society were furious: we refused and rather considered this a patronising behaviour! During the meeting we were relentlessly outspoken, and we thought our opinion on the need to reduce the mission and channel focus more into the judiciary was largely taken into account. At the end of the day we were right to challenge the rationale why EULEX had to keep such a strong police presence at a time when the performance of the Kosovo Police was sound. We also questioned why the EULEX Customs component was necessary, because Kosovo Customs was an effective institution capable of ‘feeding’ 80% of Kosovo’s budget.

As time passed by, the mission became subject to numerous malpractices. Judges and prosecutors were seconded for 6 months and turnover was high: practically they had to leave the moment they became more familiarised with cases. Also, many came from different judicial systems. When one made an inquiry about this, they would say: “We need to proportionally take judges and prosecutors from different member states”!. Despite being a civilian mission, it was repeatedly led by retired generals, thereby against the core principles of civilian oversight of international missions. Numerous scandals including corruption allegations were revealed by its staffers, as well as reported misbehaviours towards local staff. On the other hand, there were very limited results and a large number of trials which were never concluded.

My experience in dealing with EULEX – along with other research interests – continued in two other meetings in 2014 and 2017 in Brussels, in which I and majority of other participants criticised the performance of the mission. Our discussion was ending up into a fallacy. They were giving the impression that we were there just to ‘tick the box’ in the matrix of EULEX consultation process with non-governmental actors. We were providing our arguments and there were no major differences among the participants: “EULEX did not even nearly meet the expectations”. I was leading the Kosovar Centre for Security Studies (KCSS) at the time so I referred to our annual survey of the Kosovo Security Barometer, in which the legitimacy of EULEX scored constantly low, and so was trust towards the mission. It barely reached 25 percent in both trust and legitimacy comparing to, for example, KFOR which was always in the margins of 60 percent. And this was not only a position of majority Kosovan Albanians, but largely also of Kosovan Serbs (though not always for the same reasons).

In 2017 the discussion in Brussels reached a dead end. After the EEAS delegation listened to our arguments about why EULEX should leave, a head of delegation (who was by the way the same one we met in 2012) interrupted and shouted: “at the end of the day, we will not listen to these opinions because EULEX is legally rooted in the UN mandate!”. A big silence prevailed, but the EU official saw it unnecessary to stay in the room any longer, whereas his colleagues, appalled by his behaviour, had to do ‘damage control’. One of the messages at the end was, I paraphrase, that they hear what we say, and that they largely agree that the mission faces lots of shortcomings, but concluded by saying: “please be patient because as an EU we need two more years, for EULEX mission to finally phase out in 2020”. At the end, I told them that they should be more honest and stress that the mission is more about “them” than about “us”.

While I vividly remember the 15th of June as the final date when the mission should either be terminated or be extended, the recent discussion on the upcoming indictments of Specialist Chambers brought into fora the discussion on the extension of the EULEX mission. I instantly asked why would the EU still push to keep the mission in Kosovo when even many of the EU bureaucrats informally agree the mission provided very limited contribution to rule of law in Kosovo? Since the EU is by far the only destination of Kosovo, regardless of its neutral political stance as a result of 5 non-recognisers, the EU and the sponsoring Member States should have been more direct and asked Kosovo institutions and society to extend the mission because it serves the EU’s standing and not the rule of law in Kosovo. This does not imply that rule of law in Kosovo is progressing. Indeed, corruption and organised crime have been so much internalised that only a strong political will and robust vetting process would pave the way for improvement. But, I repeat, the EULEX mission neither proved nor is expected to add any value to the situation.

If the EU (and the vocal member states) really want to help the country in the rule of law, special programming through different funding instruments and perhaps a separated mechanism within the EU Office in Kosovo could be considered. In this way, Kosovo’s path to EU integration, albeit being highly uncertain as of now, would be monitored through the lens of EU Office/Delegation. Kosovo institutions should therefore not feel obliged to formally ask for the extension of obsolete mission bringing no benefit to society and state-building. EULEX should have phased out years ago.