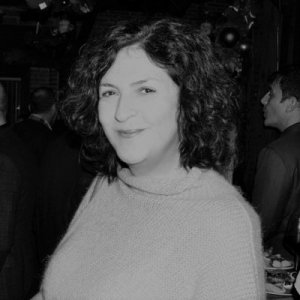 The corruption tsunami has devastated Macedonia for decades. The wake-up call from the USA stirred up the domestic public, hoisting expectations to a level of euphoria.

"Breaking news: Hurricane “Angela” wreaked havoc in the Macedonian judicial and political system. The education system also sustained severe damage. Many officials were taken down, and their shelters were destroyed. Hundreds of judges, prosecutors, and directors, ministers, and a prime minister here and there, were left without a political roof over their heads..."

We would like everyone to read this news in, say, 2024. We could scrape the metaphors from the beginning of this text but keep exactly the same outcome: the political safe havens of corrupt officials destroyed and new thinking that corruption is a necessary evil that attacks and destroys the system’s institutions.

And for that to happen, 2023 should be declared the year of fighting corruption. However, it should be a real fight, not just for show, as a way to deceive the public. Because we’ve seen quite a lot of that show already, with the commissions, strategies, and action plans, but as the ‘for-show’ fight gained momentum, so did corruption, which in Macedonia is already taking drastic proportions.

Corruption is flourishing across the board

In the key findings of the European report on Macedonia 2022, it is stated that the country is moderately prepared for the prevention of corruption. This, by definition, is not problematic in itself until you look at the report for the previous year, 2021, which contains exactly the same wording, implying that, in the period between the two reports, Macedonia did nothing to level up in terms of preparedness, while corruption is flourishing at all levels.

In the latest report on the corruption perception index of the international organization Transparency International, Macedonia was ranked 87th out of 180 countries, which is roughly an average result, but if you know that the higher the number in the ranking, the higher the corruption, it is yet another discouraging result in a series of such results, when it comes to the eradication of this societal evil. In fact, when writing about corruption, a real problem that arises is where to start and where to end with the examples. Because there are too many of them to count, and no one remembers the beginning, because as long as we can remember our state, corruption has been present.

That is why the announcements of the American ambassador Angela Aggeler that she will help in the fight against corruption and, in particular, in bringing the actors of corruption to justice, have been welcomed almost euphorically. As well as the news that Washington D.C. got involved with a sanctions team, which sets a precedent, at least according to public knowledge, in the partnership cooperation between Macedonia and the United States to date.

It is completely clear, therefore, that Macedonia got a wakeup call from USA – its long-time friend and supporter. The Americans are not hiding their disappointment of the fact that the millions, if not billions of dollars they invested in the construction of Macedonian state institutions, sank into the quicksand of the Balkan corrupt mentality. "We are talking about decades of investments, millions and millions of dollars invested in Macedonia’s judiciary, so there should be a return on our investment with a judiciary that works in the interest of the citizens", Ambassador Aggeler said.

So, will corruption disappear into Uncle Sam's hat in 2023? 2023 is a pre-election year, given that the country is set to have its presidential elections in the spring of 2024, which is not unlikely to go hand in hand with the parliamentary elections, whose regular deadline is June-July of the same year. Undoubtedly, this means that we will have an extremely interesting year in which the ruling parties will try to clean up all the stains that will threaten them in the elections, and the opposition will increase the pressure in order to win and come to power.

Vetting as an ace up the government’s sleeve

It is becoming more and more certain that the government’s trump card will be vetting as an instrument against corruption, for which a law is being prepared and Prime Minister Kovacevski announced that it will be adopted very soon in Parliament. The vetting will refer to the future office holders and the verification of their integrity, but if it only refers to that it will be the same old story, considering that the integrity test is mandatory at the Academy of Judges and Public Prosecutors since 2013. and it is neither a novelty nor a new weapon in the fight against corruption. 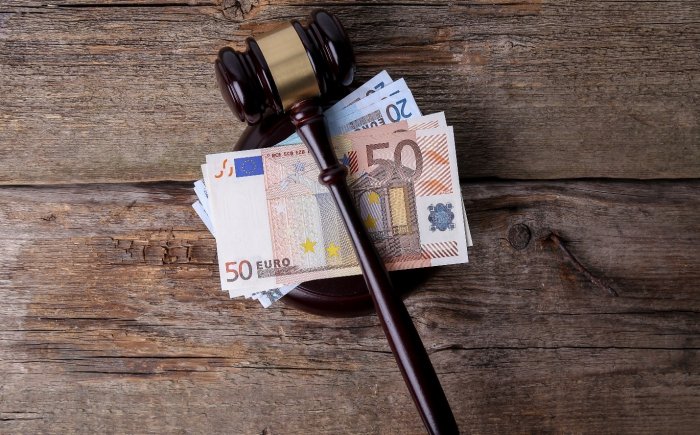 And for administrative officers, the integrity test became an obligation in 2011, which was then abolished in 2018. The fact that vetting will be part of the pre-election year 2023, however, carries the risk of a new round of bargaining and mutual individual and group amnesties in order to preserve intra- coalition peace.

Macedonia, unfortunately, has quite a long experience in the fight against corruption, hence the fears that next year will be business as usual, where the "hunt" will include a lot of dummy bullets and misses. We are experienced in fake combat. The corruption tsunami has ravaged Macedonia, not for years, but for decades. The problem was evident from the very beginning, but its actors, with a few exceptions, remained invisible.

Let us recall that 17 years ago, on December 9, 2005, on the International Day for the Fight against Corruption, Macedonia signed the first Declaration on zero tolerance of corruption. The ink from the signatures of the president of the state, the prime minister, the president of the parliament, political parties, business leaders, non-governmental organizations ... has been dry for a long time, and the war that was declared against corruption has ended in defeat.

For the irony to be even greater, the battle trumpets sounded off that same year, in which, as announced by the US Securities and Exchange Commission for Safe Trading, Magyar Telecom paid 4.875 million euros in bribes to a "third party" in Macedonia, with an agreement that it would transfer the money to high-ranking officials of the Government to delay or prevent the issuance of a license to a competing operator, as well as to prevent the introduction of "hostile" provisions in the new telecommunications legislation. At the same time, Magyar Telecom promised a political party in Macedonia business deals if it supported the legislation in the interest of this telecommunications operator.

For this case, as well as for a similar case in the same period in Montenegro, the American Commission filed a lawsuit that ended with a plea bargain - Magyar Telecom had to pay three fines in the amounts of $31.2 million, $59.6 million, and $4.36 million. and not go to court. Practically, with these settlements, Magyar Telecom admitted to paying bribes in Macedonia, but the protagonists remained far from the reach of the Macedonian justice.

Hence, no one finds surprising the message of the British ambassador in the country, Matthew Lawson, that corruption in Macedonia is getting worse. This statement by the British diplomat, as well as the warnings from the USA, caused a caricature choir response from the Macedonian officials, as if the corruption was committed and tolerated by some outsider, and not them.

The news about the big corruption scandal in the European Parliament  will probably give a sense of relief to our senior political representatives that corruption is not only present here, but also in developed countries. However, it is quite the opposite. The fact that it is present in such a high-level institution as the European Parliament shows how serious a threat corruption is to societies and to honest citizens whom the institutions are supposed to serve.

And let's be honest, in this case, as in the previous case with the Slovenian MEP, the Balkans and the close neighbour Italy (whose officials are also involved in the case along with the Greek vice-president of the European Parliament), Austria, Romania, as well as Spain, remained faithful to the "tradition" of using bribes. Let’s also recall that, last year, in a corruption affair, the chancellor of the Austrian government also lost the position of prime minister. However, the difference is obvious: in Europe, the big fish are also taken down, while in Macedonia they remain untouchable.

Measures proposed by the SCPC are not supported

Furthermore, our officials continue to take steps that are contrary to the indications of the dangers of corruption. In its National Strategy 2021-2025, The State Commission for the Prevention of Corruption, for instance, assessed that the financing of the media and civil society organizations can be a basis for influence trading, which is very significant in creating public opinion.

However, the Government today is not renouncing its intention to bring back media campaigns, with the excuse that they are of public interest, although we all saw what happened during the period of Gruevski's rule, we saw what backhanded media financing did to our society, and what happened with the media.

In the same Strategy, the SCPC warned of the strong political influence in the public sector, of problems in the rule of law and the low rate of sanctioning of corrupt behaviour at a societal level, and pointed to the regulation that leaves room for misuse and corruption. But even that didn't set off the alarm. On the contrary, only 20 percent of the measures requested by the SCPC from ministries and institutions were carried out in 2021, and in the area of land development and urbanism, where the term "construction mafia" was adopted, the measures were completely disregarded.

Instead of writing a closing paragraph, in this article about the Macedonian corruption saga, we ask: Will someone join ex-prime minister Gruevski and the ex-head of counterintelligence Mijalkov on the American blacklist  for involvement in corruption, published in April 2022? That would be the most logical outcome of the wake - up call we got from the US, which stirred up the domestic public, raising expectations to the level of marginalizing the domestic forces and institutions whose job it is, in fact, to curb corruption.

And, will Macedonia be able to get out of this corruption quicksand. The previous declarations were obviously motivated only by the need for publicity, while the real struggle was almost absent, if we exclude a few examples such as the two former secretaries-general Muhamed Zeqiri and Dragi Rashkovski, and Gruevski and Mijalkov, as well as Gruevski's ministers, Gordana Jankuloska and Mile Janakieski.

For now, the burden is on the shoulders of the State Commission for Prevention of Corruption, but without strong and independent institutions - Prosecutor's Office, judiciary and police, it seems that we will be in the grey zone of corruption for a long time.

The blog was created as part of the “Tales from the Region” initiative led by Res Publica and Institute of Communication Studies, in cooperation with partners from Montenegro (PCNEN), Kosovo (Sbunker), Serbia (Autonomija), Bosnia and Herzegovina (Analiziraj.ba), and Albania (Exit), within the project "Use of facts-based journalism to raise awareness of and counteract disinformation in the North Macedonia media space (Use Facts)" with the support of the British Embassy in Skopje.

The political events of 2022 indicate that perhaps 2023 will be the year when...

So, the thread from trust to being manipulated is getting thinner and thinner,...