Putin's invalid analogies about Kosova and the annexed regions in Ukraine 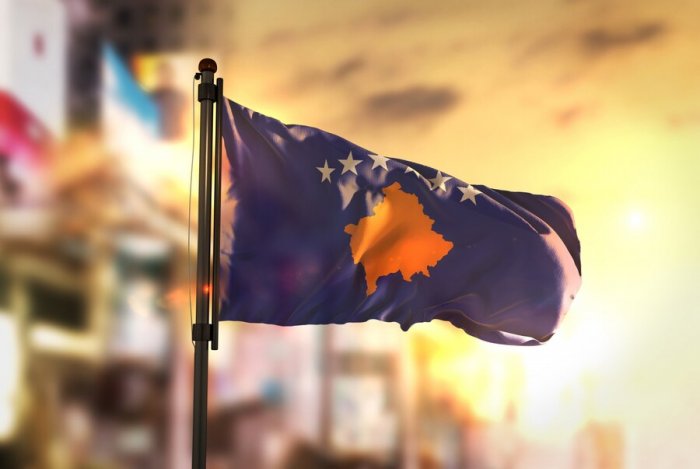 On the 30th of September the President of Russia, Vladimir Putin declared 4 Ukrainian regions as Russian territories. In his speech, he accused the West for using double standards with respect to international rights. Since the start of the aggression against Ukraine in February of this year, Putin and his subordinates on several occasions have drawn parallels between Kosova and the annexed regions. However, this is the first time that Russia’s Ministry of Foreign Affairs (MFA) refers specifically to the decision of the International Court of Justice (ICJ) about Kosova in order to justify the independence of Ukraine regions as in accordance with international law.

On September 23-27, the so-called People's Republics in Donetsk and Luhansk, Kherson and Zaporozhye regions, which are populated by the Russian majority, organized referendums for their admission to the Russian Federation. According to the published results, the overwhelming majority of voters - about 99 percent - supported the union with Russia.

The Kremlin claims that the referendums were held in full accordance with the standards and principles of international law, mentioning also the "unilateral declaration of independence" of Kosova. According to them, "The people of Donbass and the south of Ukraine exercised their lawful right to self-determination in accordance with the UN Charter, the 1966 international human rights covenants, the 1975 OSCE Helsinki Final Act, and the verdict of the UN International Court of Justice on Kosova on July 22, 2010.” The ICJ, as claimed by the Russian MFA, confirmed that the unilateral declaration of independence from a part of a state does not violate any norm of international law. Despite the mentioning of Kosova, the Kremlin has continuously denied Kosova's statehood, thus putting its foreign policy at Serbia’s service. The blockings of every initiative in the Security Council, where Russia is a permanent member, for the replacement of Resolution 1244 is clear evidence of the opposing stance of the Russian state towards Kosova.

There are numerous arguments that prove that the case of Kosova is not similar to the regions annexed by Russia. Kosova had declared its independence in coordination with the Western countries and in the first days after its declaration it was recognized by the USA, European Union member states and other countries in the world. The opposite happened with the annexed regions. US President Joe Biden and the European Union opposed Putin's move, saying that his actions "have no legitimacy" and that they will always respect Ukraine's borders. 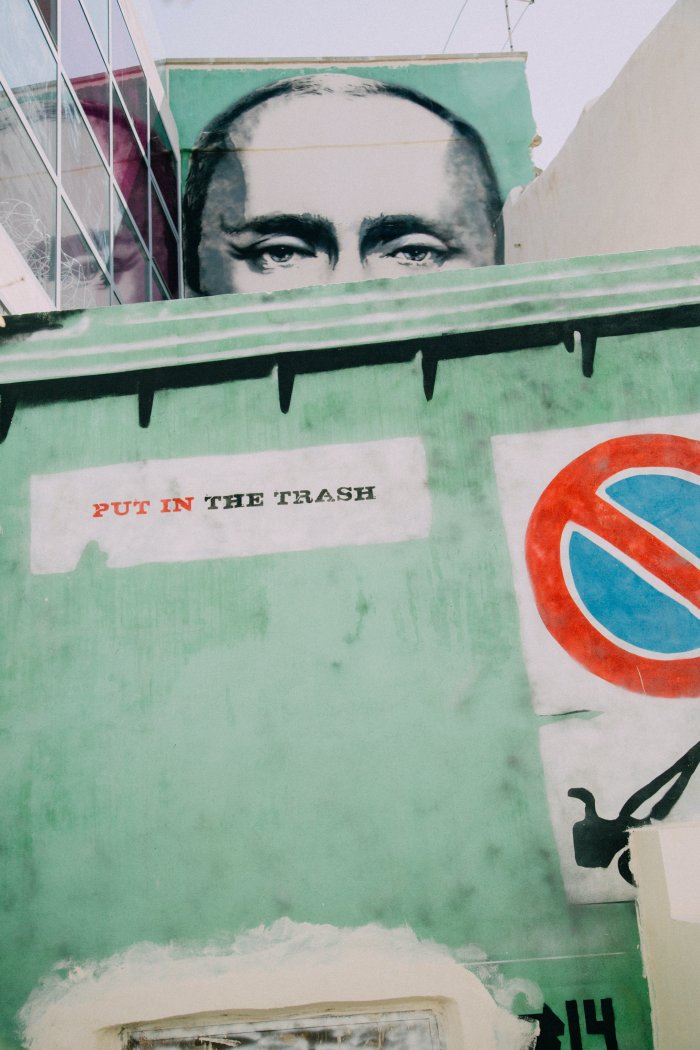 Kosova's declaration of independence is within a long historical and political context which culminated with the events of the late 90s. The International Community had left no stone unturned to stop Slobodan Milosevic's aggression against the people of Kosova, apart from the military intervention, which took place in March 1999.

Under the leadership of US President Bill Clinton, NATO undertook an intensive bombing campaign against Serbian military and police targets to stop the ethnic cleansing of Kosova by the Milosevic regime. After 78 days, the army and police of Serbia were banished from Kosova, and in their place came the peacekeeping forces of KFOR.

Russia had strongly opposed NATO's intervention and the declaration of independence, warning that the events of the late 90s were sowing the "seed" of a dangerous precedent, which would then be used by Putin in the following years. The events of the invasion of Crimea in 2014, and finally the launch of the so-called "Special Operation" for the annexation of other regions in Ukraine, confirm what Putin had warned us about.

The case of Kosova in international law, and as defined by Ahtisaari, is treated as "sui generis". However, based on Article 96 of the UN Charter and Article 65 of the Statute, Serbia had asked the ICJ to give an advisory opinion regarding the question: "Is the unilateral Declaration of Independence, declared by the self-governing institutions of Kosova, in accordance with international law?".

Albania-Russia dispute in the UN

A few days before the announcement of the annexation, the issue of Kosova was also raised in the UN Security Council. The Russian ambassador, Vasily Nebenzya, accused the West of using double standards, "denying the people of Donbas in the liberated territories of Ukraine, the right to self-determination." Moreover, according to him, unlike the situation in Crimea, Luhansk, Donetsk and Zaporizhia, in Kosova there was no referendum but only a declaration of independence, "approved by the temporary self-governing authorities that exceeded their competences''.

However the Albanian ambassador to the UN, Ferit Hoxha, counter-answered him. According to Hoxha, there is no similarity either from the historical or the political standpoint between the cases, since Kosova has been recognized by half of the United Nations, including half of the UN Security Council.

Putin's actions in Ukraine also presented the President of Serbia, Aleksandar Vučić, with a dilemma. So far, he has refused to impose sanctions on Russia, despite the West's request. But when the referendums were announced, Vučić made it clear that he does not recognize them, using the "illegal" secession of Kosova as an argument. Similar to Russia, Vučić also cited the UN Charter and the resolutions adopted by this organization, for respecting the right of states to sovereignty. Serbia has constantly tried to proclaim to the West that Kosova is not a "sui generis" case and that it constitutes a dangerous precedent, as it has hinted that now Scotland and Catalonia can act similarly. Vučić’s statements come in the wake of the dramatization and the alleged pressure to solve the problem with Kosova, in the framework of the dialogue mediated by Brussels.

Another ally of Putin from the Balkans was involved in the debate about the legality of the regions annexed by Russia. The Serbian member of Bosnia and Herzegovina’s presidency, Milorad Dodik, accused the West and justified Serbia's refusal to recognize the annexed regions, because of Kosova. For the Serbian politician, who is also on the US blacklist, if Americans can protect their citizens anywhere in the world then why, "can’t Russia reserve the right to protect 15 million Russians, especially after everything they experienced in Ukraine."

Meanwhile, the US ambassador in Belgrade Christopher Hill has said that there is no analogy between the situation of the Kosova War 23 years ago and that of the invasion of Ukraine by Russia. According to the American diplomat, Putin "isn’t even interested in Kosova and is only trying to legitimize his actions towards his neighbors''.

Not only politicians compared the case of Kosova with the annexed regions in Ukraine. A post Elon Musk, who is the owner of Tesla and is now the owner and executive director of "Twitter", also prompted numerous reactions. Distributing the Kosova flag on his profile, he said that the citizens of Donbas and Crimea should be left to decide whether they want to be part of Russia or Ukraine, as he posted the "Britannica" article about the declaration of Kosova's independence. This statement also pushed the president of Ukraine, Volodymyr Zelensky, to initiate a poll with the question - "Which Elon Musk do you like more? The one who supports Ukraine or the one who supports Russia". After over an hour, more than 916 thousand votes were collected, where 84.6 percent said they want a Musk who supports Ukraine.

False narratives about the war

Putin is trying to justify his actions in Ukraine through state propaganda. He is deeply involved in spreading false narratives about the war, seeking to portray Russia's "special military operation" as a pan-Slavic mission to unite Ukrainians with "Mother Russia." According to an analysis by the "Washington Post", Putin is flirting with the extreme right in other countries, but also among the population in general. His argument was based on a poll in Serbia from June, which showed that almost two-thirds of Serbs consider NATO to be responsible for the war, while about 10 percent consider Russia. In Serbia, there are increasingly dangerous groups that support Putin, who in turn is interested in spreading the conflict in the Balkan region as well. Besides his refusal to recognize Kosova, Putin was behind an attempted coup in Montenegro in 2016, and has supported separatist elements in Bosnia and Herzegovina. 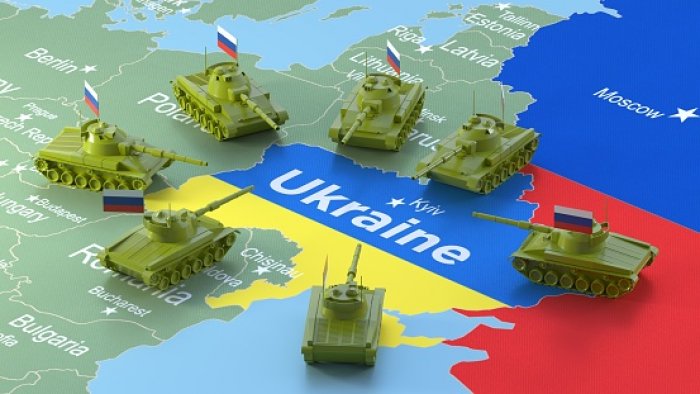 KFOR continues to supervise Kosova’s border and has also warned several times that it will not allow the security situation to be compromised, despite temporary tensions along the border belt with Serbia. But Kosova officials have not ruled out the possibility of a war with Serbia, as claimed by them, they’re [Serbia] trying to influence the north which is populated with a Serbian majority in accordance with the Russian model.

In fact, Serbia and Russia with their continuous obstructive actions have tried to undermine Kosova's statehood in the international arena. Only after the annexion of the regions of Ukraine, Putin is trying to legitimize them by invoking the right to self-determination and respecting the decision of the ICJ.

*The author of this article is Fitim Gashi.

*This article is published as part of the Western Balkans Regional Initiative against disinformation.

The shooting that brought back the tensions between Kosovo and Serbia

The shooting of two young Serbs with firearms in Shtërpcë, just a few...