One of the most effective ways to spread unverified news and misinform public opinion is to reprint news stories that happened long ago, presenting them as current. Recently, this also happened with an unverified news regarding a statement by President Erdogan.

"Erdogan Message to Albanians!: You Know Very Well That Europe Has Always Trampled You Down!" is the title published by the “Express Gazeta” Facebook page on October 29.

The content of the news talks about the visit of the President of Turkey, Recep Tayyip Erdogan to Albania in May 2015. As a description of this news, there is a paragraph in the English language that says “The President of Turkey, Recep Tayyip Erdogan speaks after his meeting with Albanian counterpart Bujar Nishani during a visit to Tirana, Wednesday, May 13, 2015. Erdogan is visiting Albania to discuss the growth of economic ties with the small Balkan nation, leading a delegation of about 100 businessmen.”

The Facebook page that published the news with some changes in the name tries to associate apparently with the Gazeta Express news portal, but they have nothing to do with it. This page has over 67 thousand followers. 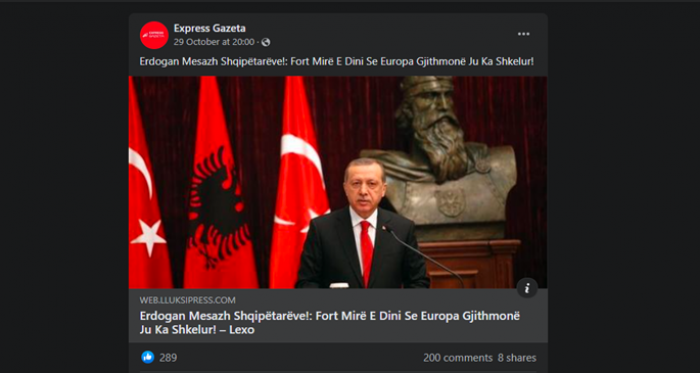 While, in the content of the news, it is said that “Erdogan was asked by a journalist about Albania and Greece. Erdogan said that Turkey will be close to Albania and I will not allow a new situation. Albanians have always lost from Europe. Albanians cannot trust Europe more than Turkey and we have an obligation for such a thing. The history of Albanians and Turks has been manipulated because we are brothers among ourselves, says Erdogan.”

Based on this description, it is clear that this news is old, has a sensational title, manipulated and unverified content and the goal is to present it as current news, and to present Europe as an unreliable partner in relation to Albanians and promote Turkey as the main and only support for Albanians in the Balkans.

The same news has been published several times in the past. 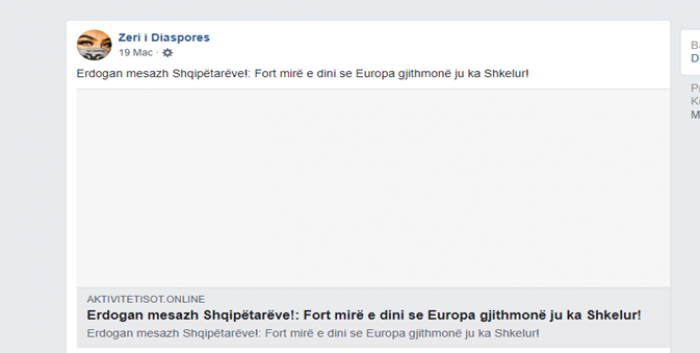 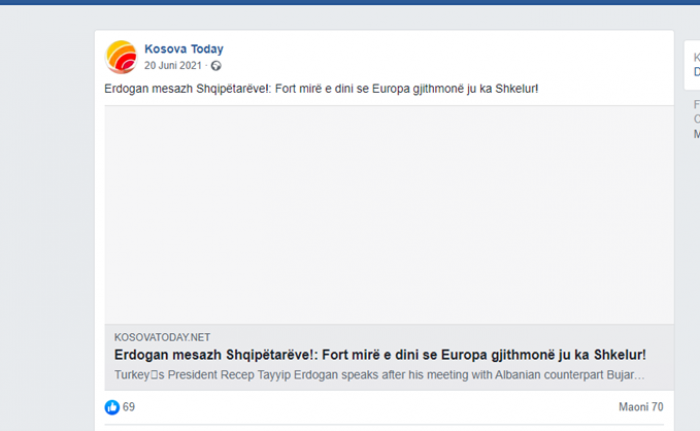 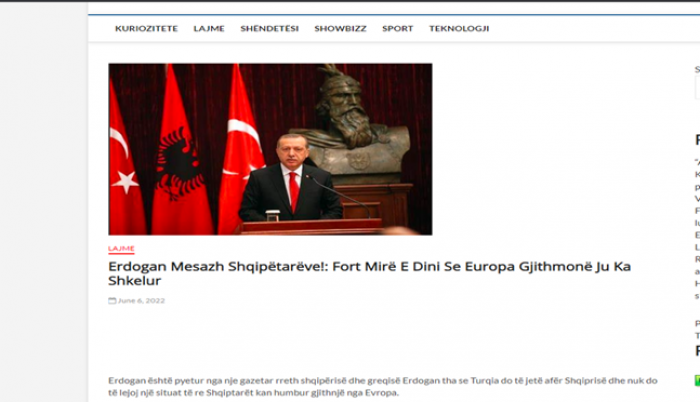