After the recent tensions in the north of Kosovo, the President of Serbia, Aleksandar Vucic, on July 31 raised claims that a group of Chechens and Circassians had stayed in Kosovo.

“In the last three days of July, we noticed the movement of people from Chechnya to Kosovo. One of them is Ahmed Ruslanovic Bahajev. We also have information that at the beginning of August, a group of Chechens and Circassians who are connected to Ramazan Kadirov's opponents stayed in the north of Kosovo,” said Vucic.

According to him, the task of these groups was to eliminate armed Serbs in the north of Kosovo and to recruit potential soldiers to fight in Ukraine. Vucic's claim was widely reported on the front pages of the Serbian media. Vucic gave this statement without providing any additional facts that support it.

The media which published the Serbian president's claims on their front pages are also distributed in the areas populated by Serb majority, including the north of Kosovo, where there is the largest concentration of Serbs. The text of “Novosti” was also distributed by the “Kosovo-online” portal. 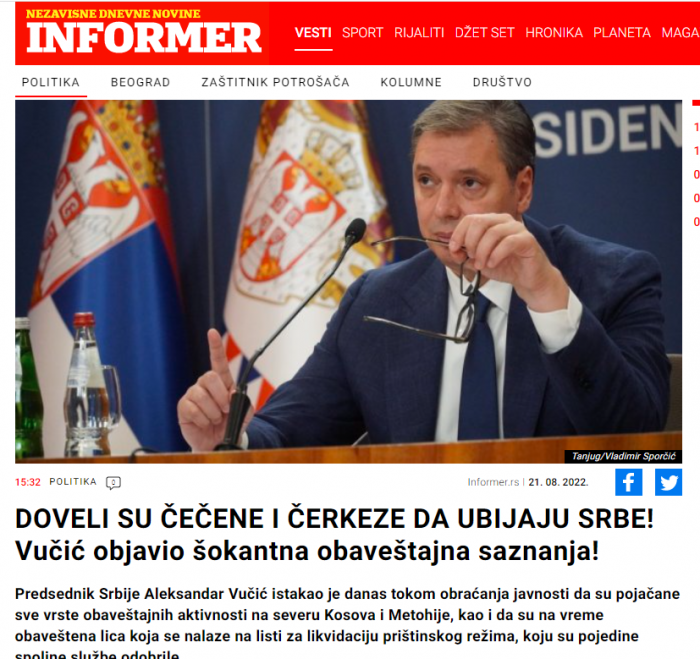 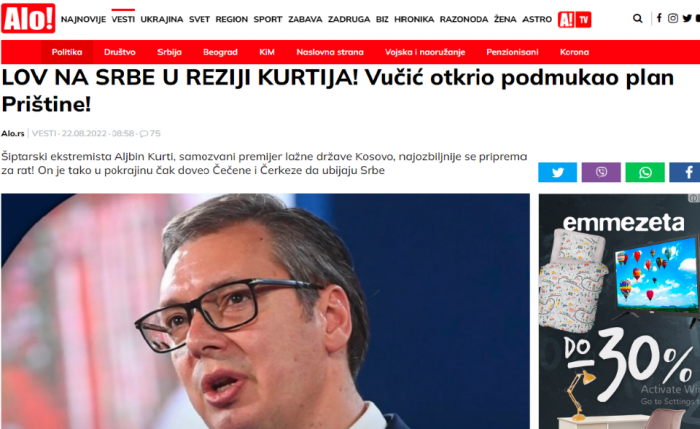 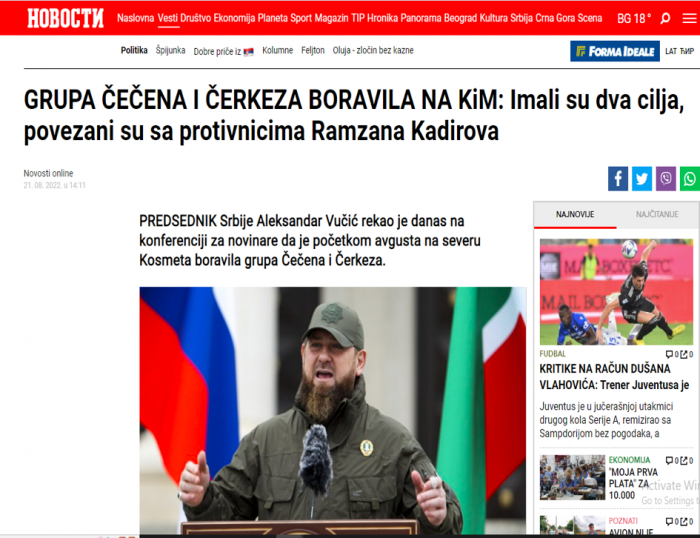 The report of the Serbian media was also published by an Albanian media, describing it as propaganda of Vucic's media.

While the Ministry of Internal Affairs and other security bodies have not issued any statement, the Chief of Cabinet of the Presidency of Kosovo, Blerim Vela, reacted through a post on Twitter. According to him, no citizen of Kosovo has joined the war in Ukraine, and no Chechen or Circassian has conspired to kill Serbs in Kosovo.

Such reports coming from officials in Belgrade have become frequent in recent days, aimed at instilling fear in the Serbian population in the north.