Serbian officials misinformed about the reasons for the arrest of Dejan Spahic by the Kosovo Police, saying that he had no problems with the law and that he was only transporting drugs to Rudare in Zveçani. During an interview for Serbian public television - RTS, President Vučić stated that the driver of the ambulance was not arrested by ROSU units, but by the so-called Special Intelligence Agency. He speculated saying that this force was created and is led by the Prime Minister of Kosovo, Albin Kurti. 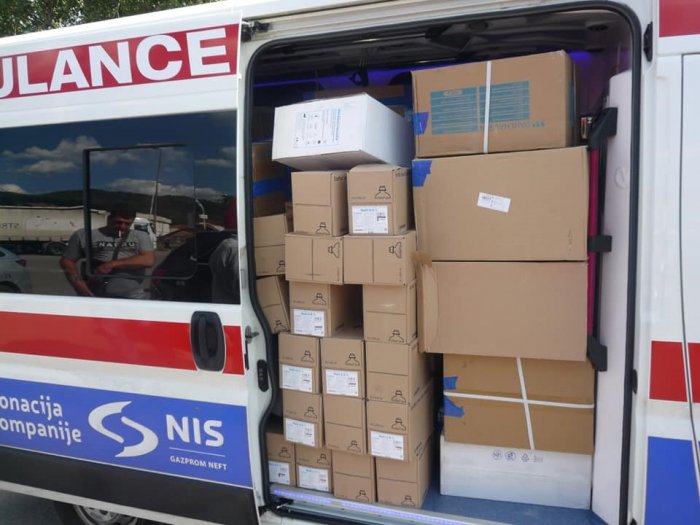 "They caught a Serb who was transporting medicine, who is not guilty. They will say that he is guilty of being in a demonstration near the barricades. Well, all the Serbs are at the barricades because they are fighting, because they don't think that Kosovo is an independent state, and then Kurti in front of QUINT says that he will fight against the mafia and crime. All Serbs are mafia except those who say that Kosovo is independent", said Vucic. This statement was also distributed by Kosovo-online, which is read in the north populated by Serbian majority.

Meanwhile, his subordinate, the director of the so-called Office for Kosovo in the Government of Serbia Petkovic, has slandered saying that the driver Dejan Spahic was mistreated for several hours by the KP. 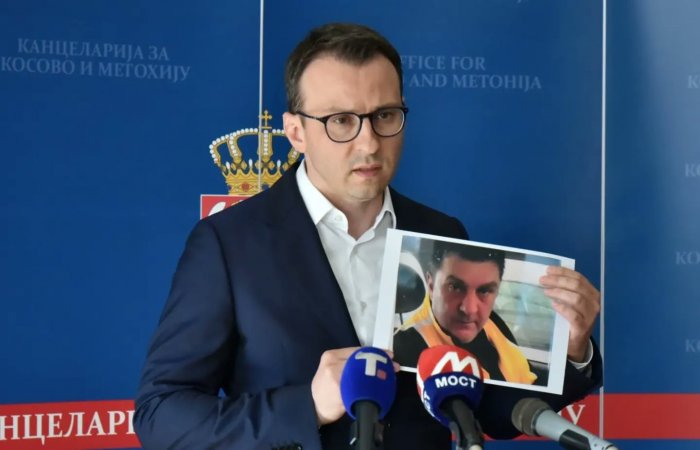 "After more than seven hours of mistreatment and survival by @albinkurti, the Kosovo Police and special units, the ambulance driver Dejan Spahic was released a little while ago! I just heard from him that he is doing well despite everything he has been through. Belgrade has engaged a lawyer for him and all the necessary support, which in the end, together with the efforts of the president @avucic, resulted in his release at home", wrote Petkovic, whose statement was also distributed by Kosovo-online.

These statements were denied by the KP, which clarified the circumstances of the ambulance driver's arrest. KP has confirmed that the arrest was carried out in an effort to fight smuggling in the north, and not any other task force that Vucic speculated about.

"The driver of the vehicle did not have documents on the origin of the medicinal products, therefore there is a reasonable suspicion that they have entered the territory of the Republic of Kosovo illegally, i.e. they have been smuggled while avoiding customs obligations", the press release of the KP states.

The police have informed the prosecutor of the Basic Prosecution in Mitrovica and the case is being handled by the investigative bodies in coordination with him.

According to the Police, the circulation of false information is aimed at disinformation and creating insecurities among citizens.

"At the same time, through this official information, we deny the various false information that are circulating that the Kosovo Police, in the north of Mitrovica, are detaining and mistreating citizens, during the exercise of their police duties. We invite citizens not to fall prey to such inaccurate information", says the KP communique.

Serbia undertook a wild disinformation campaign on the eve of the start of the implementation of the decision on reciprocity in license plates and IDs. As a result, on July 31, for several hours, dozens of Serbian citizens with heavy vehicles blocked the roads leading to the border points in Jarinje and Bërnjak. Following the request of US Ambassador Jeffrey Hovenier, the government postponed the implementation of the decision for 30 days.

Belgrade misinformed that according to the decision of the Kosovo government, the identity cards of Serbs would be confiscated at the border. But with the decision of the government, those who have Serbian identification documents will only have a document added to them at the border crossing points, a practice that Serbia has been applying with Kosovo citizens for more than a decade.