Misinformation and fake news regarding the alleged injuries and damages caused as a result of blocking the roads leading to the border points in Jarinje and Bërnjak, have circulated this week in the Kosovar media.

On July 31 at around 20:00, "Gazeta Nacionale" based, as they said, on sources near the scene, published an article with the title: “A policeman and two Serbs injured by gunfire between the police and the barricaders.” 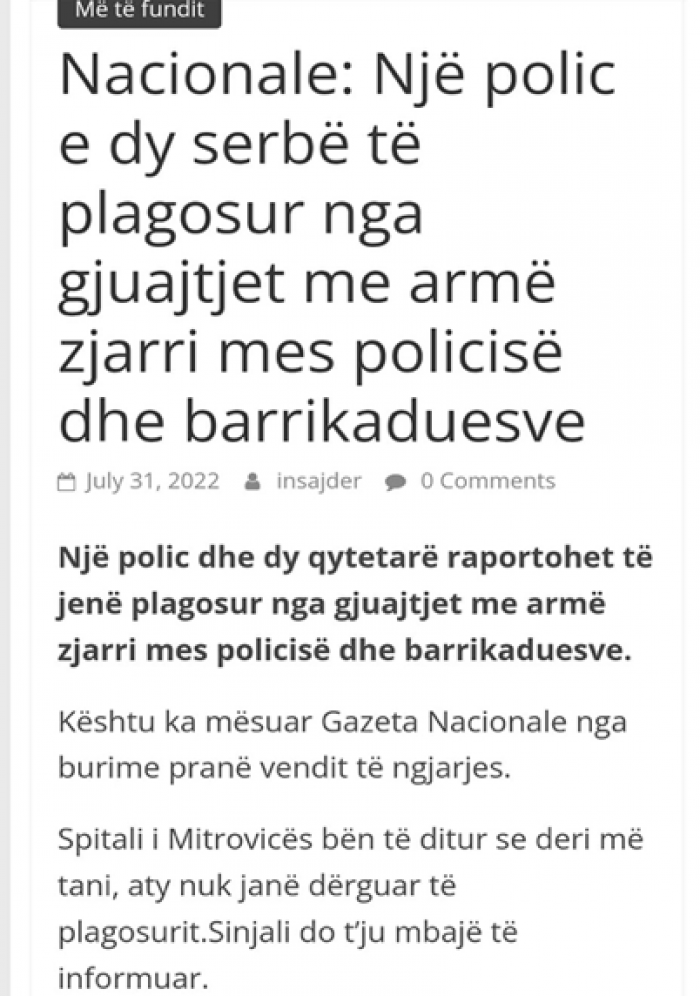 According to this report, in the northern part which was blocked by the Serbs on Sunday, a policeman and two citizens were injured by gunfire between the police and the barricaders. The article of “Gazeta Nacionale” was also republished by several other media, but they later withdrew it, such as: Gazeta Newborn, Insajderi, Jepize, Sinjali, Veriu.info.

Less than an hour later, this piece of news was disproved by Kosovo Police (PK) through a press release. There it is said that KP has provided official information that in some locations gunshots were heard in the direction of police units, but that there were no injuries.

On this occasion, the KP has called on all media and citizens not to fall prey to false news, which tend to destabilize the situation and cause panic.

Even Facebook itself has described the news about the injury of the policeman and citizens as false. 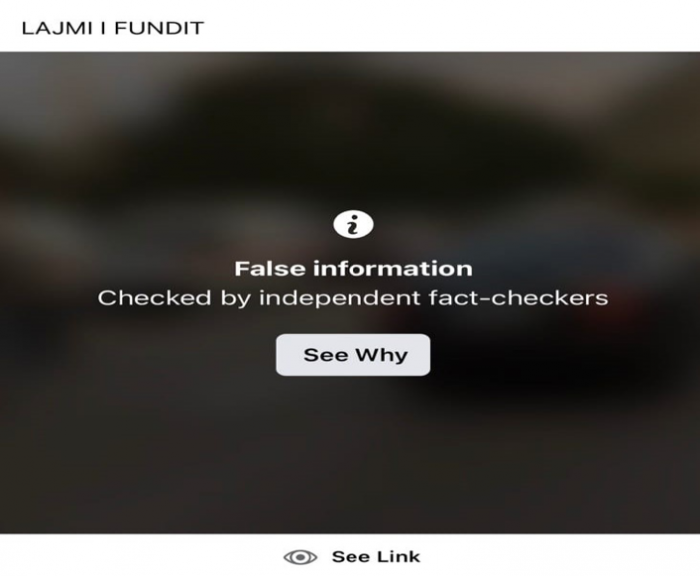 As a result, "Gazeta Nacionale" was forced to delete the news, while its owner, Berat Buzhala, apologized, saying that they based the article on “a source from the police” from which they received accurate information in the past.

A day after the events in the north, Prime Minister Kurti and Minister of the Interior Sveçla held a press conference. While Kurti said that “fortunately, no one was wounded by gunshots, as was falsely reported by some news agency,” Sveçla confirmed that 11 citizens were injured in other ways.

The KP also stated that there have been cases of “arrest and ill-treatment” of Albanian citizens, causing injuries and material damage to their vehicles by persons suspected of organizing roadblocks.

Government officials have cited the concern of European and American factors about the negative effect of Serbia's disinformation campaign regarding the two decisions of June 29, as they justified the postponement of the implementation for a month. After the postponement of the deadline for the implementation of the decisions, the barricaders removed the obstacles and the border points in Jarinje and Bërnjak were reopened for the free movement of people and goods.

Although a delay in implementation was requested, the government's decision was supported by the US. American Ambassador Jeffrey Hovenier also reminded the chairman of the Serbian List, Goran Rakic, at the same time Minister for Communities and Returns, that these measures are based on the agreements signed in Brussels between Kosovo and Serbia. The German Ambassador, Jorn Rohde, in a meeting with President Vjosa Osmani, described the government's decisions as legitimate.

Meanwhile, Brussels has resumed its efforts to find a final solution that would avoid the blockades in the north, after the expiration of the deadline for the implementation of reciprocity. Thus, Prime Minister Kurti and Serbian President Vucic responded positively to the invitation of the High Representative of the EU, Joseph Borrell, to meet in Brussels on August 18.