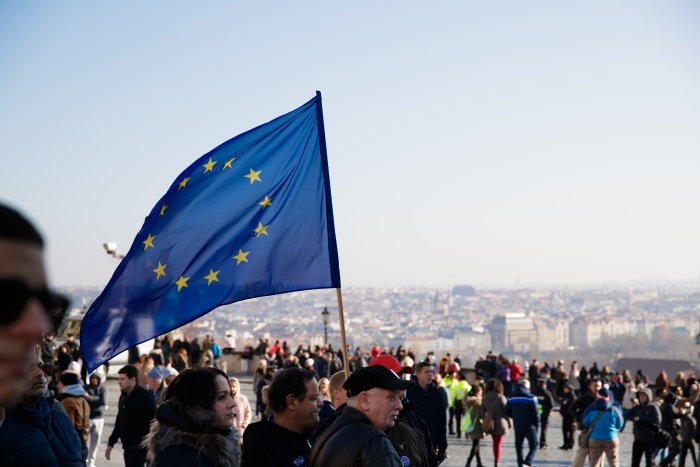 The perception that existed over the years about the citizens of Kosovo as the most pro-European people has started to shake. The lack of decision-making by the European Union regarding visa liberalization, uncertainties in integration­ due to non-recognition by the five EU countries, as well as the approach to dialogue with Serbia - are among the factors that have increased the skepticism of the citizens of Kosovo towards the European Union. This is also confirmed in various reports that measure the perception of public opinion. However, Kosovo has generally expressed its unwavering intention for membership in the European Union, taking on the fulfillment of the obligations from the only contractual relationship that currently exists - the Stabilization and Association Agreement (SAA).

On June 23 and 24, the European Union Summit was held with the countries of the Western Balkans. Before and during it, there were optimistic statements from the officials of Kosovo and those of the region.

Even the officials of the European Parliament repeated the request that Kosovo's visas be removed, which they have repeatedly done through numerous resolutions.

But, apart from political support in terms of visa liberalization, there were no other actions from the EU.

President Vjosa Osmani, who represented Kosovo at the summit, expressed her displeasure at the prolongation of the process, although all criteria have been met for four years. However, she reaffirmed the position that Kosovars remain the most pro-European people.

The prime minister of Albania, Edi Rama, appeared to be harsher towards the EU. He called madness the fact that the EU has left the Kosovars alone isolated in the region, as he drew parallels with the period of the former Yugoslavia when movement towards Europe was not conditional on visas.

Disappointment after the mention of additional conditions for liberalization

Not only was there no decision-making within the summit where the issue of liberalization was not even included in the joint statement, but it was also followed by warnings from officials from Brussels about the possibility of additional conditions for Kosovo. Thus, Commissioner for Enlargement Oliver Varhelyi, mentioned some areas where “member states want clear results” such as the fight against organized crime, anti-trafficking and asylum requests.

This statement provoked a wave of reactions, where two parliamentary commissions, through a joint statement, described as harmful and contrary to the spirit of European solidarity and unity the tendency for visa liberalization for Kosovo citizens to be discussed outside the decision of the European Commission of 2018.

But the European Commission clarified that there will be no new guidelines for the liberalization of visas for Kosovo. According to the spokeswoman of the Commissioner for Enlargement, Ana Pisonero, the Commission continues to stand behind the assessment of July 2018, that Kosovo has met all standards related to re-admission and re-integration, security of documents, migration and border management, public order and security and fundamental rights.

More than any other country, in the case of Kosovo, the roadmap for visa liberalization contained 95 criteria, which in 2018 the European Commission found fulfilled. But the decision-making has been stuck in the Council of Ministers of the EU, which is the last link before giving the green light for visa-free movement.

Voices against liberalization continue to echo from French officials. The MEP, Dominique Bilde, who belongs to the extreme right, has clearly expressed her opposition to Kosovo's membership in the European Union.

Even according to her, the idea of Kosovo being part of the EU is madness. France has so far opposed the lifting of visas for Kosovo, citing the lack of an efficient fight against organized crime and corruption. Even the calls from Kosovo Civil Society organizations, which sent a letter to President Emmanuel Macron, have not swayed his attitude. 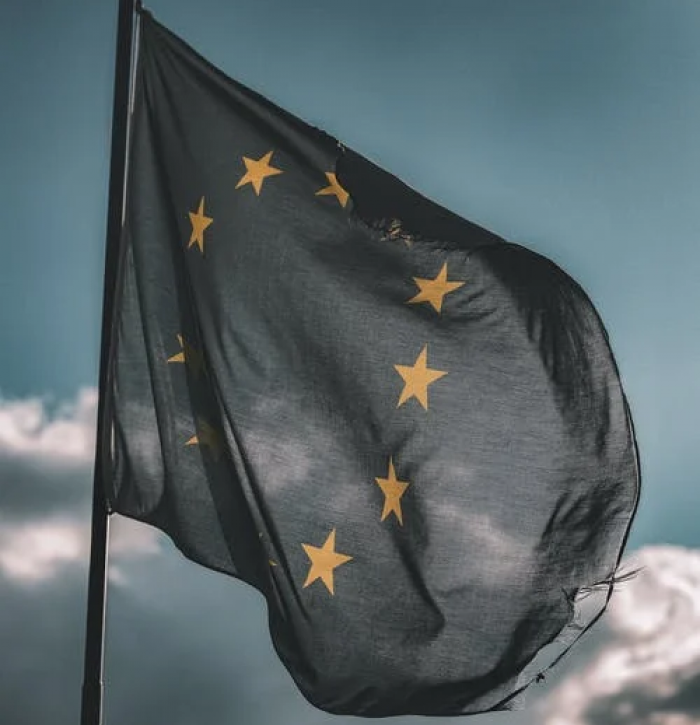 The lack of liberalization changes the perception towards the EU

According to a report by the Kosovo Center for Security Studies (KCSS), the mostly positive attitudes of Kosovo institutions, but also of citizens, have faltered in recent years, as the EU failed to fulfill its promise for visa liberalization. Even the EU's performance as a facilitator of the dialogue for the normalization of Kosovo-Serbia relations is not seen as satisfactory by the citizens of Kosovo, and most would prefer that the role of mediation in the dialogue and the resolution of bilateral disputes with Serbia be taken by the USA.

However, at various stages, the impartiality and effectiveness of the EU in facilitating the process and the commitment to push the parties towards the agreement have been questioned.

This has caused politicians from the region to express their skepticism towards the EU with accusations of a selective approach when it comes to relations between Albanians and Serbs. This was also manifested with the last visit of the EU emissary for the Kosovo-Serbia dialogue, Miroslav Lajçak. In addition to meetings with state and party leaders, Lajcak visited North Mitrovica, which is populated by a majority of Serbs, where he met with the mayors of the northern municipalities.

In Lajçak's publication regarding the meeting, the Mayor of Presheva, Shqiprim Arifi, reacted, calling the approach of the EU shameful, meeting with the Serbian minority in Kosovo, but not with the Albanians in the Presheva Valley.

For years, representatives of the Presheva Valley have been seeking to be included in the Brussels dialogue as they have complained that they face the worst forms of discrimination. Their request is the implementation of reciprocity when it comes to the rights of Serbs in Kosovo and the rights of Albanians in the Valley.

In fact, the issue of the Albanians of the Valley was mentioned in the first meeting between Kurti and Vucic, in June 2021. Among the four proposals that Kurti put forward, was bilateral reciprocity, including the issue of minorities. So, the Serbs in Kosovo should have their own National Council, as the Albanians and Bosniaks have in Serbia. However, these proposals were not accepted by Serbian President Aleksander Vučić.

Regional cooperation is among the main prerequisites on the way to EU integration.

But the dilemmas within the EU member states regarding the enlargement policy with the countries of the Western Balkans have often brought disappointment in the region. As a result, this has produced actions and initiation of steps that have caused divisions even within the states of the region, such as “Open Balkan,” which was launched in Novi Sad, Serbia, initially under the name “Balkan Mini-Schengen” The initiative began after a moment of disappointment in Albania and North Macedonia, as a result of the non-opening of negotiations for EU membership. Kosovo refused to join the Open Balkans, whereas Montenegro and Bosnia and Herzegovina participated in the last meeting as observers for the first time. In addition to the leaders of the region, in Ohrid was the Commissioner for Enlargement Oliver Varhelyi, the US ambassador in Belgrade Christopher Hill, as well as the US Emissary for the Western Balkans Gabriel Escobar who addressed the participants through a video link. The previous government led by Avdullah Hoti had pledged with the Washington agreement that Kosovo would join this initiative, but the current government refuses to implement it. Prime Minister Kurti continues to insist that the cooperation between the countries of the Western Balkans take place within the framework of the Berlin Process, which was initiated by Germany in 2014.

Despite the support offered to the Open Balkans by diplomat Varhelyi, until now there has been no official position from Brussels regarding this initiative. Kosovo officials described this as a project of Russia and Serbia, based on a statement by Russian Foreign Minister Sergey Lavrov, who said he supports the “Open Balkans.”

The gaps created as a result of the lack of clarity in integration have created ground for external actors such as Russia and China that have destabilizing goals, where their actions tend to hide behind economic cooperation.

In particular, Russia's attempt to extend its influence in the Balkans is continuing in parallel with the aggression on Ukraine.

This is being done in different forms, as there have also been accusations that mercenaries from Kosovo are fighting in Ukraine. The interior ministry of this country even published a list, in which it included Kosovo, claiming to have killed 61 mercenaries.

In order to curb Russian influence in the Balkans, Western officials in the case of Kosovo have sought constructiveness in order to end the status quo through a final agreement with Serbia, where all open issues would be resolved.

Positive signals that the Balkans will not be allowed to become a playground for Putin were recently conveyed by the Prime Minister of the United Kingdom, Boris Johnson. He even announced sending military experts to Bosnia-Herzegovina to counter Russian influence, strengthening NATO's mission as well as promoting stability and security.

Returning the attention of the European Union to the Western Balkans and dynamizing the process towards integration is essential to avoid the influence of non-democratic actors.

Although the citizens of Kosovo see no alternative to EU membership, their skepticism is mainly related to the time when this will happen and the lack of decision-making regarding visa liberalization. This establishes the necessity of advancing this relationship through a more proactive approach on the part of both the EU and Kosovo, in the sense of fulfilling the criteria that approximate EU membership.