Misinformative headline about the “long-awaited agreement” between Kosovo and Serbia

On June 21, Kosovo and Serbia finalized the roadmap for the implementation of energy agreements in the four municipalities of northern Kosovo: North Mitrovica, Leposaviq, Zveçan and Zubin Potok. The roadmap is based on the 2013 agreement, which was reached in Brussels as part of Kosovo-Serbia dialogue, mediated by the EU. The same agreement was confirmed in 2015. However, for nine years the agreement remained unimplemented, during which period the Serbian citizens in the north of Kosovo did not pay their electricity bills at all.

The latest agreement foresees a series of concrete actions that will be taken during this period, so that the Serbian citizens in that part of Kosovo pay for the energy used. As a first step, it was foreseen that a separate company - for electricity billing - would be licensed in Kosovo. 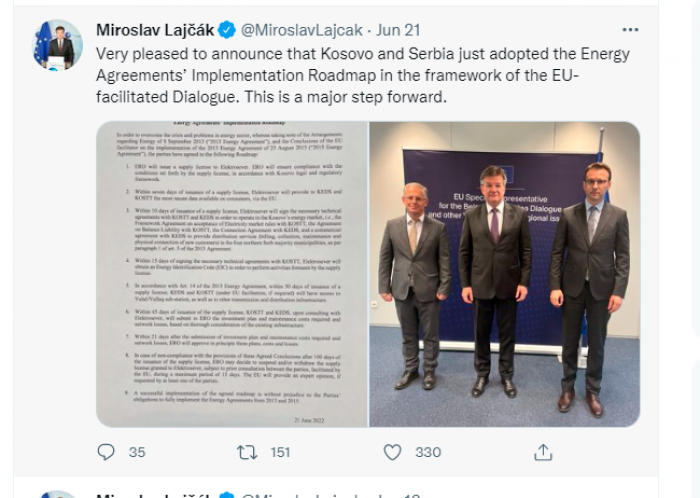 Thus, ERO after examining the application of the Serbian company "Drustvo Elektrosever D.O.O." has approved the request for granting the license for electricity supply to consumers in the four northern municipalities of Kosovo.

In the ERO communique, it is stated that “with the granting of this license, the beginning of the fulfillment of the conditions foreseen in the last agreement signed in Brussels is expected, and finally the normalization of the billing and collection of the consumed energy.”

As it usually happens after almost every political agreement between Kosovo and Serbia, various Facebook pages, unknown websites, but with a large number of followers and shares, start misinterpreting the news and misinforming the public opinion. This happened even after the last Kosovo-Serbia agreement. For example, LexoSot page on Facebook, which has over 43 thousand followers, distributed on June 28 a news story with the misleading title “THIS WAS UNEXPECTED/The news comes from the EU, next week Kosovo and Serbia will sign the long-awaited agreement which is.”, falsely presented as current news. 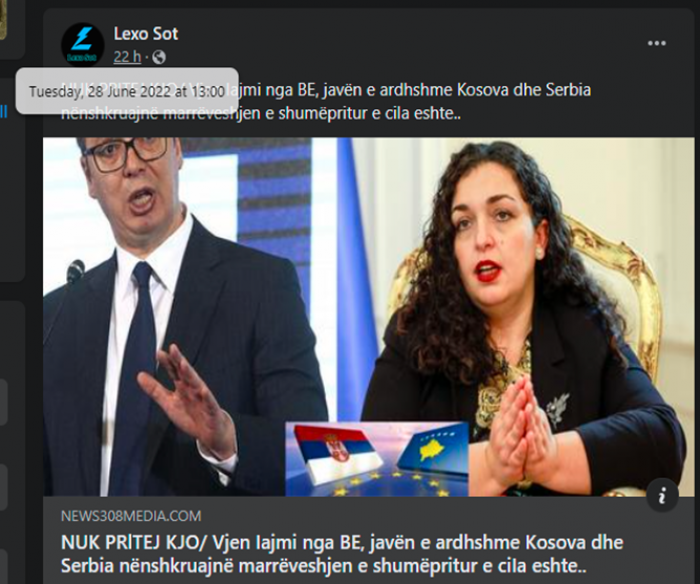 However, this link sends to a completely different page, news308media, which published this news on June 21. We came across this site several times during our monitoring as one of the sites that continuously publishes fake news. Also, some online media and other sites continue to spread unverified and untrue news, including presenting old news and statements as current news. 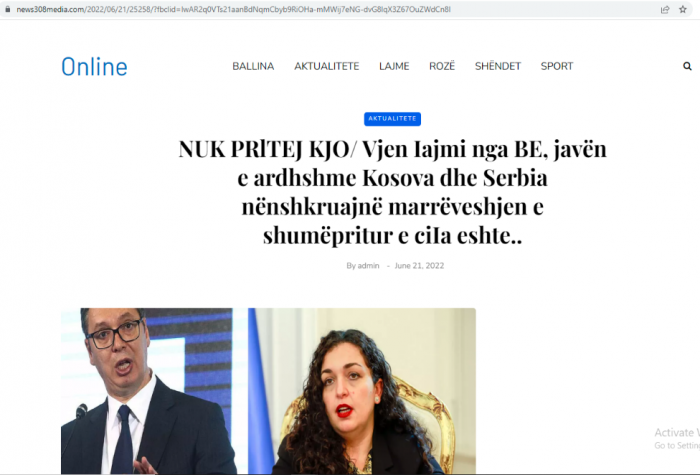