Parallel to the continuation of war in Ukraine, the Russian Federation is aggressively engaging in disseminating false information, including in the region and Kosovo. Recently, the Ministry of Interior of Russia has published a list, where it is claimed that over 7,000 mercenaries from third countries have been engaged in Ukraine. According to this ministry, 156 of them are from Kosovo whereby 61 of them have been killed.

In this list of nearly 7,000 mercenaries, there are no names or other data related to the identity of these persons, but only numbers. The list was published by the Tass State News Agency. Although access to Russian media for the Kosovar public is prohibited, there have been official reactions from Kosovo regarding this list.

Thus, the Minister of the Interior of Kosovo, Xhelal Sveçla, said that no Kosovar citizen is fighting in Ukraine, and that these are Russia's claims to justify the war in Ukraine. Meanwhile, Blerim Vela, who is the Chief of Staff of the Cabinet of the President of Kosovo, reacted through a post on his Twitter account, saying that the pro-regime media of Serbian President Vucic are reinforcing Russia's narrative in the region.

It should be noted that Kosovo has passed a law years ago preventing citizens of Kosovo from participating in wars outside the territory of Kosovo and that violating this law has criminal consequences.

The Prime Minister of Albania, Edi Rama, had a similar reaction during his last visit to Kosovo, saying that since the beginning of the war between Russia and Ukraine, when it comes to the fighters in Ukraine, Putin and Lavrov always mention Albania and Kosovo. 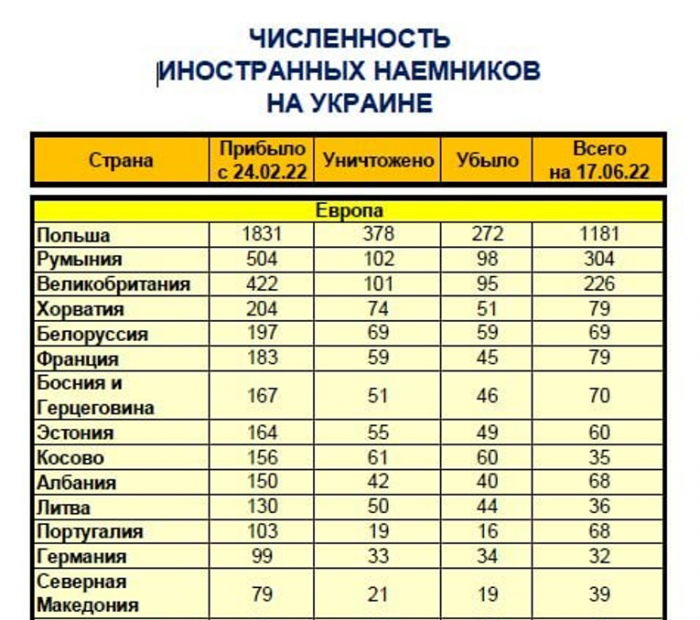 What seems strange is that the Russian Embassy in Albania, in the announcement it issued regarding the same list, referred to Kosovo as an independent state even though it does not officially recognize it. 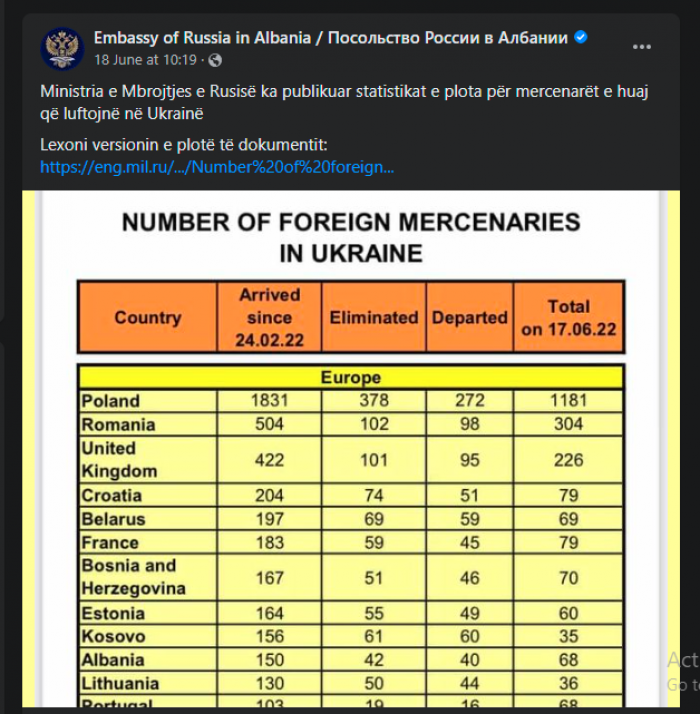 In order to misinform the public, and without supporting it with facts, the Foreign Minister of Russia, Sergey Lavrov, has continued spreading on Twitter claims that a large part of anti-tank weapons of the Stinger and Javelin brands from Ukraine pass through the black market in Kosovo and Albania. 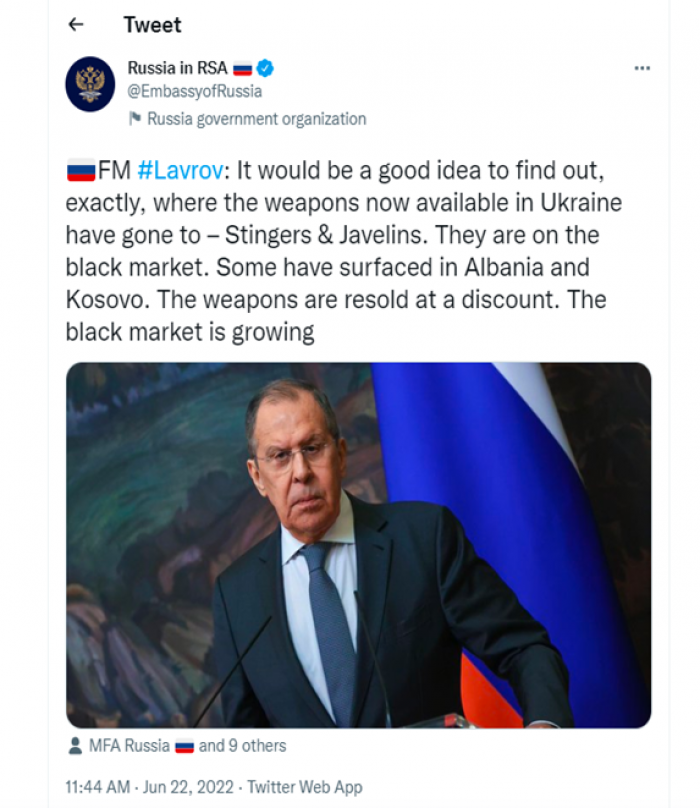 This is not the first time that Russia has spread such propaganda. Immediately after the start of the war, Lavrov declared that Kosovo is recruiting people to fight alongside Ukraine.