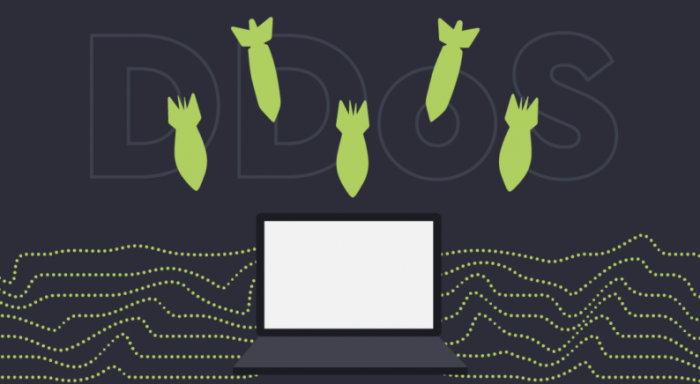 The wave of threats in the region with false bomb alerts has also affected Kosovo. Threatening messages from anonymous addresses were sent to the University, schools, airport and bus stations.

So far, no bomb has been found. But alarms spread panic, also challenging the capacities of security forces, which have stepped up control checks in recent months.

Bomb alarms started in December 2021 and intensified during the months of April-June. The attempt to create a situation of general threat comes at a time when Russian aggression on Ukraine is continuing, and the Western Balkans, including Kosovo, have not been immune to Russia's hybrid war. This is done mainly through false news and statements such as those denying the crimes against humanity committed by Serbia in Kosovo during the last war, 1998-99.

Bomb alarms have emerged as a new form through which it is intended to cause fear and tension among citizens, and consequently destabilize public order.

But unlike countries of the region, which provided more details about the perpetrators and the addresses whence the threats came, the Kosovo authorities have not provided any reasonable explanation. It is not known whether the lack of information is due to security reasons or the fact that the perpetrators of the threats have not yet been identified.

73 bomb alerts in one day

On the same day as two protests were held in Pristina - one by KLA veteran organizations demanding a pension increase in accordance with minimum wage and the other by KEK union demanding the withdrawal of funds from the Pension Trust - there were 73 false bomb alerts in the Gjilan/Gnjilane region and the Serb-majority northern municipalities. This activated the relevant police units, which carried out detailed checks at those locations. However, in the end all the alarms turned out to be false. Despite this, the situation was assessed as worrying due to the fact that the target of the threat were educational institutions of all ages. On this occasion, the Minister of Internal Affairs, Xhelal Sveçla called for calm and no panic, as he promised that they remain committed to providing security for all citizens. But the perpetrators of the threats and the addresses of where the threatening messages came from remain undisclosed.

The passengers who were on board the Munich-Pristina plane line transmitted the message of the pilot who had told them that the threat at Pristina Airport is of the highest level. The plane was forced to deviate to Skopje, awaiting instructions based on the situation at Pristina Airport. For about five hours no one was allowed to get off the plane.

Police also checked the runway, as there was information that there may be bombs on other planes. But after the checks, it was found that the alarms were false and the airport returned to normalcy.

In addition to panic among passengers, the alarm also had an effect in Switzerland. According to media reports, the Swiss security authorities, upon receiving the notification of the bomb alert at Pristina Airport, activated two “F / A-18 fighter jets.” A Blick reader reported “two loud noises” in the Arth-Goldau SZ area around 7:15 p.m. from airplanes flying at close range.

A false bomb alert at the airport was also issued on 2 June. Initially, it was suspected that the explosive device was on the Pristina-Rome flight. The bomb threat was made while the plane was in flight, causing great concern to passengers. But police officials said their health condition because of the panic was good. According to the airport police chief, after evacuating the passengers, the police searched the plane and luggages, but found nothing.

An increase of false alarms

These were not the only false bomb alarms, which started at the end of last year but have increased in intensity in the recent weeks.

On May 17 and 18, the Rectorate of the University of Prishtina and the high school “Xhevdet Doda” were alerted to explosive devices in their buildings.

The Rectorate received the threat directly at the official e-mail address from the sender “[email protected],” at 13:45. The threatening message was written in English with the content: “The bomb in Hasan Prishtina will explode now.” After receiving the threatening email, the police surrounded the area around the rectory and for several hours checked for bombs. But even this alarm turned out to be false.

Regarding these cases, the Basic Prosecution in Prishtina has opened a case of criminal offense for “false reporting.”

Penalties for those who make false alerts

The Law on Public Order and Peace provides penalties for anyone who makes false alerts. It stipulates that anyone who intentionally causes panic in public gatherings by falsely alerting against a fire alarm and a bomb threat will be punished for a minor offense. The perpetrator is punished with a fine of 30 to 500 euros or with imprisonment of up to 30 days.

Bomb alerts have also been received by the media of the Serb non-majority community.

One such was reported by the portal "kosovo-online" which operates in North Mitrovica. They have also attached the threatening email where it was written- “An explosive device has been placed in your premises, which will explode exactly at 22.15. Glory to Ukraine.” The email was written in Ukrainian and according to them was sent from the address named, “Azov Ukraine.” This alarm also turned out to be false.

The Kosovo-online portal has a large reach in the four northern municipalities of Kosovo and is reported to broadcast Serbian and Russian propaganda in Kosovo.

Interconnectedness with threats in the countries of the region

In fact, the government in Serbia has linked the dozens of received bomb threats to the situation in Ukraine. Serbian authorities claim that the form of the bomb threat is a “special hybrid war” against Serbia, linking it to the refusal to impose sanctions on Russia after the aggression on Ukraine.

In the last two months alone, several public institutions in central Belgrade and the airport in the southern city of Nis have been evacuated following bomb threats. According to the Serbian Ministry of Interior, 97 primary schools and some secondary schools received bomb threats but which turned out to be false after the inspections. There have also been threats that explosive devices have been planted on bridges and shopping malls in Belgrade.

Police there reported that, 8 e-mails came from Poland, 4 from the Gambia, 2 from Iran and Nigeria, others from Ukraine, Slovenia and Russia. According to them, the persons who sent threatening e-mails have been identified and since they are foreign nationals data are being exchanged through Europol and Interpol with the police in Sweden, Lithuania, Switzerland, Russia and Hungary.

In relation to Kosovo, identifying the perpetrators may be more difficult as it is not a member of INTERPOL, where the exchange of information would be more efficient.

Relations between Kosovo and Serbia continue to be fragile and in addition to occasional tensions on the ground, this was also manifested through false alarms. During the period when the bomb alarms intensified, the annual festival “Mirëdita Dobërdan” was held in Belgrade, which aims to promote cooperation between Kosovo and Serbia through culture and art. But the opening ceremony was halved after a bomb alert at the Cultural Decontamination Center. For about half an hour the premises were checked by the demining unit, who confirmed that the alarm was false. The bomb threat came from the same email address from where another bomb threat was issued after the opening of the "All Our Tears" exhibition at the NGO Hub. This too turned out to be a false alarm.

Since the beginning of the aggression against Ukraine, bomb alerts have become common in other countries of the region as well. While, for the first time they have affected the Srpska Republika and the canton of Sarajevo.

Police there have reported threatening emails in primary and secondary schools. There have also been bomb threats in Montenegro, whereas Albania and northern Macedonia have not yet been affected by these threats.

Although at this stage it is not known whether the fake bombers were related to the countries from which the messages were sent, the manner and the institutions where the threats were sent were similar in all countries. Schools and airports were the target.

Such alarms in the region raise the need for relevant security institutions to increase the level of preparedness and exchange information if the messages sent are interconnected and have the same purpose, to incite fear and panic among citizens and thus destabilize the social and political order.