Manipulation of incidents in Serb-majority areas in Kosovo

Serb officials continue to label incidents/thefts in Serb community areas as ethnically-based, claiming they are in sync with statements of Kosovo politicians, aimed at expelling Serbs from Kosovo. The so-called Office for Kosovo in the Government of Serbia published a press release on May 16, claiming that there were new attacks on Serbs, where two shops in the village of Prekovc in the municipality of Novo Brdo were looted.

Without any basis or evidence confirming the ethnicity of the persons who caused them, this office has emphasized that all attacks and incidents that occur to Serbs in Kosovo are synchronized with the statements and attitudes of Pristina politicians. According to them, the lack of talks and peaceful coexistence with Serbs is directly inciting ethnic violence. 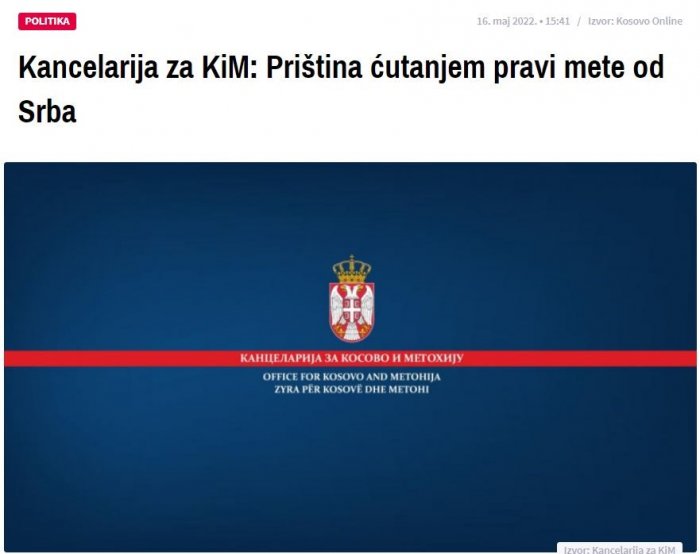 Another statement from this office posted on May 8 contains similar motives and aims to hold Kosovo institutions accountable for the incidents. 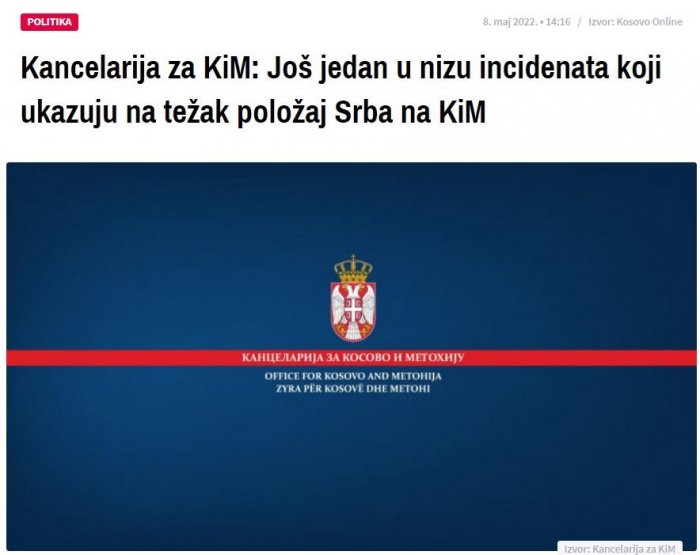 Kosovo online published the press release of the so-called Office for Kosovo in the Government of Serbia. Without a single fact or information from Kosovo Police as to who committed it and the purpose behind it, it states that the theft and robbery of the house of Dragolub Stevic from Gracanica is another incident that testifies to the difficult position of the Serb people in Kosovo.

In another case, this office also commented on a statement by President Vjosa Osmani, after Kosovo applied for membership in the Council of Europe.

The director of this office, Petar Petkovic responded to Osmani, saying that Kosovo is the personification of crime and corruption, that brutally violates the human rights, especially of the Serbs.

Petkovic did not base this statement on any international report analyzing the rights of non-majority communities in Kosovo. Petkovic's claim was also spread on KosovoOnline. 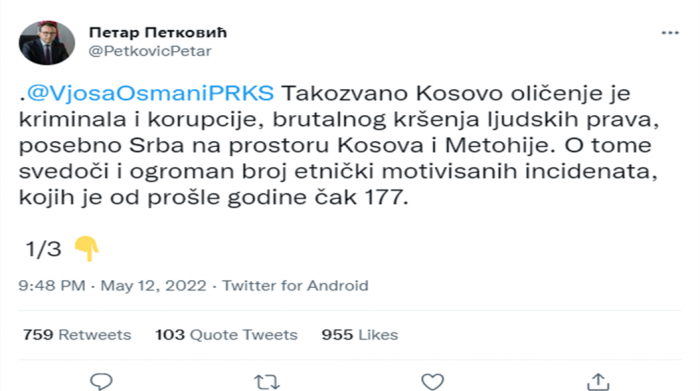 Regarding the Serb community in Kosovo, there have been similar unfounded statements even before. The chairman of the Committee for Kosovo in the Assembly of Serbia, Milovan Dreçun, in a statement for PinkTv in Serbia, said that the strategic goal of Pristina is to expel the Serbs and create a clean Kosovo to then unite with Albania. 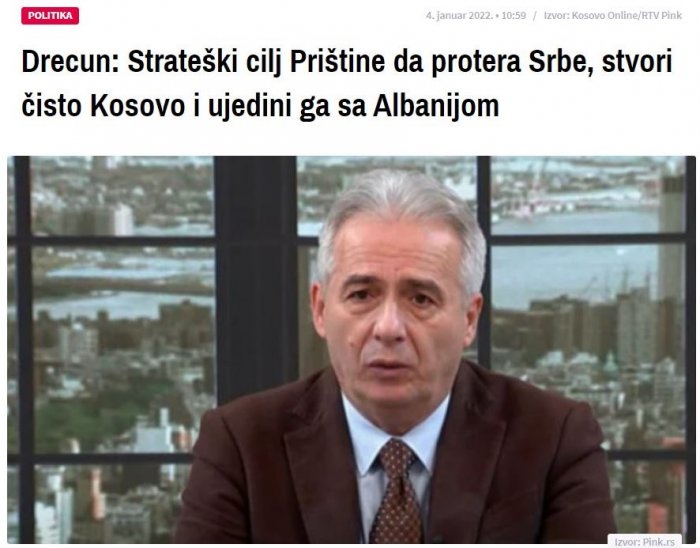 In addition to being pure manipulation, Kosovo has consistently been committed to the return of displaced Serbs and the advancement of their rights. There is even a special minister in the Kosovo government for the return of communities to Kosovo. This minister comes from the Serb community in Kosovo, who is also the chairman of the Serbian List.

Such allegations without evidence/facts and with the aim of misinforming the public were also made by the Prime Minister of Serbia, Ana Bernabic. In an interview with TV Pink in Serbia, she said that the recent developments in Kosovo are worrying and that there is an escalation of violence.

“Many things can be seen, we have a situation with the monastery of Deçan, Kurti denies basic human rights, does not allow people to vote in elections. "We are concerned, we ask our partners in the EU and the US to take this into account and help us maintain peace and stability,” Bernabic said.

The Bernabic interview was published by Kosovo online in Kosovo.