After the Russian invasion of Ukraine and the dramatizing of the situation due to the prohibition of Serbia’s elections in Kosovo, there was noted a large increase in the dissemination of fake news. Online media and some Facebook pages continue to spread unverified and false news, including presenting old news and statements as current news.

One of the media that reports and distributes unverified news are “Alba Sky”. This media has over 61 thousand followers on its Facebook page and recently published an article with the headline 'Serbs out of control! Croatian KFOR Battalion Patrols Western Kosovo!' The article says that KFOR in Kosovo has said that Croatian troops have joined the regional command of the mission in the west, making it the ninth state in the unit and that Croatian soldiers will be integrated into a kinetic (mobile) battalion, which will patrol western Kosovo. 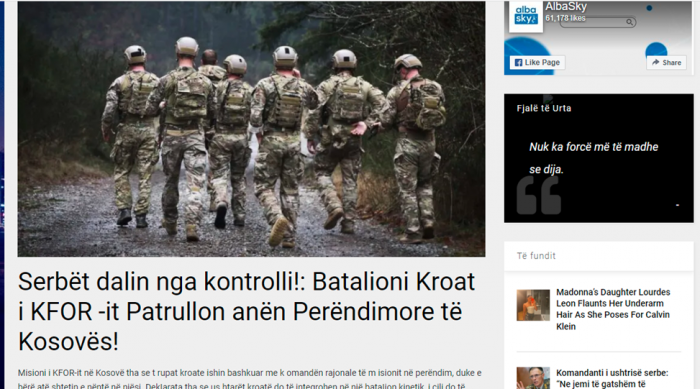 Headline manipulation is intentional in order to attract more readers, and consequently also clicks. But the impact that the dissemination of such news can have on citizens is the spread of misinformation and panic, especially given the tense relations between Kosovo and Serbia. The statement published in this news was issued by NATO through their Twitter account, in 2021, but the media in question has presented it as current news. 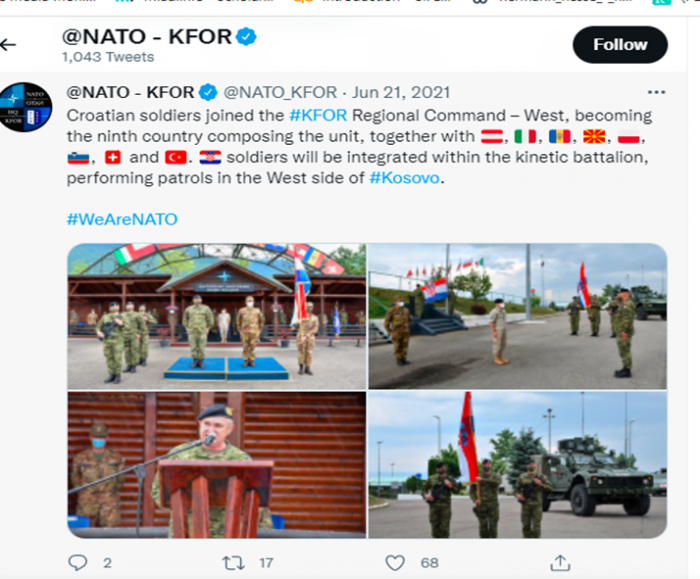 In March, the news was disseminated claiming that the five European Union member states, Greece, Spain, Cyprus, Romania, and Slovakia were expected to recognize Kosovo's independence. This news was spread by several Facebook pages like LajmeBuzz and Online, which have over 3 thousand followers on their pages. They quote a statement by the Prime Minister of Kosovo, Albin Kurti, according to whom Kosovo will apply for EU membership this year, and that he expects Kosovo to be in the Council of Europe and NATO's peace program too. 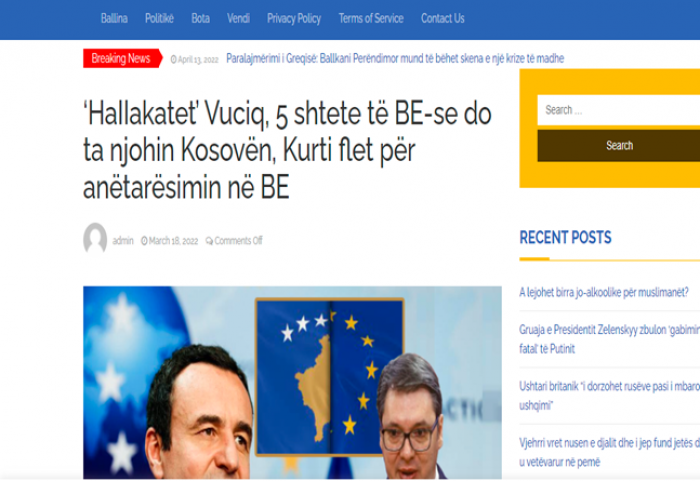 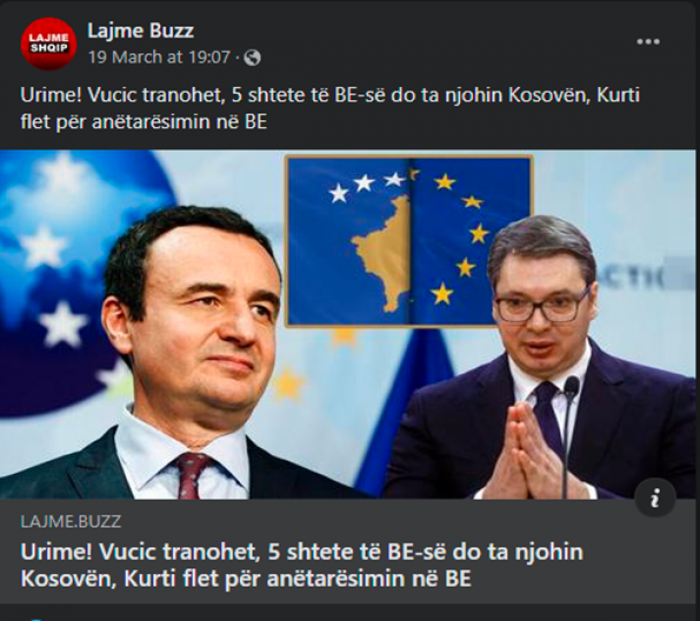 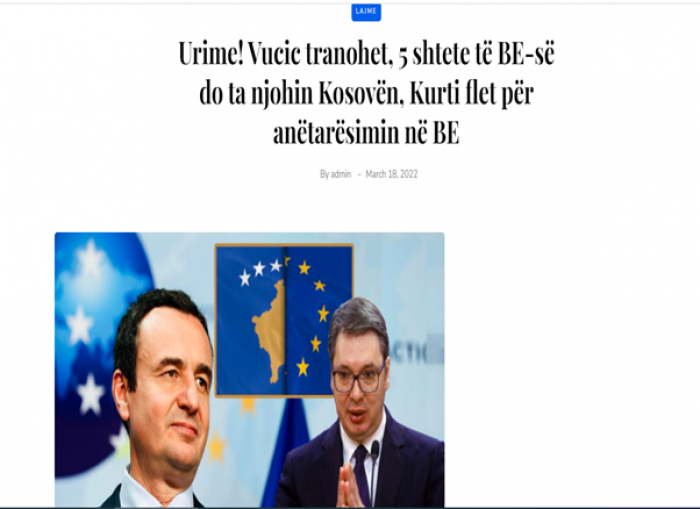 Another example is the news republished by "Alba Sky" on April 12, 2022, with the headline “Congratulations! Vucic goes crazy, the 5 EU countries will recognize Kosovo, Kurti talks about EU membership.” Although the statement of the Prime Minister of Kosovo, Albin Kurti is correct, the headline is in contradiction with the content offered. It does not mention Serbian President Aleksandar Vucic, nor the recognition of Kosovo's independence by the five European Union countries.

*This article was originally written in Albanian.