Misinformation of public opinion in Serbia as an electoral strategy 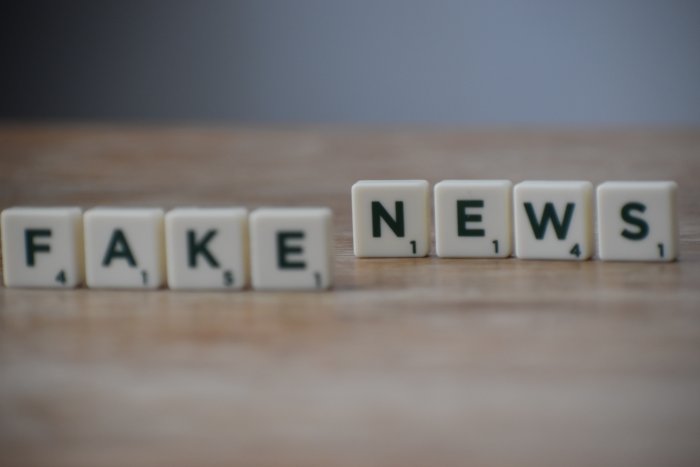 It has now become customary that in every election held in Serbia there’s an increase in the nationalist discourse of political leaders there regarding Kosovo. Politicians on the left and right, in power and in opposition, compete over who is tougher in relation to policies they would pursue towards Kosovo if they won the elections. The same thing happened during the last campaign for the parliamentary and presidential elections that were held on April 3.

Since the declaration of independence, an unacceptable practice had been established in Kosovo that every Serbian election is held in Kosovo as well. Until now, they were administered by OSCE. Briefly: an independent country (Serbia) organized elections completely unhindered in another, also independent country (Kosovo). This practice was put to a stop by Kurti Government, which at the same time called for a permanent solution to be found for the participation of Kosovo Serbs in the elections in Serbia. From the Kosovar side, there was goodwill to enable Serb citizens the exercise their right to vote, but that be in accordance with internationally recognized practices. Kosovo’s offer was rejected by Serbia and Vucic.

The winner of the April 3 elections in Serbia, as expected, turned out to be incumbent President Aleksandar Vucic and his party. More often than not, Aleksandar Vucic has attempted to build a fantastic narrative in relation to Kosovo, not neglecting his efforts to misinform Serbian public opinion about what is supposedly going to happen in Kosovo. Thus Vucic, during the election campaign, in an interview on state television said that “If Serbs start organizing the elections, the Albanian police will shoot at them. In that case, we would have tens and hundreds of dead.” This false alarm by President Vucic was issued for at least two political objectives. The first, to create a situation of panic and tension between Serb citizens in Kosovo and its institutions. And secondly, by manipulating through such statements, Vucic tried to give the message that despite the alleged “provocations” from the Albanian side, the Serbian side would show prudence. Never mind the fact that the very organization of elections in an independent territory is in itself a provocation.

Nevertheless, these statements were unfounded and the situation on the ground proved the contrary. Moreover, Vucic did not rule out the possibility of an escalation of the ongoing conflict in Ukraine as a result of Russia's aggression. According to the Serbian president, “there are people waiting for the opportunity to provoke war.”

Vucic’s subordinates also spoke in threatening and insulting tones towards the Albanians, such as the Minister of Defense Aleksandar Vulin, well known as a genocide-denier, rehabilitator of war criminals, and promoter of the ‘Serbian world’.

Referring to the suspension of a Serb judge from Mitrovica due to her participation in the meeting of the Security Council of Serbia, Vulin threatened that this act is a step toward pulling Serbia into war with Kosovo.

“This is the first step towards pulling Serbia in the armed conflicts in Kosovo, which the Albanians are undoubtedly preparing. If the European Union, which is the sponsor of the Brussels Agreement, does not convene a meeting in Brussels and stops every kind of violence against Serbs in Kosovo, then we can rightly say that Kurti's attack did not come from his hate-poisoned head,” said Vulin.

There was a series of acts that preceded Serbia’s war threats which are related to presidential elections there.

Following QUINT's confirmation that the Kosovo government rejected Serbia's elections, Vucic convened a meeting of Serb politicians and other officials who are part of Kosovo's independent institutions. Among the participants was Milan Radojcic - known as the leader of North Mitrovica Serbs. He and several Kosovo Serbs were included in the US Treasury Department's sanctions list last year.

Radojcic was also declared wanted in the case of the murder of former Kosovo politician Oliver Ivanovic. But after a while, he was removed from the search list by the decision of the prosecutor of the case. Recently, the Special Prosecution placed him on the list of wanted persons again.

Numerous statements with hostile tones were also issued by the politicians of the Serbian List, which were distributed to the local media in Kosovo.

The following day after meeting with Vucic, Kosovo Judicial Council suspended the President of the Basic Court of Mitrovica, Liljana Stevanovic. As a result, Lista Srpska - the only entity with official Belgrade support to represent Serbs in Kosovo institutions - staged protests in North Mitrovica and Gracanica.

Although it was announced as a protest after Serbs were not allowed to vote in the April 3 elections, its organizers had only one request - to lift the suspension of the president of the Basic Court in Mitrovica, Stevanovic. In support of the judge, all Serb judges, as well as Serb political representatives, resigned from their positions.

But other Serb entities that are Vucic's rivals described the protest as an attempt to manipulate the Serbs. According to the Kosovo Serb Party, “the rally was evidence of the confusion of the SNS authorities and the fear of their subsidiary - the Serbian List.”

The rejection of elections

For the first time, a Kosovo government now led by a party that had opposed previous practices did not allow the opening of so-called collection centers, which would be managed by the OSCE Mission in Kosovo. The last parliamentary elections that Serbia had organized for Serbs in Kosovo as well, are those of June 21, 2020. The votes collected in some polling stations were then sent for counting in Raska and Vranje.

On the eve of the protest, concerns about the risk of escalation of the situation were expressed by the heads of missions of France, Germany, Italy, the United Kingdom, the United States of America, and the European Union.

“QUINT and the EU also reiterate their calls to Kosovo and Serbia to act prudently and refrain from any rhetoric or action that could raise tensions,” QUINT wrote.

The protest was peaceful and without incidents.

Through a video on social networks, Prime Minister Kurti thanked the Serbs in the Serbian language for the peaceful protest, calling on them to remain calm and trust Kosovo institutions, while stating that he learned about the suspension of the Serb judge from the media.

“But, I must say, it would be more credible if we were to protest, for example, for social justice, faster development and the fight against crime and organized corruption. Please do not be influenced by the authoritarian regime in Belgrade. They are not interested in the rights and benefits of Serbs in Kosovo. They are trying to destabilize Kosovo for their electoral objectives and perhaps even for the war-mongering interests of some great power,” said Kurti.

QUINT efforts to persuade the government

Despite the efforts of the QUINT countries to find a modality that would guarantee Kosovo Serbs the right to vote in the Serbian elections, they failed because there was no agreement between the two parties. The inability to find a formula for organizing Serbia's elections in Kosovo was noted after two letters arrived at the EU Office in Pristina. One from the Serbian Liaison Officer, who did not mention Kosovo Government or ask for elections to be allowed, but only cooperation to enable the OSCE to collect the ballots.

Meanwhile, Kurti in his letter listed the problems with the letter of the Serbian Liaison Officer. According to him, if the elections were allowed to be held according to Belgrade's proposal, the Constitution would be violated. Kurti argued that referring to them as ‘eligible voters’ and not ‘voters abroad’ is inconsistent with international best practices.

But the Government's decision was met with criticism from QUINT states who said that this approach undermines Kosovo's European aspirations.

“With this decision, Kosovo’s Government failed to demonstrate its commitment to the principle of protecting the civil and political rights of all its citizens, including members of minority groups. Such an attitude of the Kosovo Government is not in line with our values and principles and will undermine their European aspirations,” said the QUINT statement.

Nevertheless, Serbs living in Kosovo and who hold Serbian citizenship exercised their right, whereby in an organized manner through dozens of buses they went to vote in nearby Serbian cities, in the April 3 elections.

This article was originally written in Albanian.