A few days before the elections in Serbia and after Prime Minister Albin Kurti decided not to allow the organization of Serbian elections in Kosovo, a protest was organized in North Mitrovica led by the head of Serbian List, also the Minister of Returns and Communities in the Government of Kosovo, Goran Rakic. In the week when Serbs protested, there was misinformation about the alleged mobilization of the army, where Serbian politicians warned about the possibility of getting involved in an armed conflict with Kosovo. Some Kosovar media fell into the trap of the article published by a Spanish media, which cannot be found on its official website. The article relied on unconfirmed videos and photos which were posted on social media.

“Serb Armed Forces are moving towards the border with Kosovo in increasing numbers” was the title of the story published by the Spanish media “The Political Room” on March 26. 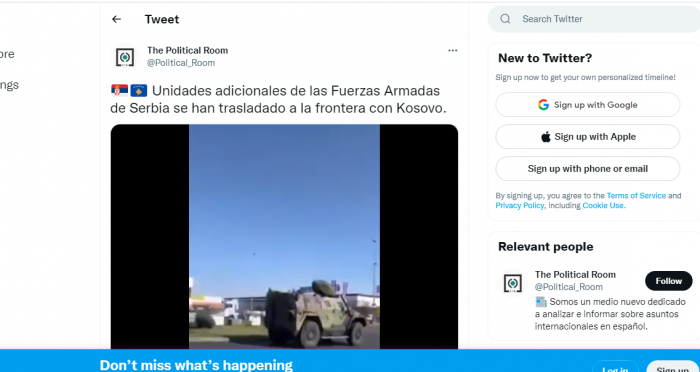 No evidence was presented there that the army is moving towards the border, except for a twitter account originating in Lebanon. A video was distributed along with the text claiming the movement of Serbian military vehicles towards the border with Kosovo. The same article was republished by an Italian media.

Citing the Spanish media, this news was published by the Kosovar media lajmi.net, syri.net, and botasot.info. 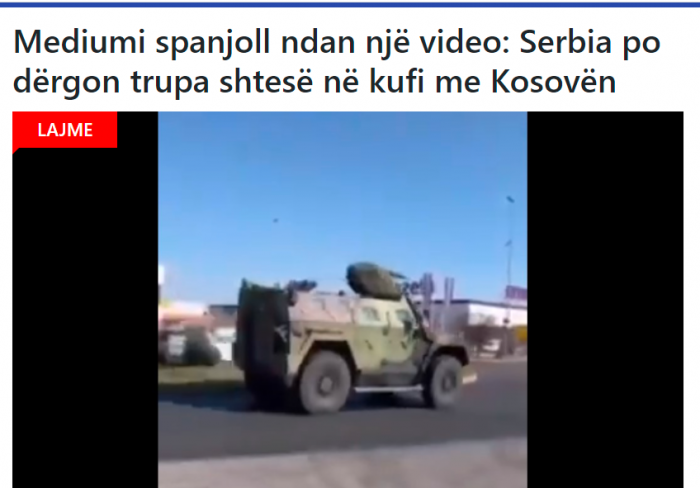 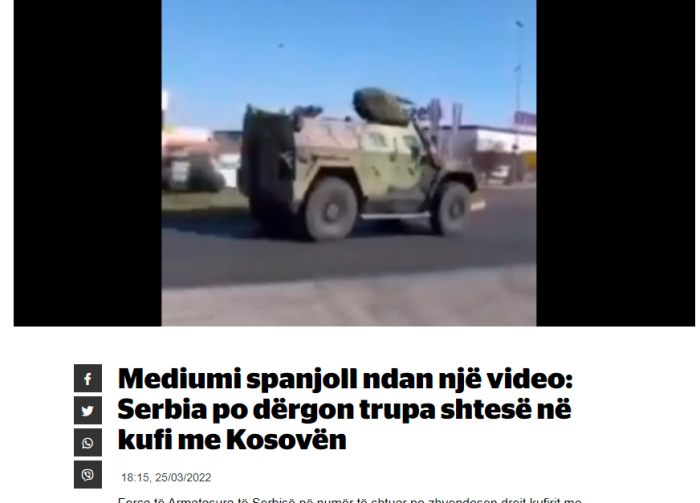 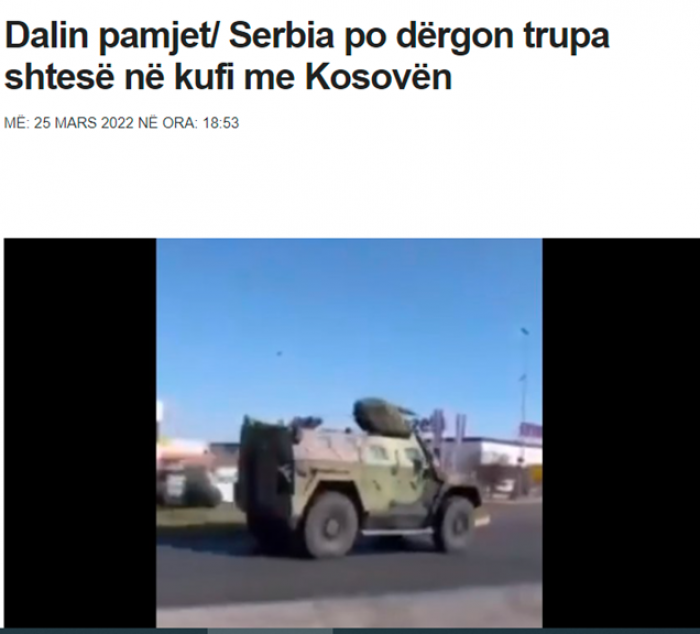 The only explanation offered by the media that copied and published the same content was that they could not “verify the authenticity of this video.”

During this period of media reporting there continued the dissemination of false news and war-provoking discourse by Serbian politicians, thus eclipsing the efforts for substantive dialogue aimed at reaching a comprehensive agreement that would lead to the normalization of relations between Serbia and Kosovo.

Regarding the misinformation of the public, another news item was published by Albasky.com media with the title “Serbia Just Took This Decision Against Kosovo, Unbelievable What It Did Now !!.” This news does not talk about any decision taken by Serbia but only says that Serbia took this decision against Kosovo and that Aleksandar Vulin, who was also a minister of the Milosevic government during the war in Kosovo, together with the President of Serbia Aleksandar Vucic, as well as chief diplomat Ivica Dacic, are known for such actions. However, this is a concrete example of disinformation and misinformation because the title of this news is biased and false because it is not consistent with the content. 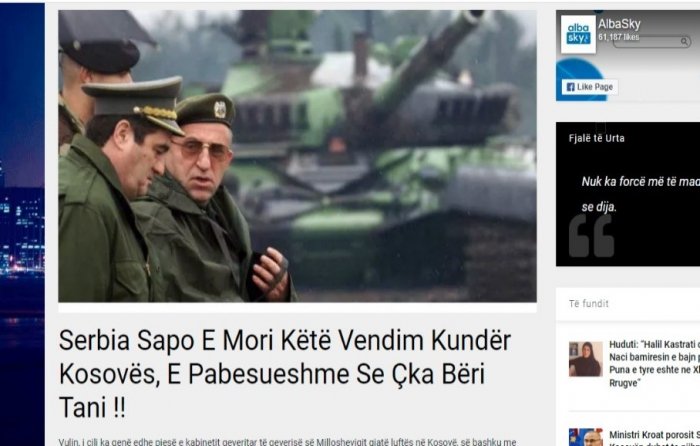 This news was also published by another media, Gazeta Aktive which has over 91 thousand followers on Facebook. 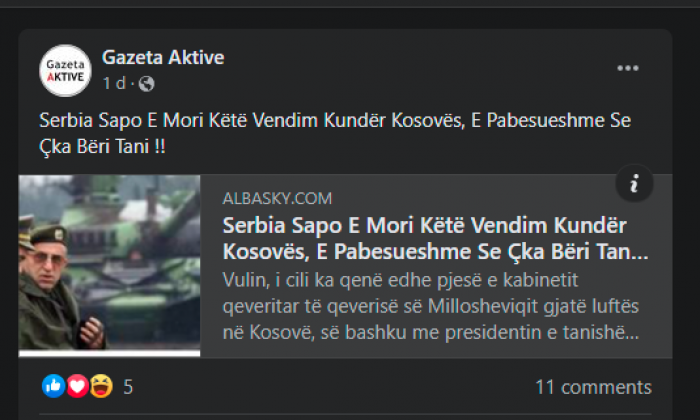 Another case of public misinformation was carried out by the same media Albasky.com.

The headline of the news is “CONGRATULATIONS!! Here is the date when we will move without visas,” but the news does not specify a date when this will happen, only a statement by Viola von Cramon who in an interview for Interaktiv KTV, said that after April it will be known if any decision will be taken regarding the unblocking of visa liberalization for Kosovo. 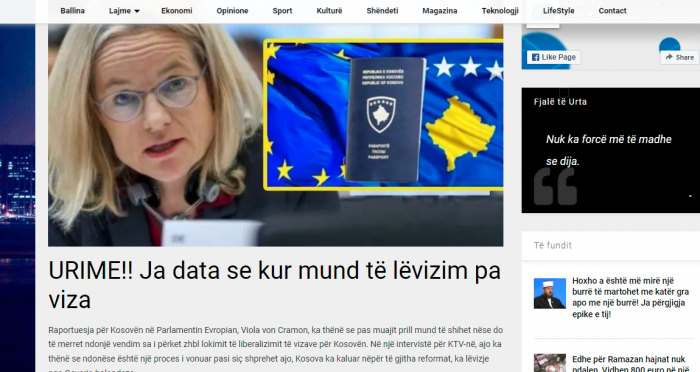 The title is false and misleading because it does not match the content. Therefore, there should be prior verification of information, news, and statements published by the media and Facebook pages, and other social networks, so as not to be misinterpreted by others and to avoid misinformation to the public.

*This article was originally written in Albanian.