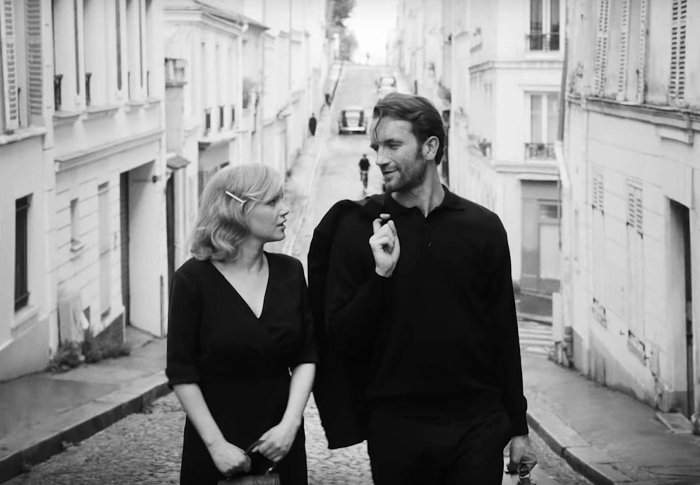 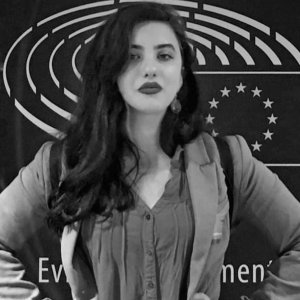 In the dilapidated countryside of 1949 Poland, while the frost between the Western and Eastern blocs has already settled, conductor and musicologist Wiktor (Tomasz Kot) and producer Irena (Agata Kulesza) are touring the villages one after the other, in search of talented young adults who can sing and dance Polish folk songs. The aim is not so much to resurface the authenticity of Polish culture and tradition, as it is to entertain party officials in theatrical evenings, further spread the Soviet propaganda, and if possible boast Poland’s success to its counterparts in the East, who might get a taste of it once in a while through reciprocal visits.

Outside the building where the future artists are meant to rehearse, the banner “We welcome tomorrow!”, suddenly falls together with the worker trying to hang it properly. A striking irony for the only “future” totalitarianism was able to bring to its citizens was a prefabricated past where nationalism was used as an instrument of further oppression and agitprop.

Zula (Joanna Kulig) enters the scene as a young woman—in the first sight naive and innocent—with her hair braided and a bold uncomforming attitude, only to be quickly revealed to the intelligent and rebellious character that she truly is, who on top of everything has attempted to murder her father as a response to his abuse. “He mistook me for my mother, so I used a knife to show him the difference”, she confesses to Wiktor. Pretending to come from one of the villages, she is trying to make room for herself during the probation time. Wiktor is instantly drawn to her, in his words, due to her “spirit, energy and originality”.

“Cold War” (2018) is an epigrammatical movie, created in velvet chiaroscuro by Academy-Award winning Polish filmmaker and producer Paweł Pawlikowski. A dedication to his parents, the movie centers on Wiktor and Zula’s love story—who are both named after his father and mother. Nevertheless, this is not a biography but more of a depiction of the couple’s intense and destructive relationship, repeatedly coming together and falling apart. “It’s the ghost of my parents, in a way, of their complicated relationship,” Pawlikowski said in a 2018 interview.

Its compositional precision carries the audience both in awe and anxiety as it follows step by step the two impossible lovers. Their journey passes from Warsaw to Eastern Berlin to Paris to Yugoslavia and back all over again; from old-time Polish music, to the “bourgeois” jazz and “degenerate” rock ‘n’ roll tunes. From the “workers” of the “cultural proletariat” to the snobby intellectuals of Parisian cafés and clubs. This fast flow of change between settings and music, politics and internal restlessness mirrors in a way the flow of Wiktor and Zula’s relationship.

At the same time, the turmoil helps us witness the characters as they further develop: Zula changes from a young woman to a fully adult, mischievous in the same typical way but more tender; forced into motherhood with a child she cannot stand and a husband—the official emissary—she detests but whom she has married only to help lower Wiktor’s incarceration period as a “traitor” and “foreign agent to the British”. A time that he serves after willingly going back to Poland from France in search of Zula, in another cat-and-mouse-game of theirs, aware of what would happen to him there.

Nevertheless, Wiktor’s metamorphosis reduces him to submission. In Paris, during his exile days, he gives in to the Westerners’ judgmental expectations of his background considered “exotic”. He behaves as it is expected of him, which later becomes unbearable for Zula’s uncompromising and proud nature. His illusion of freedom becomes Zula’s tormenting prison, “worse” as she states, “than her days in Poland”. The alienating Western environment challenges their relationship and identities. A social butterfly, Zula’s is used to thrive in collective spaces like the Polish communist one unlike Wiktor whose introvert nature, makes it easier for him to embrace the Western individualism.

Can they be in love in an alternating space that bears the power to degenerate their relationship into a cold war of its own? Is love ecstatic only due to its external conditions, in this case because it is a secret and scandalous affair for the political morals of the time? “I will be with you until the end of the world but I am ratting on you”, Zula tells him at the very beginning. “I go to Kaczmarek’s (Borys Szyc) every week and “confess” to him. But I never say anything that could hurt you.”

Their intimacy however seems almost unbreakable. They trust each other no matter the asphyxiating distrust that constitutes the pillars upon which the state-apparatus and an entire society thrives. The only distrust they bear against each other is the possessive and egoistic one of every lover: do they only love each other or is this relationship threatened by others? Zula ironizes Wiktor’s past lovers. He goes violently mad when in a burst of anger, she compares him to one of her current lovers, stating the latter’s excellent skills into fucking her. When reunited, after another long absence, they both make sure to ask each other if they are with other people, the answer to which is almost always positive but in spite of it, this does not stop them from sleeping together. Actually, it seems to replicate their love for each other, just like Paolo and Franceska are tossed and whirled in the tempests of passion in Dante’s second circle of Hell..

Their passion is best depicted in the scene when they are both dancing—actually—clinging onto each other while in refugee in Paris: reckless, child-like even. A culminating scene, overwhelmed by the loud music and the exhilarating mood, the intensity of which sets the entire ice age of European history of the second half of the twentieth century on fire.

Another strong element is the continuous replication of them exchanging glances during the different fragments of the film: when they stare at each other from across the café or secretly during the rehearsals; in the train surrounded by their colleagues or during the performances surrounded by the entire world.

Stephanie Zacharek, the chief film critic for Time magazine, writes: “When the line between one country and another can shift overnight, where, exactly, is home? Wiktor and Zula find it and lose it, again and again, in each other’s eyes. Their gaze becomes our country too.”

In the opening first lines of her review of Pawlikowski’s masterpiece she also concludes: “Every love affair requires a border crossing. The person you see across a crowded bar, or meet at a dinner party, or find on a dating app is another country altogether—maybe a nice place to visit, but do you really want to live there? To find out, you must first put a foot outside your own territory. And after that, falling in love means blurring the lines on your personal map. Where does your country leave off and your beloved’s begins? It can be delightful to merge nations and make a home right in the middle. Yet people, like countries, can be stubborn, unmanageable things. When two people lose sight of each other, sometimes they must redraw the borders around them to find what they’ve lost. And sometimes, when someone has hurt you too much, you need to build a wall between you and the other and call it a day, becoming a nation of one once again.”

“Cold War” represents not just Poland’s iron context between the 1950s up to 1964 but that of the entire Eastern block during this grave historical moment. Albania under Enver Hoxha’s dictatorship became a solitary confinement of its own, where under the Stalinist propaganda and the absolute isolation that followed later in the ‘80s, love found its way in unlit allies, cooperatives’ corners or university corridors. So did abuse that Pawlikowski cares to depict in the movie when Zula denounces Kaczmarek, the official Polish emissary, to Wictor, stating that while pressuring her to spy on her colleagues he is also harassing her. 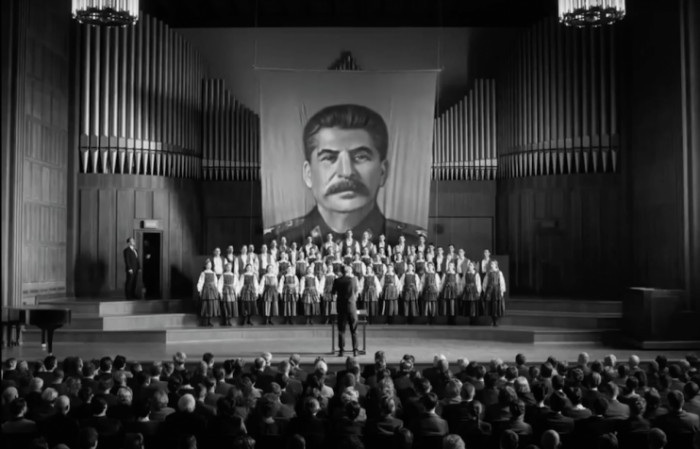 It is worth mentioning that all of the female characters in the movie are built up in a just way. These women are intelligent, strong, courageous and independent, despite the given circumstances. They stand up for themselves and often for others too (Wiktor is brought out from imprisonment thanks to Zula). Moreover, the entire social burden is reproduced on their shoulders.

The movie ends morbidly, tearing the audience apart: Zula and Wiktor finally decide to run away for good though this time without crossing the Polish border but the one that constitutes their love under totalitarianism. They promise eternal love to each other in front of an absent God, in an abandoned church, with the only witnesses being themselves. After crossing their hearts in prayer, they swallow cyanide pills. Their suicide attempt might be read in a metaphorical perspective. After all, how can love evolve in the lack of freedom? Dictatorship murders love in the long term. While passion can last temporarily, love requires to be nurtured all the time and this nurture demands proper conditions or the only way of survival for love becomes the radical attempt to transform everything around. Wiktor and Zula do not have this power in reality.

In addition, the film opens up a philosophical discussion about love, freedom and how relationships are perceived in different time and spaces, behind bars or under the clear blue sky. “Cold War” is an art house film, at the same time, an invitation to deconstruct the past and critically analyze the present, reminding us to not take for granted the world we live in and each other.