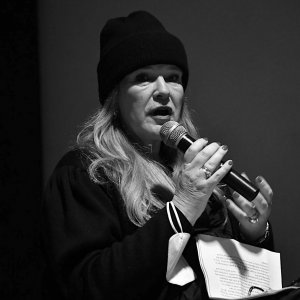 Hedwig Fijen studied History and History of Art at the University of Amsterdam. She is founding director of Manifesta, the nomadic European biennial, since its origin in Rotterdam in 1993. Under Fijen’s direction Manifesta has developed into the fourth most influential biennial in the world. Over this period, Fijen has transformed the biennial from a contemporary art platform into an interdisciplinary platform for social cultural change. For her work in the field of European cultural developments she has recently been appointed as an Officer in the Order Oranje-Nassau by the the King of the Netherlands.

Fijen oversees all aspects of the Manifesta organization including the selection of Host cities and thematic content. The final execution of the concept of the cultural mediator is her responsibility. Fijen has worked in the international field of contemporary culture, art and urbanism for 30 years in a variety of countries. Before Manifesta, she worked as a curator at the Netherlands Office for Fine Arts and has worked in Eastern Europe, the Soviet Union, Cuba and many other countries. She has lectured extensively and wrote many articles in the context of Manifesta as a biennial.

Who Owns the City? 11:16 - 01 korrik 2022 / Life today seems increasingly unpredictable and the current media discourse shows a future threatened by polarisation, climate chaos, rising economic inequality and the impact of the pandemic and the Ukrainian- Russian war. I am writing this essay at a crucial time, for Manifesta, the European...